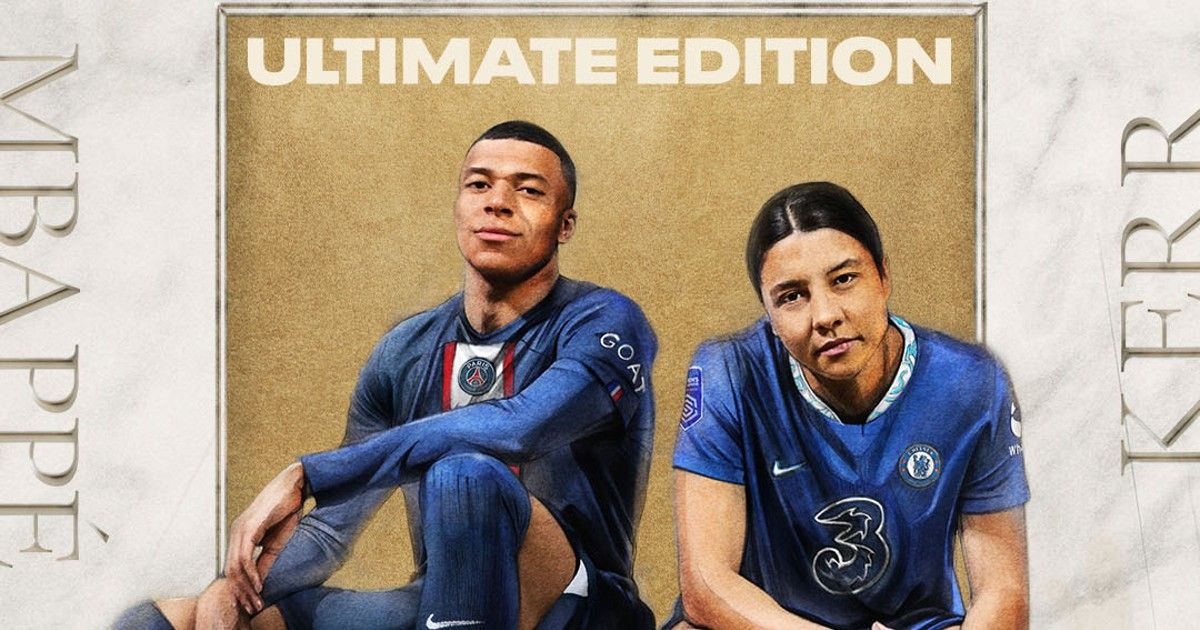 EA is gearing up to reveal the next game in the FIFA franchise, FIFA 23. Just like previous games in the franchise, FIFA 23 is expected to deliver the same action-packed football experience with licensed players, teams, and stadiums. What’s different about FIFA 23 is that it’s the last time an EA football game will be under the FIFA banner. The popular football series will be called EA Sports FC next year onwards as part of the rights negotiation process with FIFA.

EA has revealed the FIFA 23 Ultimate Edition cover stars including Paris St-Germain’s Kylian Mbappe and Chelsea’s Sam Kerr. This is Mbappe’s third time as a FIFA cover star, and the first time a FIFA game has featured a female player. EA has also dropped a teaser for the game and announced that the full reveal will happen on YouTube at 9:30 PM IST on July 20th. The publisher will most likely reveal details regarding the gameplay, players, teams, stadiums, game modes, and more during the FIFA 23 reveal.

Even after EA loses the right to publish the game under the FIFA banner, it will retain the license for over 19,000 players, more than 700 teams, over 100 stadiums, and 30 football leagues including LaLiga, Premier League, the MLS, Serie A, and more. Beyond FIFA, EA owns hundreds of licences that allow the publisher to use official players, teams, leagues, and stadiums. FIFA was reportedly asking EA to pay $1 billion every four years to publish the game under its banner. Meanwhile, FIFA is now working with multiple third-party studios to develop several FIFA games over the years. It remains to be seen which developers are involved in upcoming FIFA projects and when they will be revealed.