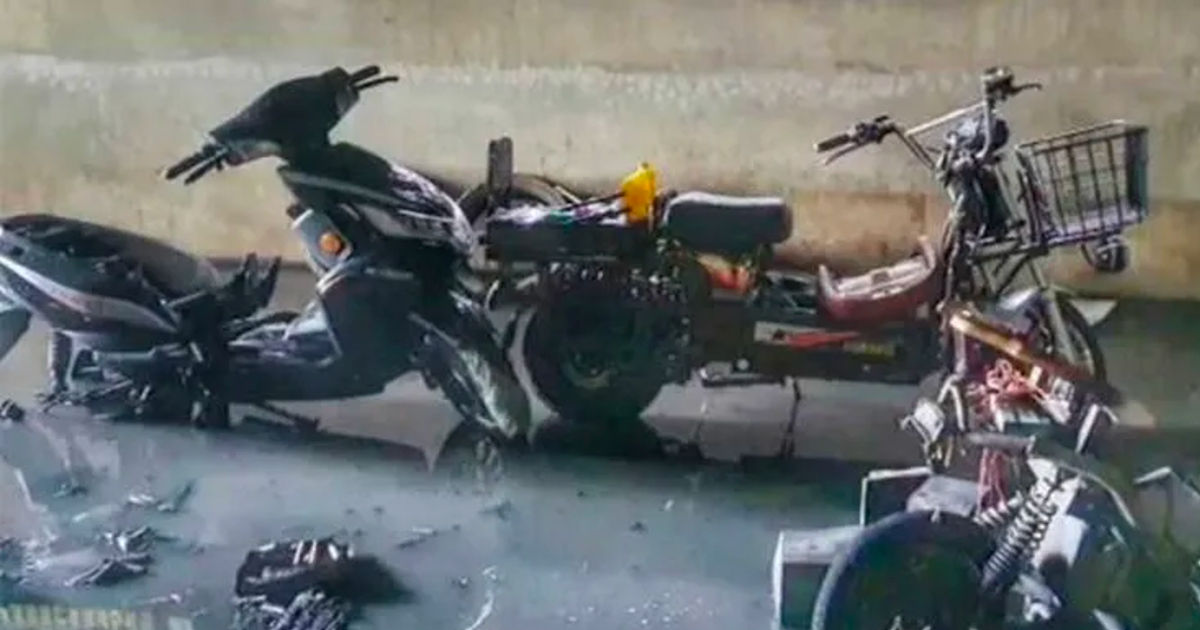 Update: Komaki Electric Vehicle Division has reached out with evidence suggesting that the incident that took place was caused by a water-induced hazard. The owner of the dealership, Axer Motors, in his letter to Komaki, wrote about the water logging that took place in the Kozhikode area thereby flooding the basement-based service centre. A scooter that was charging caught fire due to a short circuit under flood-like circumstances.

A Komaki electric scooters showroom in Kozhikode caught fire and burned down the dealership along with nine other electric vehicles. The fire was caused by a short circuit after the basement of the dealership was flooded, as communicated by Komaki to us. Two units from the Beach Fire Force came to rescue and doused the fire in half an hour. While there’s no word on whether employees or customers were injured, losses to the property are currently being estimated at Rs 17 lakh.

Battery-powered EVs have been facing fire-related issues, as has been recorded in the recent past. Dozens of electric scooters have caught fire, most of which are due to battery-related issues. Unfortunately, such fiery incidents have taken human lives consequently.

A showroom in Kozhikode dealing in Komaki Electric Vehicle Division EVs caught fire and destroyed nine electric scooters fully and partially affecting three others. The fire’s inception has been traced to a short circuit in a flooded basement. While technicians were at it, the battery pack caught fire and immediately resulted in smoke, and the fire spread to e-scooters parked nearby.

In a matter of minutes, smoke engulfed the dealership, and a fire spread across major parts of the unit. Passersby noticed this, and the Beach Fire Force was called upon. The fire fighting team arrived with two units and was able to drown out the fire within half an hour.

10 best electric scooters you can buy in India (September 2022)

There’s no information yet about any employee or customer being injured in the incident. However, it is estimated that losses to the property are estimated at Rs 17 lakh.

Fire-related problems have prevailed and have been recorded multiple times this year, especially during the high temperatures of Indian summers. The government recently conducted a thorough investigation on this matter and has encouraged highlighted manufacturers such as Okinawa Autotech and Ola Electric to resolve risks pertaining to battery fires voluntarily. It has also established a newly formulated set of guidelines that manufacturers need to comply with while deploying electrified powertrains to ensure the safety of the consumers.