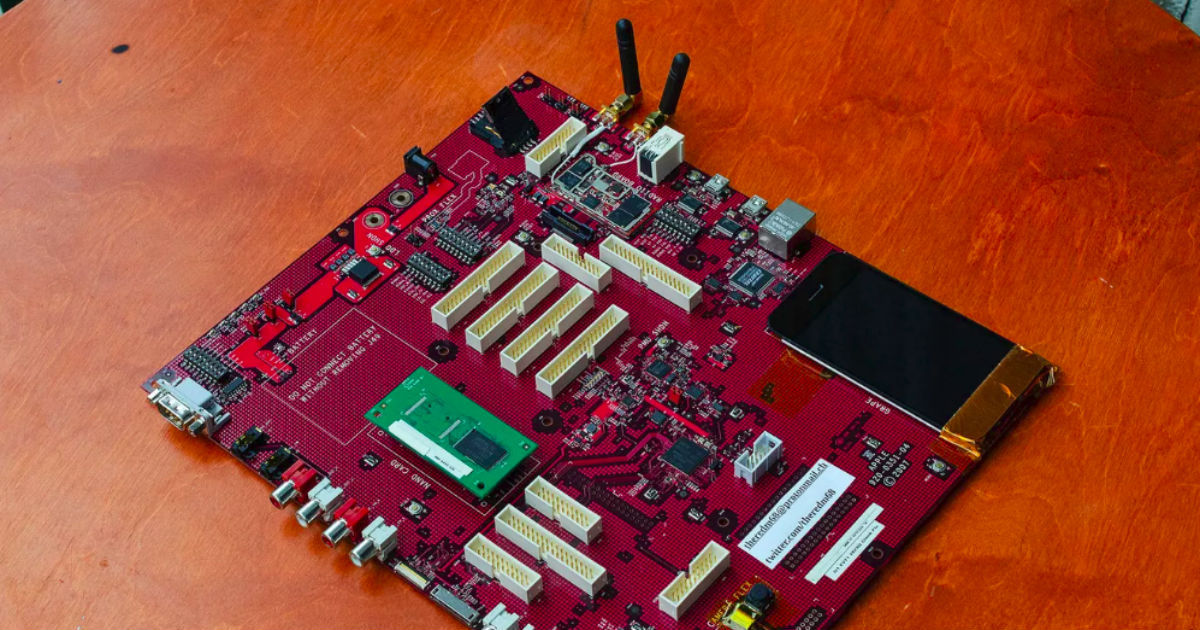 “The red prototype board of the historic Apple iPhone, dubbed as the M68 internally, shows just how far we have come with modern-day smartphones”

Smartphone manufacturing and innovation have reached a point today where we don’t really spare much thought into the effort and ingenuity that goes into the making of the mobile device. With the standardisation of smartphones and the overall phone ecosystem, that is not unsurprising. But, when Steve Jobs took the world by storm with the first iPhone back in January 2007, it was a very big deal to see a mobile phone that was touch-enabled, could connect to the internet, had a whole new interface, and so much more. 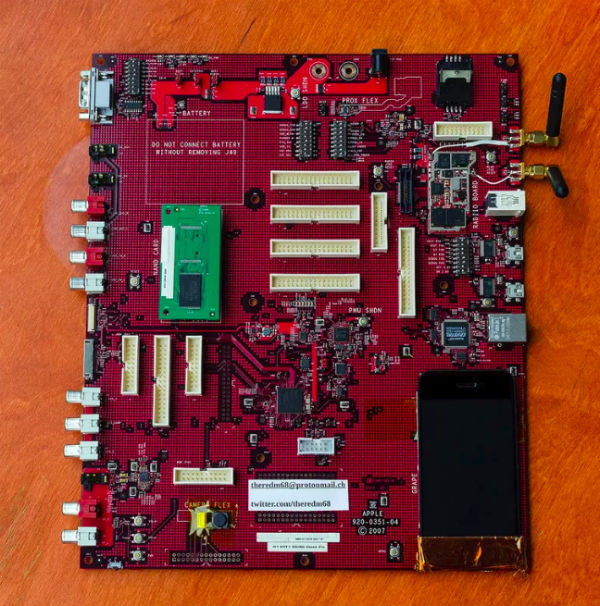 Thanks to The Verge, courtesy an anonymous Twitter user Red M Sixty, we now have our first ever look at a pre-production prototype of the first-generation Apple iPhone. It’s a piece of history, for the iPhone is what sparked off the touchscreen era of devices, and essentially defined the tenets of a smartphone. The iPhone M68 prototype board that has been procured is from the engineering validation test (EVT) stage, and the sample is one of those that were used by engineers working on the iPhone’s software and radio (network) performance.

On first look, the design and layout of the red printed prototype boards, which Apple designated to its engineers, appears like a motherboard from PCs at least a decade old. Apple colour coded the prototype boards depending on which stage of development was an engineer using it, with blue and green boards used in the latter, production stages of the iPhone’s development. 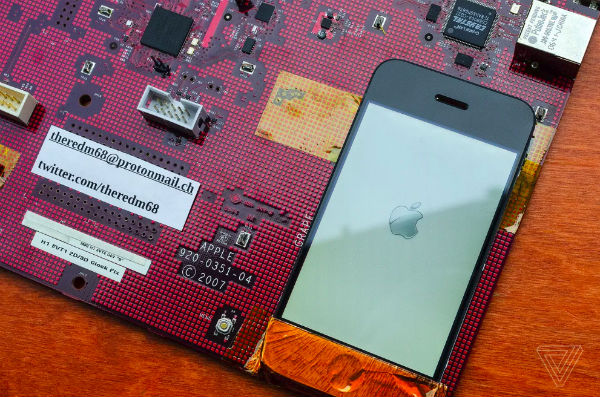 The Verge goes on to reveal that often, these boards would not even be coupled with a display, and engineers would use the mini USB ports on board to gain access to the iPhone’s application processor and radio baseband, and code for the software. The reason for this can be attributed to erstwhile CEO Jobs’ obsession over maintaining secrecy even between different teams at Apple. To ensure that no part of the design was ever leaked, the prototype boards would be assigned without the display, thereby hiding the final form of what eventually became the iPhone. 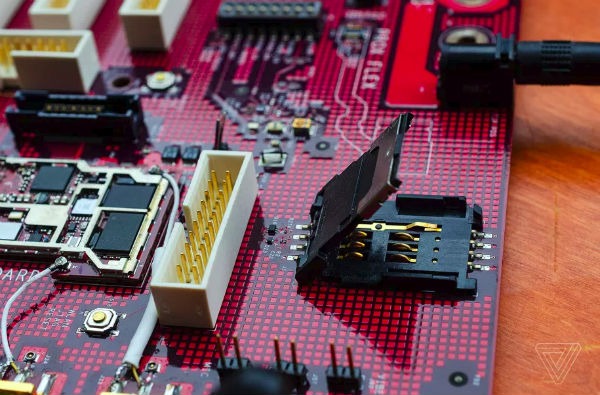 The iPhone M68 prototype board resembled a PC motherboard in more ways than one, featuring a serial connector on top that was used to test iPod accessories that used the 30-pin port to connect. Also present was a LAN port for internet connectivity, I/O ports for RCA and video connectivity, and even a rather massive SIM card slot that became defunct years ago from today. The RCA and video ports could be used to hook the system up with an external display, and power could either be driven from an external DC source, and when it was ready, a battery onboard. 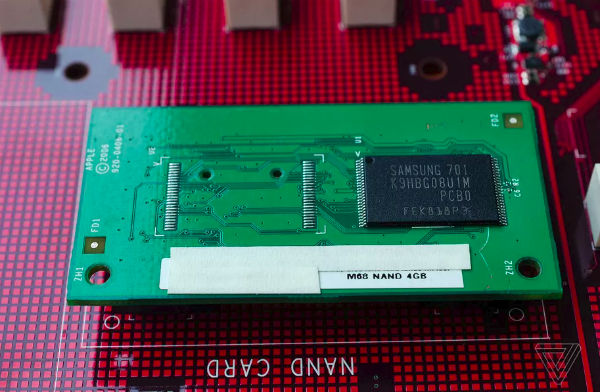 The iPhone M68 board seen here features Apple’s 620MHz ARM single-core application processor coupled with Samsung memory, and a 4GB Samsung NAND flash card to store, load and test different versions of the OS. What’s even more historic is that Apple’s engineers quite possibly used this very board, among others, to port the core Darwin OS to the iPhone, hence creating the first version of iOS. Darwin is the underlying, Unix-based core kernel that powers all of Apple’s operating systems, even today.

The Verge revealed that the prototype here could actually boot up to the Apple logo screen, and the source revealed that it could even be connected to iTunes using the serial connector, wherein the device would actually be recognised as a first-gen iPhone, ready to be restored. While we move forward at light speed with edgeless displays, holographs and predictive computing, getting such a rare sight of history is indeed an experience to savour.