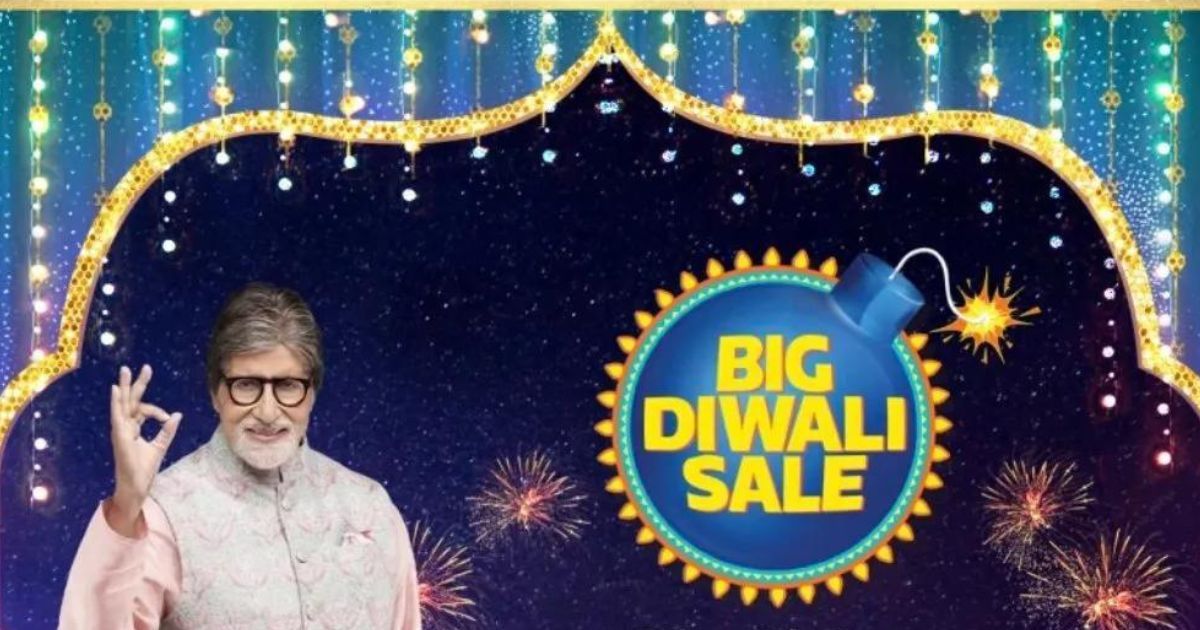 The Flipkart Big Diwali Sale will begin on October 19th and will go on till October 23rd in India. Flipkart Plus members can access the Big Diwali Sale a day earlier on October 18th. During the sale, SBI Credit Card users can claim a 10 percent discount on all their purchases including EMI transactions via SBI credit cards.

Apart from this, users will be able to avail an up to 10 percent instant cashback on Paytm Wallet and UPI transactions. Furthermore, the e-commerce platform is also offering a Flipkart Pay Later method for buying gadgets during the sale and paying later. For smartphone buyers, there is a mobile protection plan for as low as Rs 199.

Flipkart has announced a bunch of deals on laptops, smartwatches, smartphones, tablets, and more. During the Flipkart Big Diwali Sale, the e-commerce giant is offering soundbars starting at a price of under Rs 1,000. During the sale, buyers will be able to avail up to 80 percent off on all electronics and accessories.

Samsung Galaxy Z Flip3 to be available for under Rs 60,000 during Flipkart Diwali sale: details here

Flipkart has not revealed specific deals on smartphones, but teasers on the e-commerce platform show discounts on leading smartphones from brands like Realme, POCO, OPPO, Redmi, and more. Flipkart has also announced deals of up to 80 percent off on TVs and other home appliances.

In a separate article, we have covered some of the best deals on smartphones that you can avail during the Flipkart Big Diwali Sale. During the previous Diwali sale window on Flipkart that ended on October 16th, 2022, users had a chance to avail big discounts on smartphones like the Nothing Phone (1), Samsung Galaxy S22+, iPhone 13, and more.