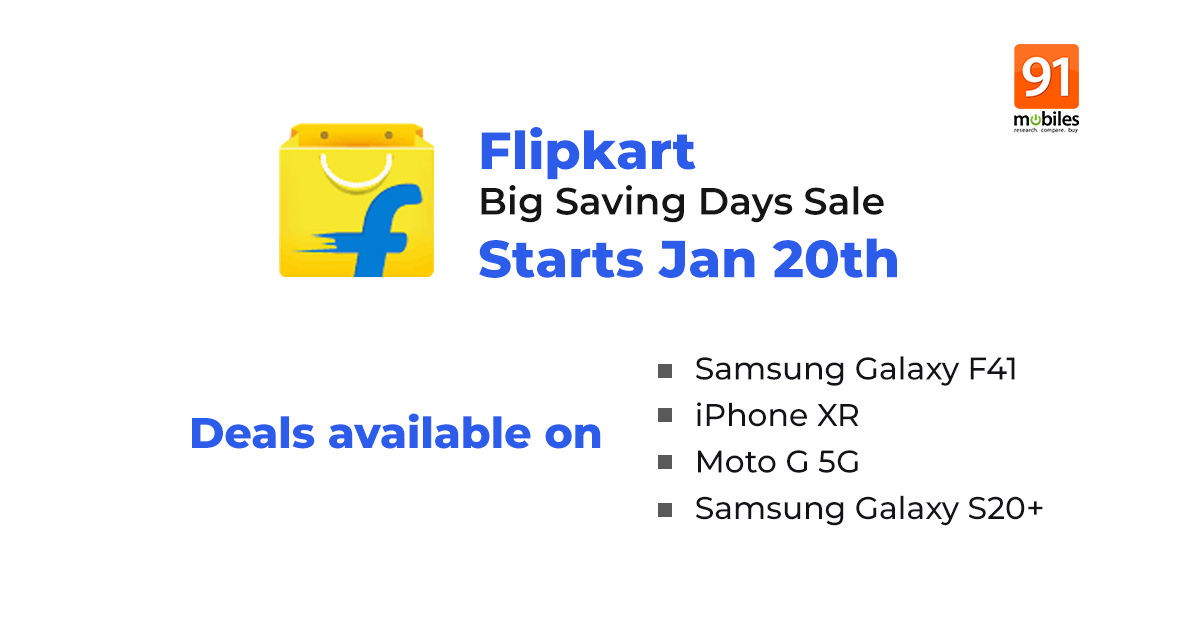 The Flipkart Big Saving Days sale has been announced by the e-commerce giant. The new Flipkart sale will kick off on January 20th and will last until January 24nd. Flipkart Plus members will get early access on January 19th, starting 12am. The sale is, unsurprisingly, set to coincide with Amazon India’s Great Republic Day sale, which is scheduled between January 20th and January 23rd, with Prime members getting a sneak peek on January 19th itself. Coming back to the Flipkart sale, it will bring with it offers on a multitude of categories such as smartphones, electronics and accessories, TVs, home appliances, and fashion. There will also be no-cost EMI options, exchange offers, as well as a 10 percent instant discount on HDFC Bank credit card and EMI transactions. Some of the most enticing devices on sale include the iPhone XR, Samsung Galaxy S20+, and Moto G 5G.

Flipkart sale offers on mobile phones and other electronics

Flipkart is promising discounts on popular smartphones across multiple price categories such as the Samsung Galaxy F41, iPhone XR, Moto G 5G, and Samsung Galaxy S20+. The company has not yet revealed the exact discounted price of these devices as well as the other smartphones that will be on offer. Further information is sure to be revealed closer to the start of the sale.

There will be new deals daily at 12am, 8am, and 4pm during the entire duration of the Flipkart Big Saving Days sale. Flipkart Plus users will be able to use SuperCoins to make payments and avail extra discounts. They will also get up to 2,000 bonus coins on their purchases during the sale. As mentioned above, shoppers will be able to avail no-cost EMIs, exchange offers, as well as 10 percent instant discount via HDFC cards.