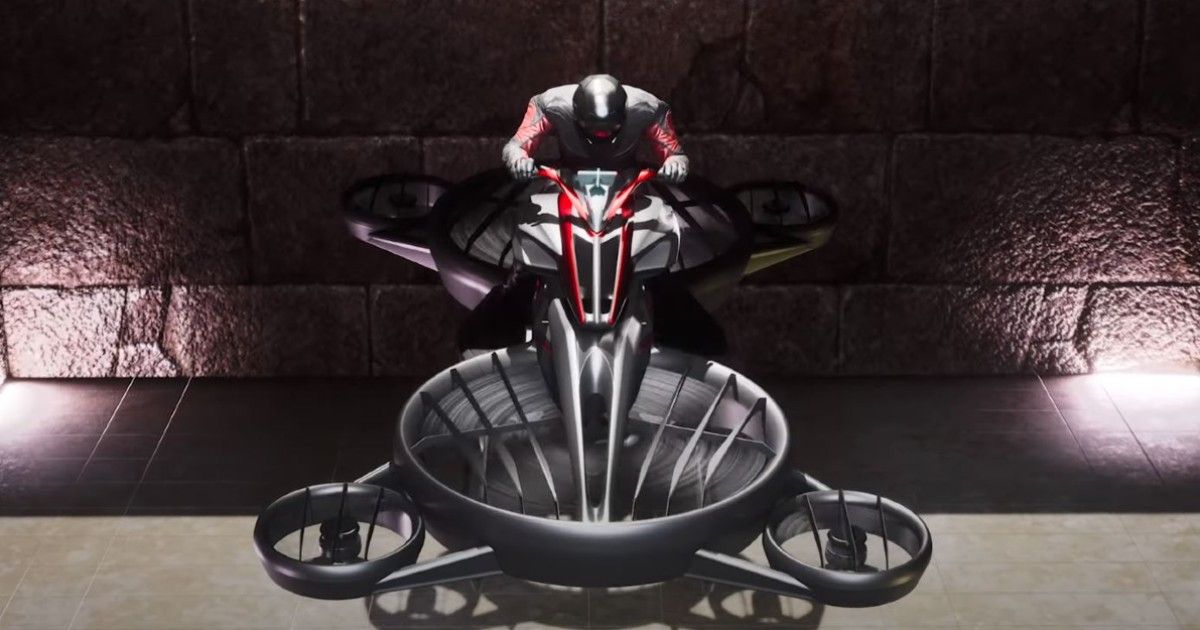 New modes of mobility which is sustainable in nature and come with a host of other modernities is the new field of interest for many companies. One such fascinating idea revolves around urban air transport. Japanese company A.L.I Technologies has developed its urban-commute friendly personal hoverbike called the XTurismo. The XTurismo is a rather exciting looking machine that seems like it’s straight out a Sci-Fi movie. The vehicle is technically a vertical take-off and landing aircraft (VTOL) and looks like a bike sitting atop a drone or a futuristic hovercraft. This is new vehicle is classified as an ultralight aircraft, which means that one doesn’t need a pilot’s license to fly it around. Let’s take a closer look.

Japanese company A.L.I Technologies’ XTurismo is a step in the direction of the future and looks as if it’s straight out of an imaginary world. The VTOL lightweight aircraft has been designed for personal use and its likely application will possibly be in the urban jungles. The powertrain on the XTurismo takes the hybrid approach and utilises a traditional Internal Combustion Engine (ICE) and an array of four electric motors. Power is delivered to the two primary rotors and four stabiliser rotors that are responsible to generate and sustain lift. This is all packaged into a lightweight footprint classifying it as an ultralight aircraft that doesn’t require a licensed personnel to fly it.

The XTurismo is good for a 100kmph top speed for about 30-40minutes of flight time as claimed by the company. This actually means that the vehicle has a long development life left to deliver usable levels of performance while providing a usable flying range. Due to the lack of similar category vehicles, the XTurismo does not fall into any particular class of vehicles which consequently doesn’t compel it to any set rules or regulations. This however also means that the vehicle is not legally operable in public places in most countries.

A.L.I Technologies is adopting a business policy whose financial structure would let them sell an initial batch of 200 units Limited Edition models and later this accumulated fund can be used to reduce the overall cost of the vehicle as well as further the development. The price tag on these machines has been set at Rs 5.5 crores according to ZigWheels. For that kind of money, one can get hold of a Lamborghini Huracan, a Porsche 911, a Nissan GTR, a Ferrari F8 Tributo, or even an Aston Martin Vantage.