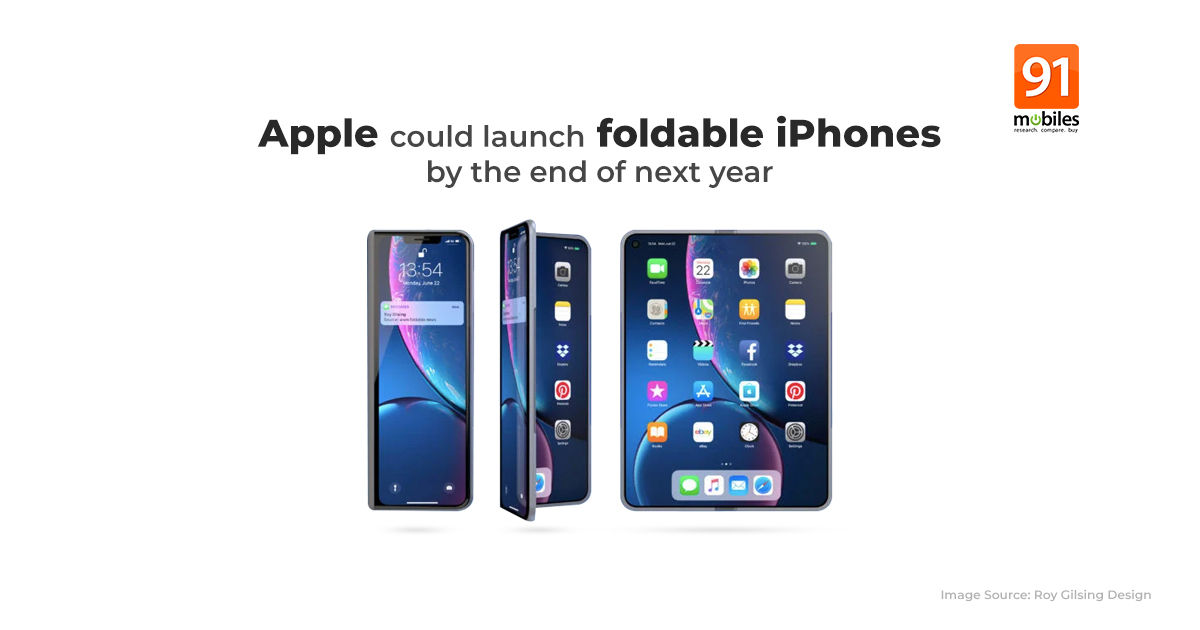 The widespread adaptation of foldable smartphones is still several years away, as the technology is still in its early stages. Only a handful of OEMs such as Samsung, Motorola, and Huawei are making them at the moment, and their offerings aren’t exactly cheap. Of course, the biggest absence in this space is Apple. While there are loads of patents that have revealed how Apple plans to implement the technology involved in making a foldable iPhone, but little beyond that. Now, a report from Taiwanese news outlet UDN claims that Apple is working on not one but two foldable iPhone prototypes. One of the foldable iPhone prototypes folds horizontally like the Galaxy Z Fold 2, while the other folds vertically like the Galaxy Flip and Moto razr.

Also read: Not all iPhone 13 models will get 120Hz display

It should be noted that the foldable iPhone prototypes are not full phones but just a foldable frame with a flexible display. Both the prototypes have passed the durability test at Foxconn’s facility. The report also claims that only one foldable iPhone model is intended for mass production, and the other will likely get scrapped somewhere down the line. Both prototypes are likely using Samsung’s flexible OLED panels, same as the ones used on Galaxy Z Fold 2 and Galaxy Z Flip. The foldable iPhone is still in very early stages of production, therefore it is hard to speculate just what Apple has in store for us. Its specs could vary quite significantly depending on which prototype gets selected.

The foldable iPhones are unlikely to see the light of day until late 2022, at the earliest. In fact, 2023 seems like a more plausible year as Apple is quite patient when it comes to adopting trends set by competitors (it still doesn’t have a 120Hz phone!). Separately, Apple’s next-generation 3nm A16 Bionic (tentative name) chips are slated to enter mass production in 2022. We can expect Apple to unveil both pieces of tech together in the subsequent year.