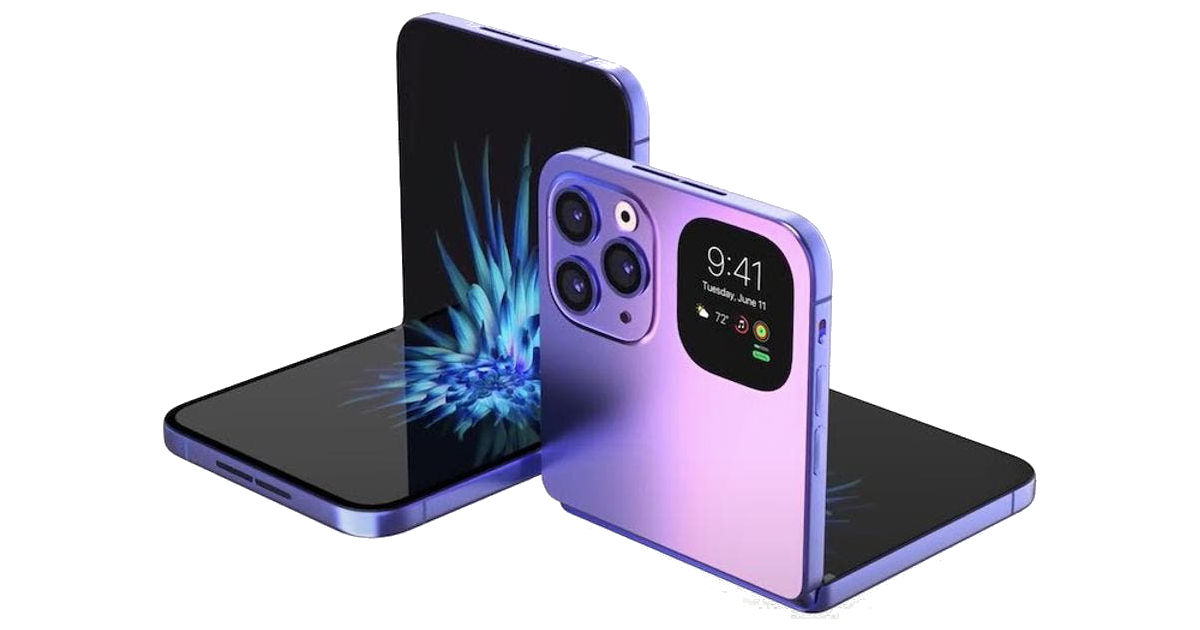 Apple is reported to be working on a foldable iPhone on multiple occasions and it looks like the project is moving along well. We are hearing newer details about the foldable iPhone as the development proceeds. In the latest report from EqualOcean citing Omdia, the Apple foldable iPhone is said to come with stylus support. It isn’t clear if the device will support the current Apple Pencil or if it will use a completely new stylus. Recently, it is said the Cupertino giant has finalised the clamshell design for the foldable iPhone and it may look similar to the Samsung Galaxy Z Flip.

First details about the foldable iPhone

The Cupertino giant is said to use a Ceramic Sheild glass and will be chemically treated to improve tolerance when folded or unfolded. The phone is said to sport a display size between 7.3-inch and 7.6-inch and may have an OLED panel. It is said that Apple’s foldable iPhone will be affordable compared to other similar offerings in the segment from competing brands. But since the phone is expected to launch in 2023, the components required for foldable phones should come down by then. There’s always a possibility of the launch being pushed further if it comes across any hardware or production issues.

Separately, Apple is also said to be working on ‘Project Titan’ which is an autonomous electric vehicle that is referred to as the Apple Car. The company is said to have been in talks with various automakers, including Kia, Nissan, and Hyundai, but is yet to find a perfect partner that suits its requirements. We hope to learn more details about the foldable phone and electric car going forward.

Want a new iPhone? The iPhone 11 at Rs 52,000 could be best value-for-money option right now