Home Feature It’s about time we see an affordable foldable 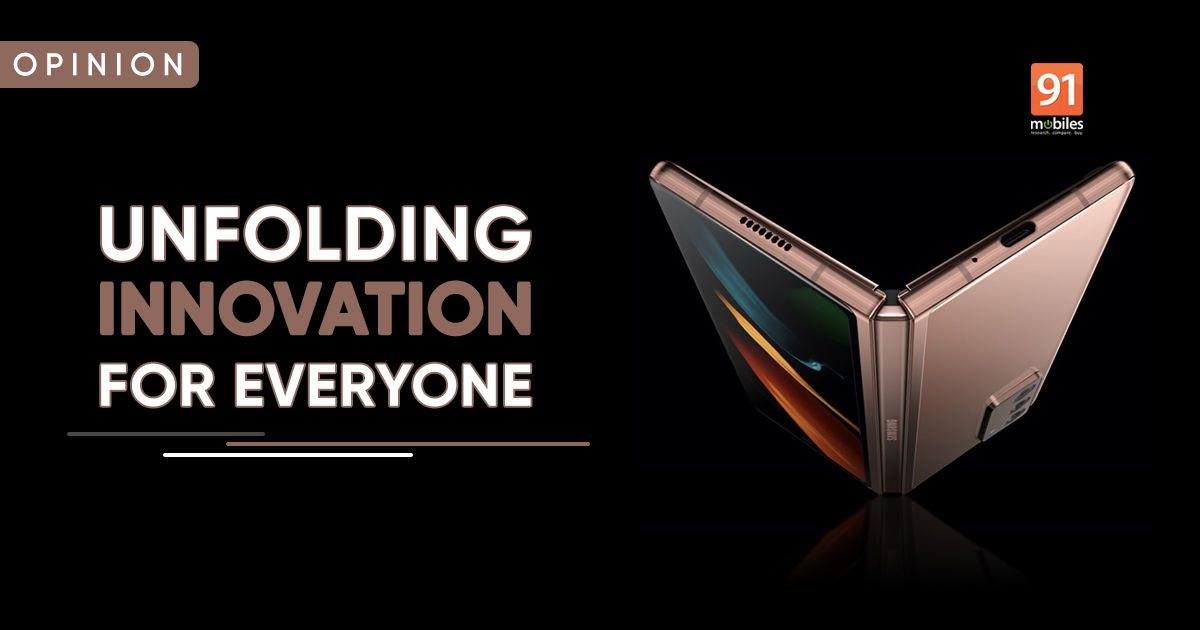 One gadget to rule them all? Take the Samsung Galaxy Z Fold2, a phone that turns into a tablet. Then there’s the Lenovo ThinkPad X1 Fold (review), a foldable laptop. What if the two gadgets could be combined into one? Maybe even be rolled up into a fitness band form factor that wraps around your wrist? And while I’m at it, why can’t the same device open up fully to become a smart TV? I know I’m letting my vivid imagination get the better of me, and that these ideas seem quite far-fetched right now. But then, who’d have imagined a few years ago that we’d be using phones that can open up into tablets. And that cars could drive themselves. Stuff considered science fiction a few moons ago is real today, and I’m hoping my impish hypothetical amalgamation of multiple gadgets literally rolled up into one killer device could turn into reality someday. 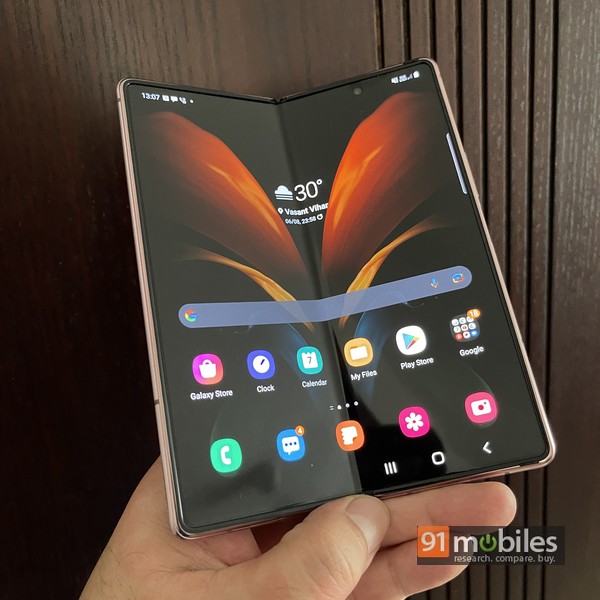 I must confess that these daydreams of mine are fuelled by the gadget I hold in my hand… Samsung’s Galaxy Z Fold2. I still remember getting goosebumps the first time I played with a foldable smartphone, and that was the Huawei Mate X. That device never made it to our shores, but Samsung’s Galaxy Fold did. The first-generation foldable did have some build-related issues, or so I’m told, but Samsung upped the game significantly with the Galaxy Z Fold2. The second-gen device not only rocked a much sturdier build and flagship-grade specs, but also brought better usability thanks to bigger screens and other improvements. And it brought something else that helped immensely – a lower price tag as compared to its predecessor. Now, 1.5 lakh isn’t a small amount to pay for a phone by any means, but it’s not really an exorbitant asking price, given everything it brings to the table and considering the fact that premium flagship smartphones crossed the Rs 1 lakh barrier a long time ago. 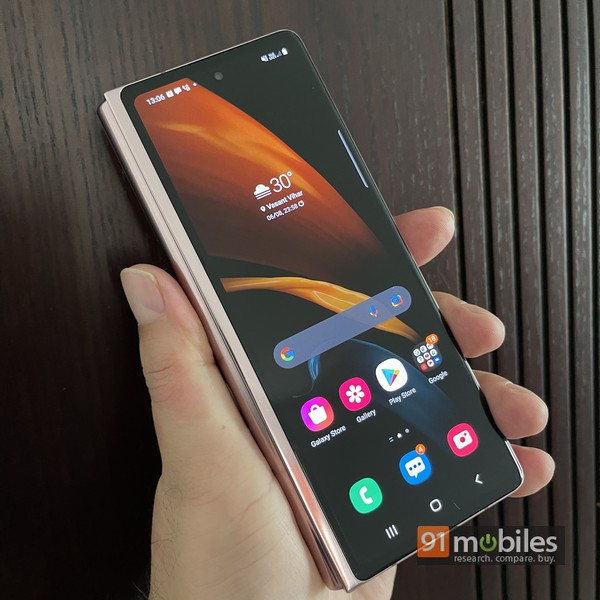 I know I don’t really need to get into the use cases and advantages of having such a device as a daily driver, but still, there are some finer points that do deserve a mention. Many of the advantages of the Galaxy Z Fold2 are rather obvious, and one doesn’t need to think too much to figure out the usefulness of a single device that can double up as a phone and a tablet. This is especially true for when one’s out and about. Outdoors, the Galaxy Z Fold2 can be a super useful device to have in your pocket. It’s not a compact or a lightweight gadget, but the narrow form factor does bode well for one-handed usage. And then, right when you need more screen real estate, it can turn into a tablet at the drop of a hat (or a quick unfold, to be exact). 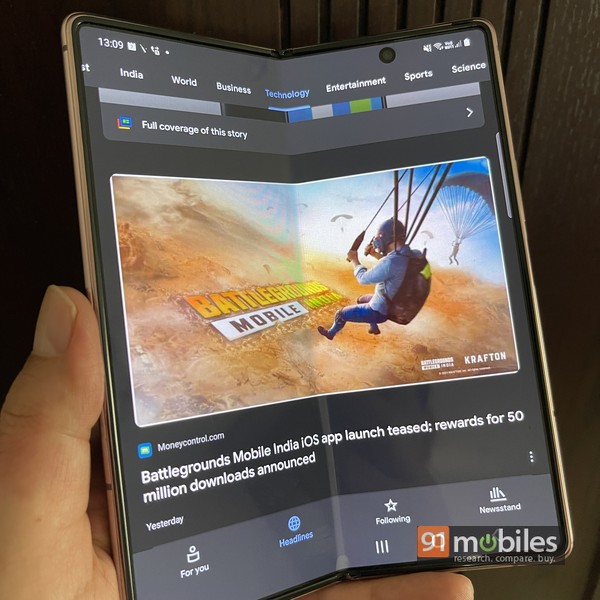 Device usage can change when one’s indoors though. In my current work-from-home scenario, I do have easy access to multiple devices while I’m at home. Despite that, I found the Z Fold2 to be an extremely useful device at home too. Allow me to explain.

You see, I like to think that each device has a ‘maintenance cost’. And this maintenance cost multiplies depending upon the number of devices one has – think smartphones, tablets, and laptops. At the bare minimum, the cost I’m referring to involves keeping each device charged, so that it’s not out of juice when you want to use it. That actually happens to me quite often when I reach for my tablet. Then, there are the apps. Quite often, I find that the app I need at a particular time isn’t installed on my tablet, or that it requires an update. And there are quite a few apps, especially banking and payment-related ones, that only work on one device at a time. Those who juggle between multiple devices would also understand the frustration that comes with the realisation that the file / document / image they need is stored in a different device than the one they have in hand right at that moment. With a device like the Galaxy Z Fold2, hassles like these can be kept to a minimum, Sure, it doesn’t have a screen as big as a proper tablet, but it’s close, and does the job. I found it extremely handy to use it to jump from emails to casual gaming breaks in the middle of hectic workdays, and to squeeze in an episode of a TV show at lunch. Having to contend with one less device, and yet be able to get the usage I want, makes life so much easier. 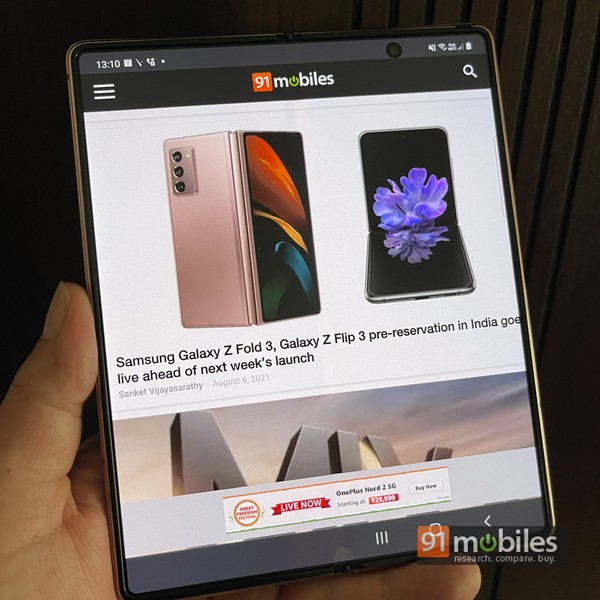 And now, on the eve of the launch of the Z Fold2’s successor, I already have big expectations from Samsung. The Galaxy Z Fold3 is bound to bring in more improvements, a better build, better specs, and tons of software tweaks and other usability enhancements. S Pen support is already confirmed, pretty much, and that should add to its usability as well. And if Samsung can launch it at a lower price than the Z Fold2, I would be extremely happy. 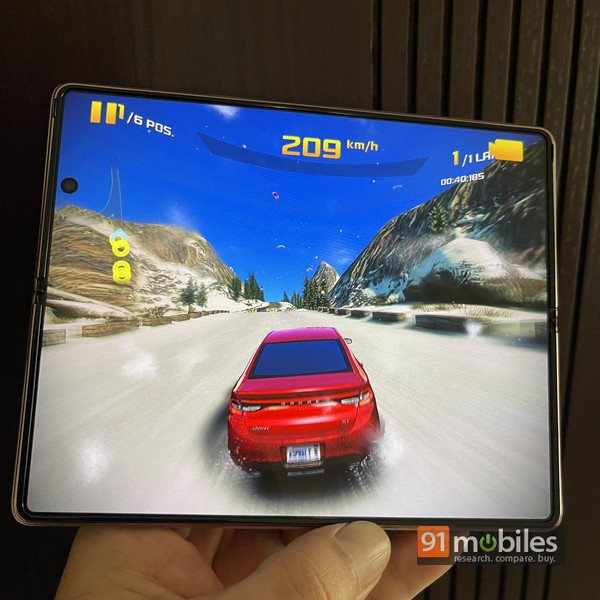 Innovation, I firmly believe, can only make a significant difference if it can reach the masses. When they first came in, foldables were heralded as the future of smartphones. While the promise is still very much there, I think the progress has been slow, considering these devices are still out of reach for a large majority. I feel Samsung is one step closer to becoming synonymous with foldable smartphones, given it’ll soon be launching third-generation offerings. Motorola has show promise too, but Samsung is really the first name that comes to mind when one mentions foldable smartphones. That’s great news for Samsung, but also a huge responsibility. I think the onus is on Samsung to ensure this innovation reaches the common man. Unless it already has something in the pipeline, I think the brand should seriously consider coming up with more affordable foldables. So before the next Fold unfolds, Samsung, please Note.
ShareTweetShare
Share