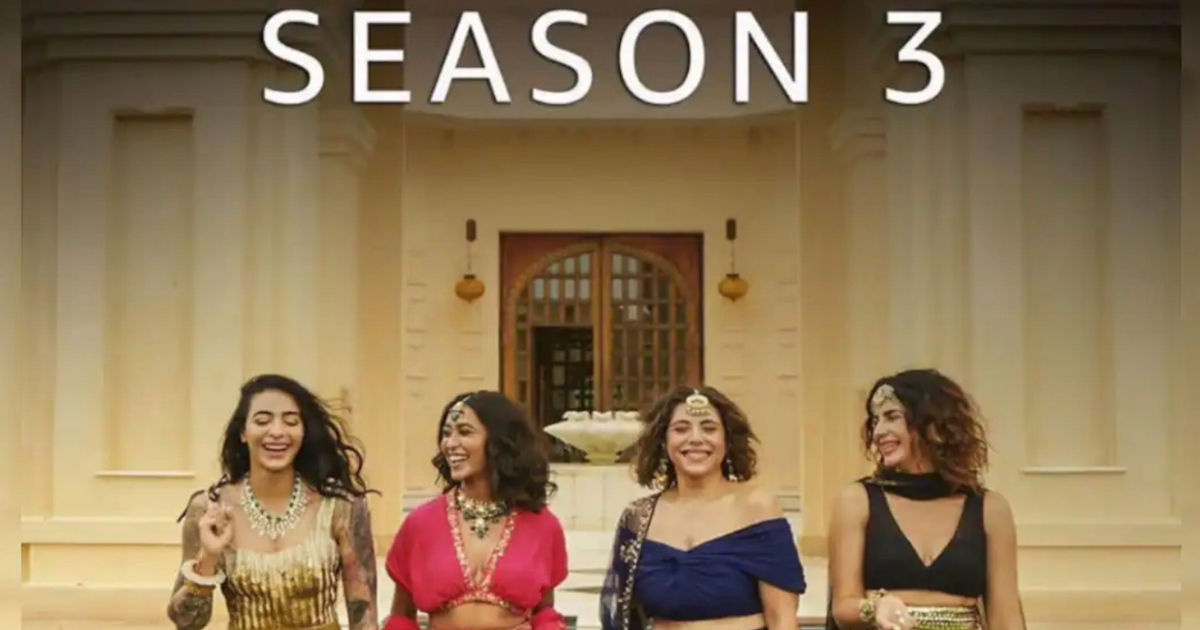 The outrageous Four More Shots Please is returning for another round—and this time, the girls will be more unapologetic than usual (or so we expect). The series that streams on Amazon Prime, stars Kirti Kulhari, Sayani Gupta, Bani Judge and Maanvi Gagroo. In the past two seasons, we’ve seen their adventures and misadventures, fractured friendships,  flailing love lives, and workplace chaos, while they struggle to find themselves. Of course, the only thing that gets them through is their friendship and a couple of shots at their favourite bar. As the Four More Shots Please Season 3 release date nears, here’s everything you need to know: 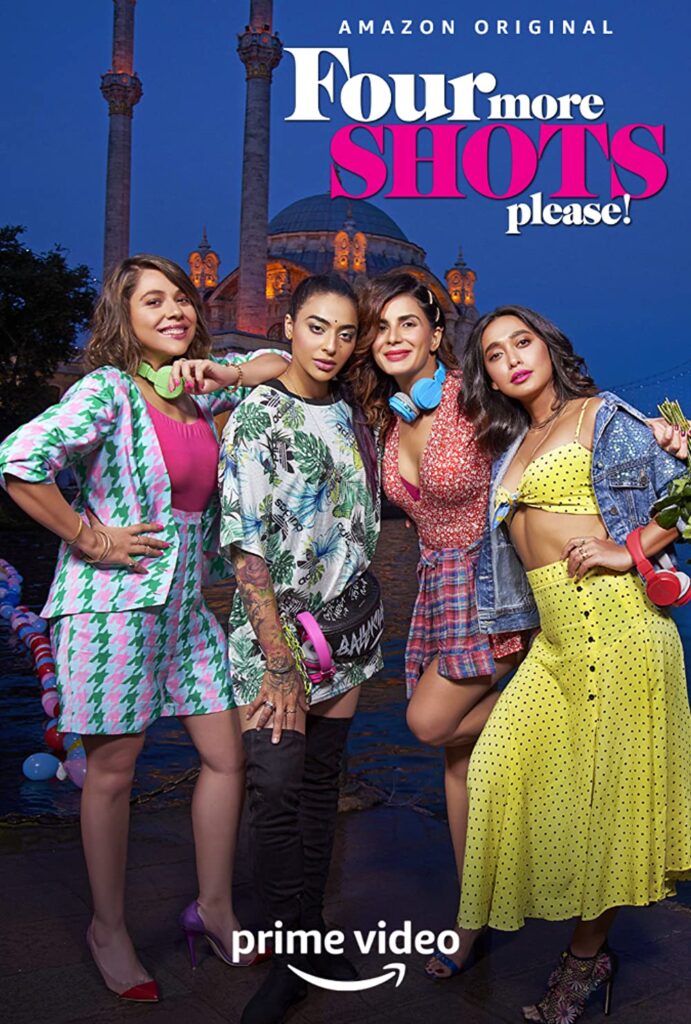 Four More Shots Season 3 will stream on Amazon Prime just like Season 1 and Season 2. Both the seasons had ten episodes each.

Four More Shots Please revolve around four women whose lives are a complete mess, but their friendship helps them survive the chaos. Sayani plays the hot-shot journalist Damini Rizvi Roy (fondly referred to as Dee), while Kirti Kulhari is Anjali Menon, a lawyer and a single mother. Maanvi Gaagroo plays Sidhi Patel, the child in a rich over-bearing family who gets a continuous barrage about her weight and marriage. Bani Judge plays the hot-headed Umang. The show has received mixed responses from critics, with many terming it as rather fragmented and banal. However, many have enjoyed the sheer ‘outrageous’ nature of the show, saying that it is a first where women have been showed in such a realistic manner. The show has received a 7.1 rating on IMDB. 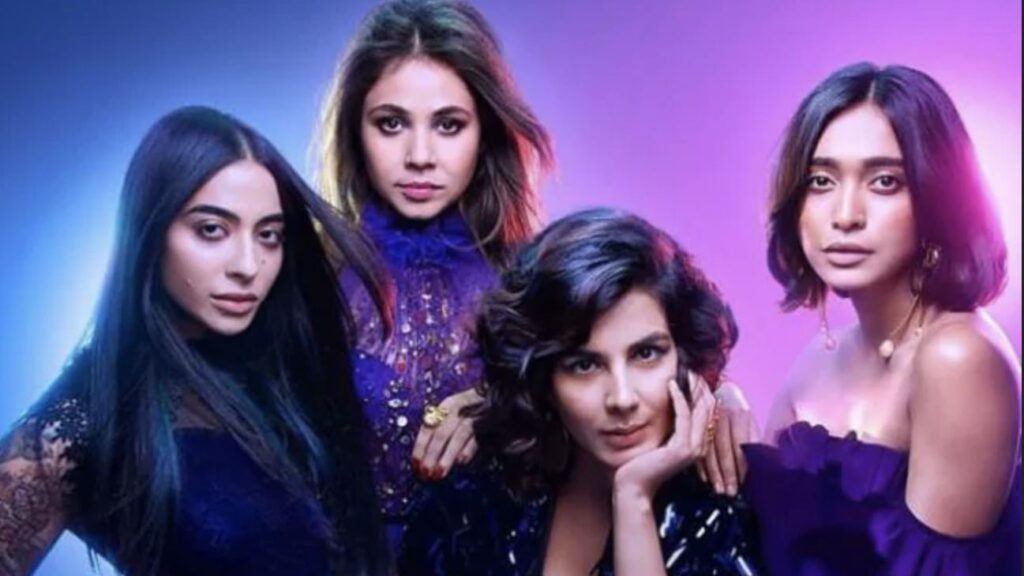 We’re introduced to the four girls, Umang, Damini, Anjana and Siddhi, all different in their own ways, yet united in friendship. While Damini struggles with putting out the real truth as a fierce investigative journalist, Siddhi is under pressure from her mother to find the perfect man and to be ‘size zero’. On the other hand, Anjana must come to terms with the fact that her ex-husband is in love with someone else, while Umang’s anger issues get the better of her. With car accidents, rushed hospital visits, broken engagements and heartbreak all around, season 1 ends with a big fight. 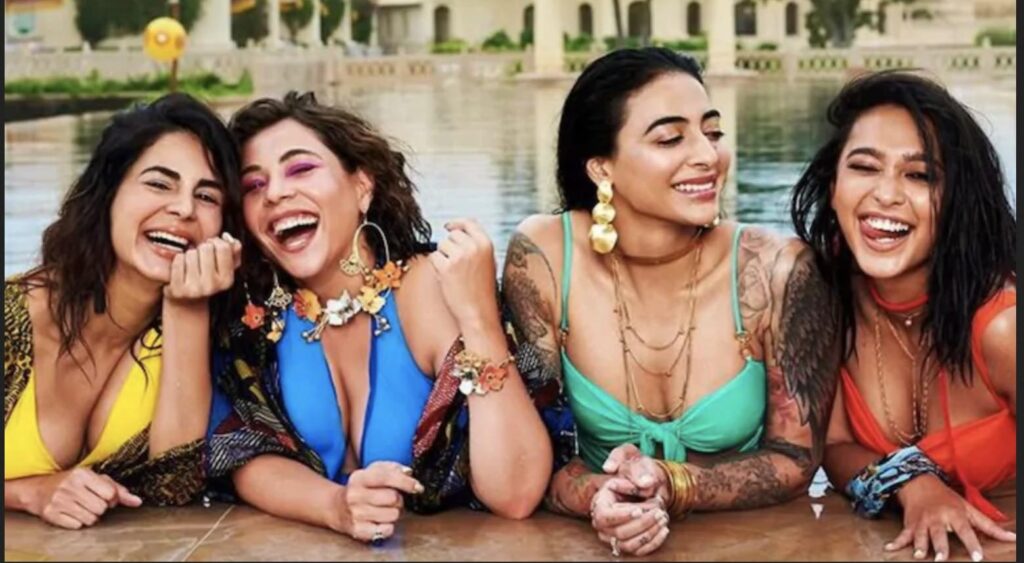 In Season 2, a frantic phone call from Siddhi in Istanbul unites them again and they swear eternal friendship from the top of Galata Tower, while displaying their love on the streets of the Turkish city. In Season 2, Anjana, who is now in a new relationship battles sexism at the workplace and rage-quits, and while Siddhi is now trying her hand at stand-up comedy, while Umang is still trying to recover from heartbreak. Damini is working on a book. The girls will never get it right—but at this point, they really don’t care.

While details are still scant about Season 3, we do know we can be treated to a lot of exotic European locations. The small teaser tells us that Milind Soman’s handsome gynaecologist character continues to make moves on Damini, and we can even expect a lot of chaos from Shibani Sushmita. Nevertheless, the bigger problems seem to be between Umang and Lisa Ray’s Samara wedding shoot—-Umang seems to be feeling rather uncomfortable with this new life. So, we can expect more drama and ensuing chaos.