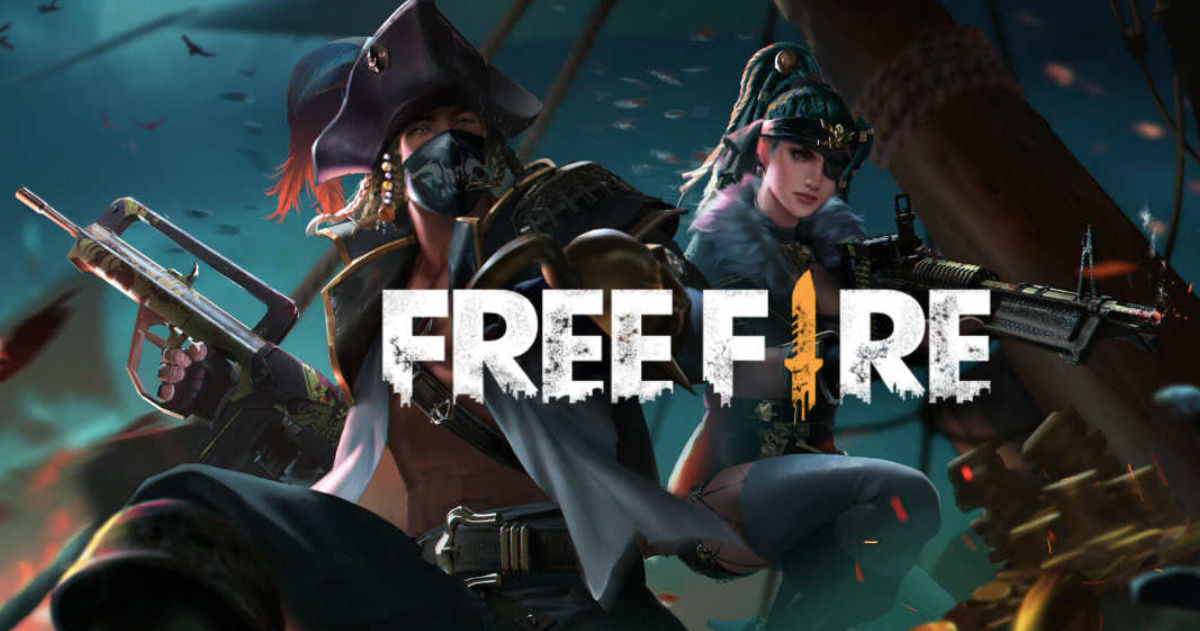 The Free Fire 4th anniversary event has been kicked off in India. It has been marked with multiple rewards, giveaways, exclusive costumes, skins, weapons, and more. The event celebrates Free Fire’s four years of completion. The game was originally launched back in 2017 and since then the game has become one of the most popular online battle royale games for both Android mobile phone and iPhone users. We take a look at all the necessary details about the Free Fire 4th anniversary event here in this article. So, without any further ado, let’s jump right at it.

As stated above, the Free Fire 4th anniversary event celebrates the completion of four years of the popular battle royale game. During the event the game developers are offering in-game events, rewards, giveaways, redeem codes, and a lot more. Per the official website, there will be daily log-in missions and rewards, gaming enthusiasts can also avail numerous prizes in fragment Royale. 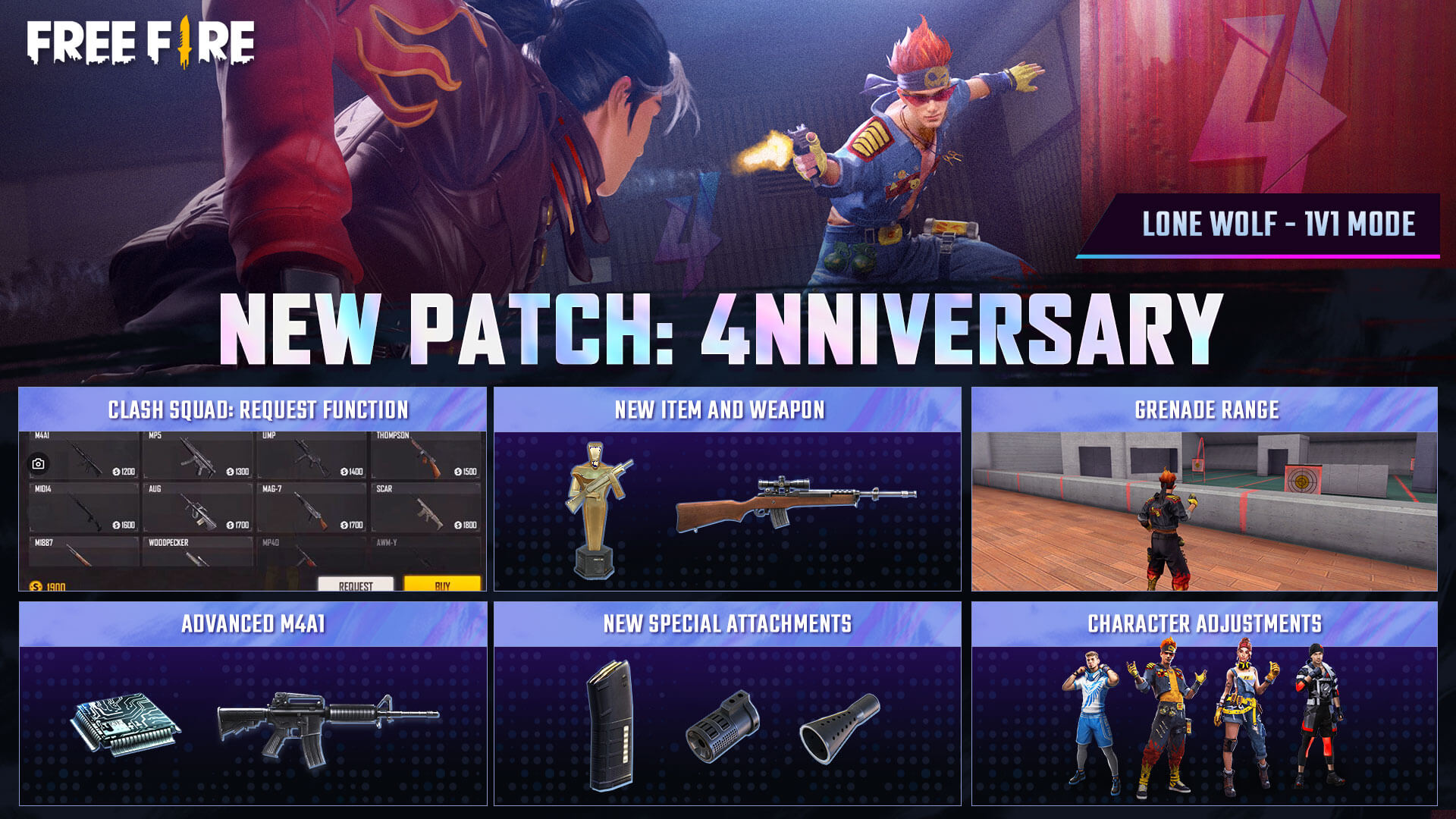 The Free Fire 4th anniversary event started on August 20th and will continue till September 5th. During the event, the company will introduce various things on the following dates:

The Free Fire 4th anniversary brings the following rewards, which you can grab during the ongoing event:

The details of Free Fire 4th anniversary event giveaways are as follows: 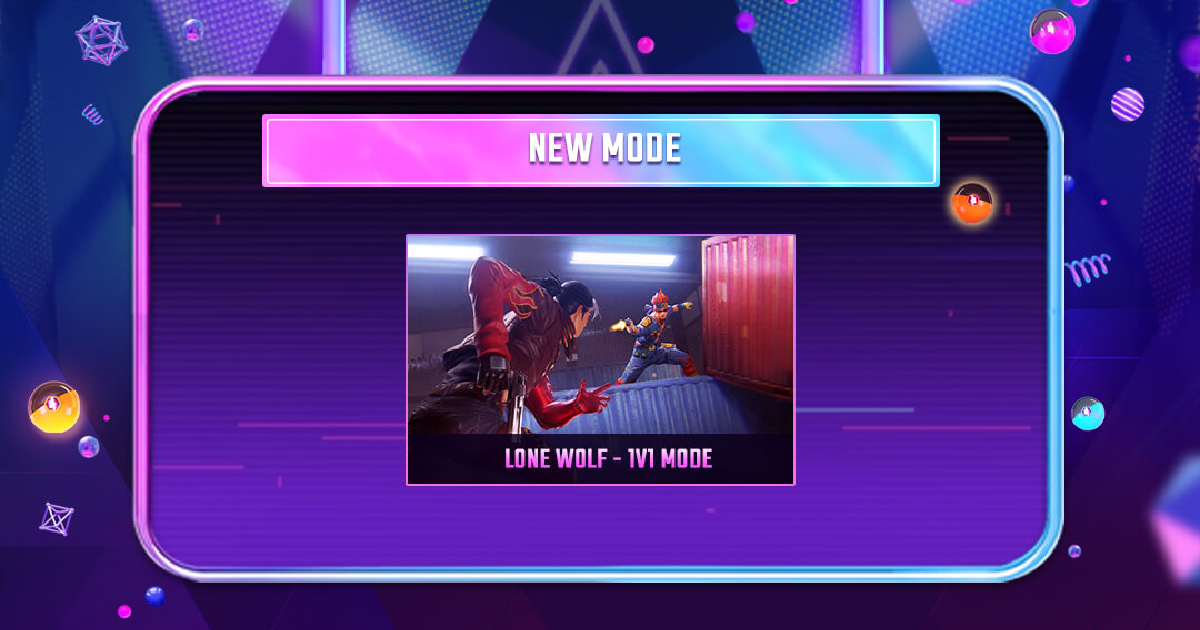 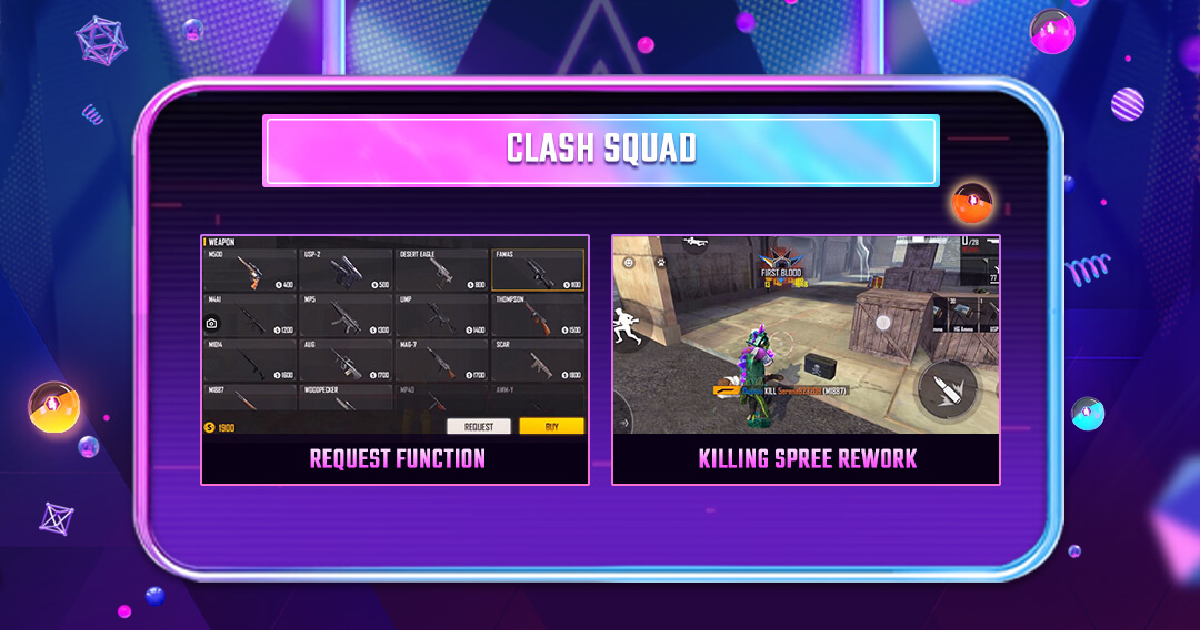 Clash Squad is a new Rank Season 8, which will allow the player to rank up to Gold III or above to receive some exclusive item like Golden AN94. The game developers have also included an item request feature which will allow you to “request your team to purchase an item directly to your inventory.” Players can now choose to display their backpacks in Clash Squad from the Vault.

With the introduction of the revival system, ranking up became difficult for a player as the opponents were returning to the battle after death. To improve this the game developers have decided to adjust the points calculation in the Battle Royale. 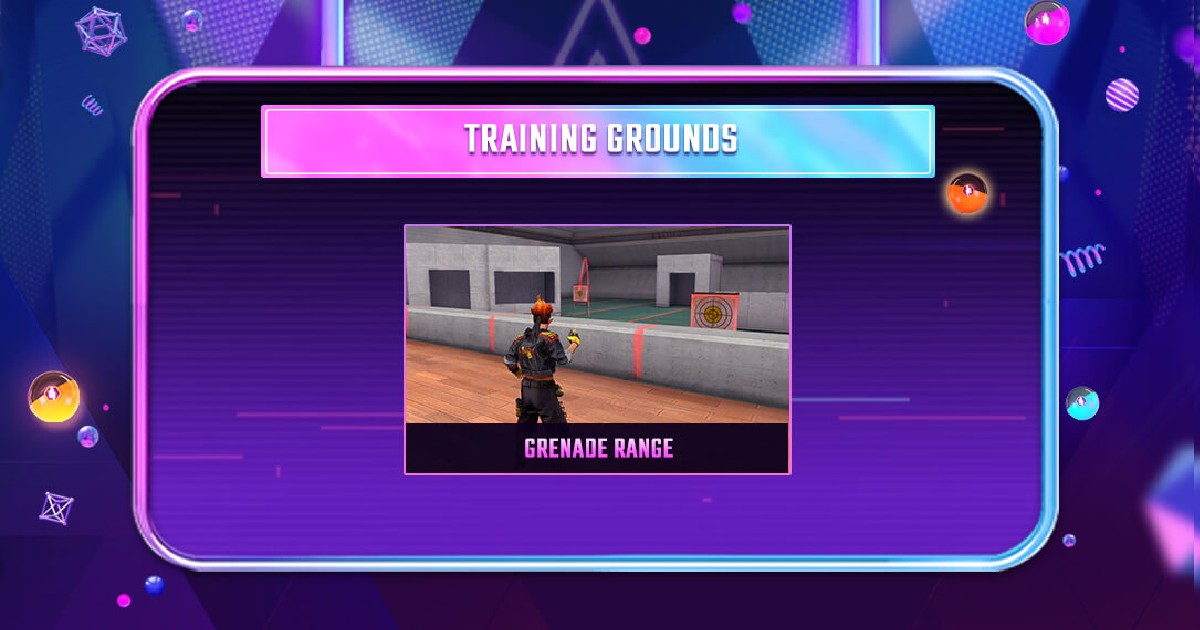 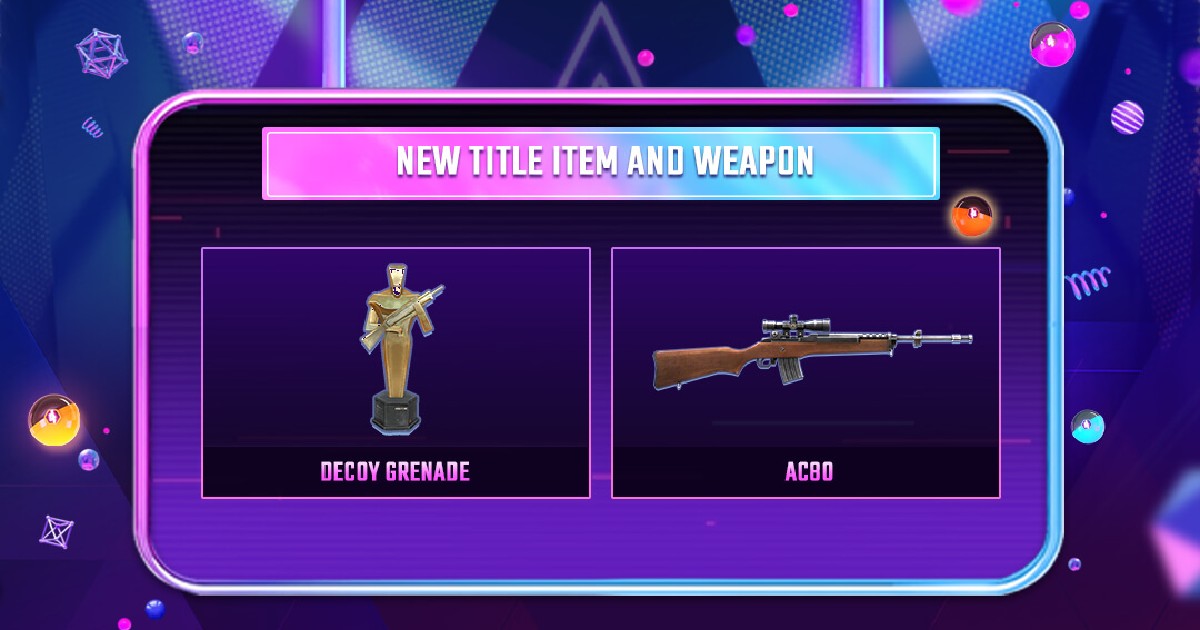 Free Fire also receives an array of new weapons with the introduction of the 4th-anniversary event. Here is the list of new weapons and improvements.

The game developers have added a new marksman rifle called the AC80, which is available in Clash Squad and Battle Royale.

The game developer has added three new modifications to the M4A1. “Players can pick up or purchase the M4 Chip to upgrade their M4A1 into the X, Y, or Z version,” per the official website.

UZI the SMP weapon is always considered a weak weapon compared to AR due to its small magazine size. However, the company has improved the damage and balance of the weapon to increase its reliability in close combat.

The XM8 gun is currently a bit weaker than other ARs (Assault Rifles) due to its lower damage and non-adjustable scope. The game developers have made some tweaks to improve the capabilities of the weapon.

We all know that SPAS12 is one of the weaker shotguns in Free Fire and no one wants to pick it up. With the new update, the weapon received more attachment slots to make sure it’s more reliable than before.

Vector also falls in the category of SMPS weapons and here are the tweaks by the weapon with the new patch.

“The M1887 is too strong in all categories at this moment since it does not require any attachments. We’re taking some of its power away to make sure weapons with attachment slots can be used to counter the M1887 when they’re fully geared.” 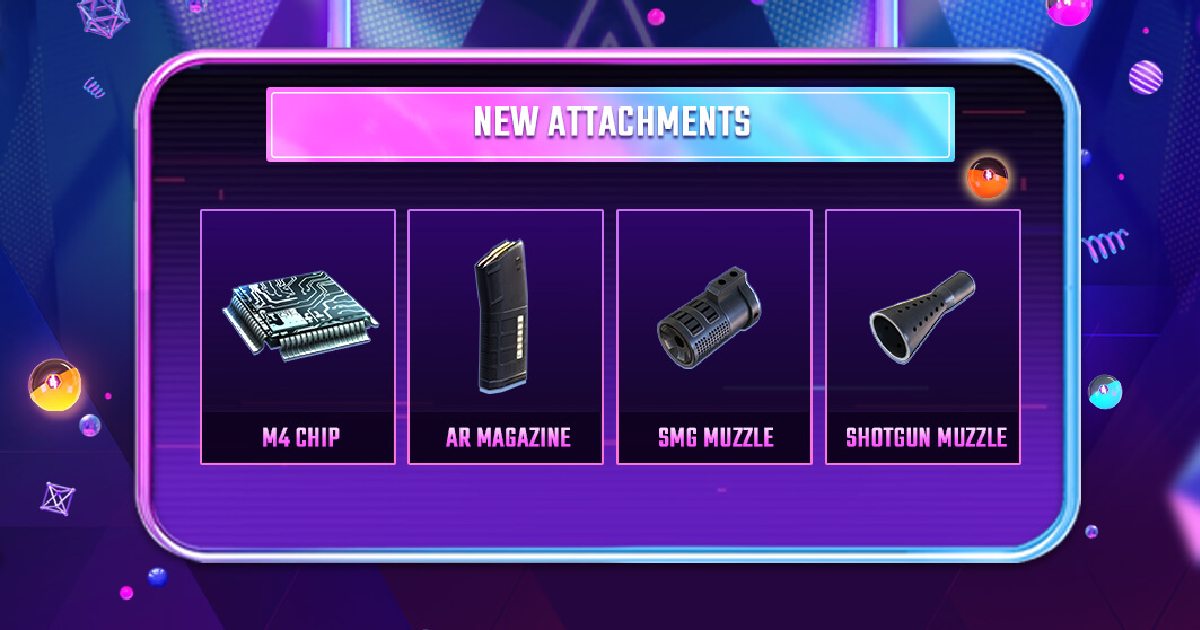