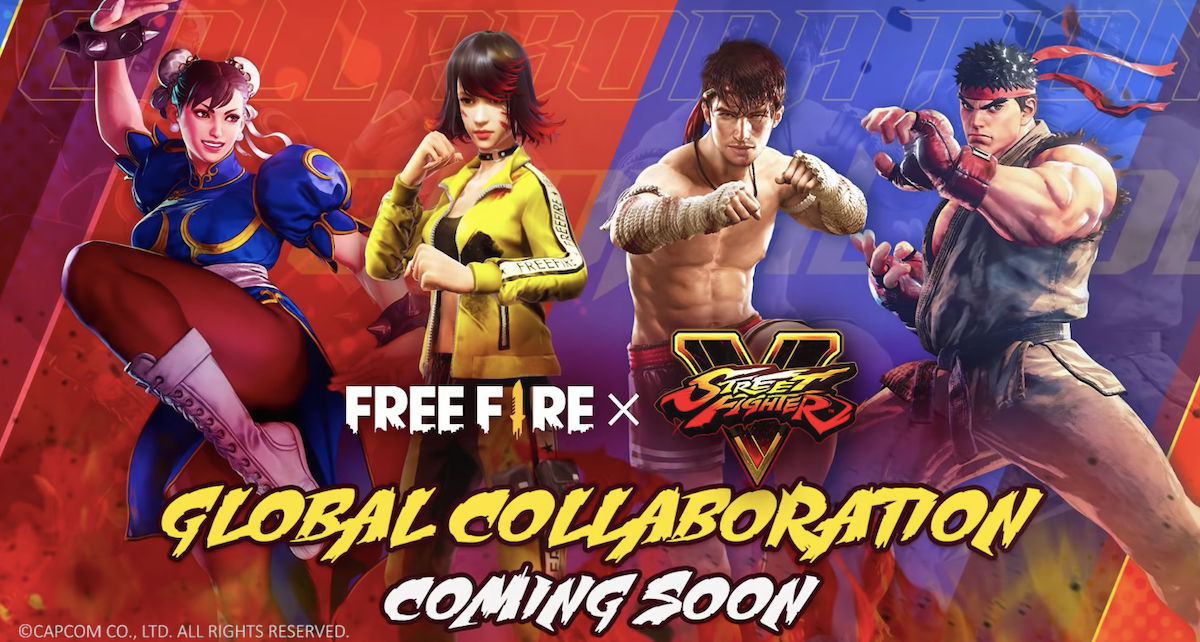 Crossover events between gaming titles are quite common throughout the industry. On that note, the popular battle royale title Free Fire has now collaborated with Capcom’s legendary Street Fighter franchise. The limited-time Free Fire Street x Fighter 5 crossover event will let you play as Chun-Li and Ryu: two well-renowned characters in the Streer Fighter franchise. The option to play with additional characters could be included, too, as the thumbnail shows. Neither Garena nor Capcom has mentioned just what the aforementioned crossover will entail other than two new playable characters. We should know more about it in the coming weeks.

Among other things, we can expect the Free Fire x Street Figher global collaboration to add some Street Fighter-themed cosmetics. It is, after all, a lot easier to sell digital hats on a timer under the garb of a ‘timed event’. Free Fire will also bake in signature Street Fighter moves into the game, such as Chun-Li’s spinning kick and Ryu’s Hadouken, if the information from a data miner is accurate (via InsideEsports).

Street Fighter fans looking to get a taste of their favourite characters in Free Fire will have to wait until July to get a taste of the event. Currently, Free Fire has partnered with McLaren to introduce several automobile-themed elements into the battle royale title. Free Fire’s way of keeping things fresh involves themed crossover events every month. Looking at its active player base, the strategy seems to be working for Garena pretty well.