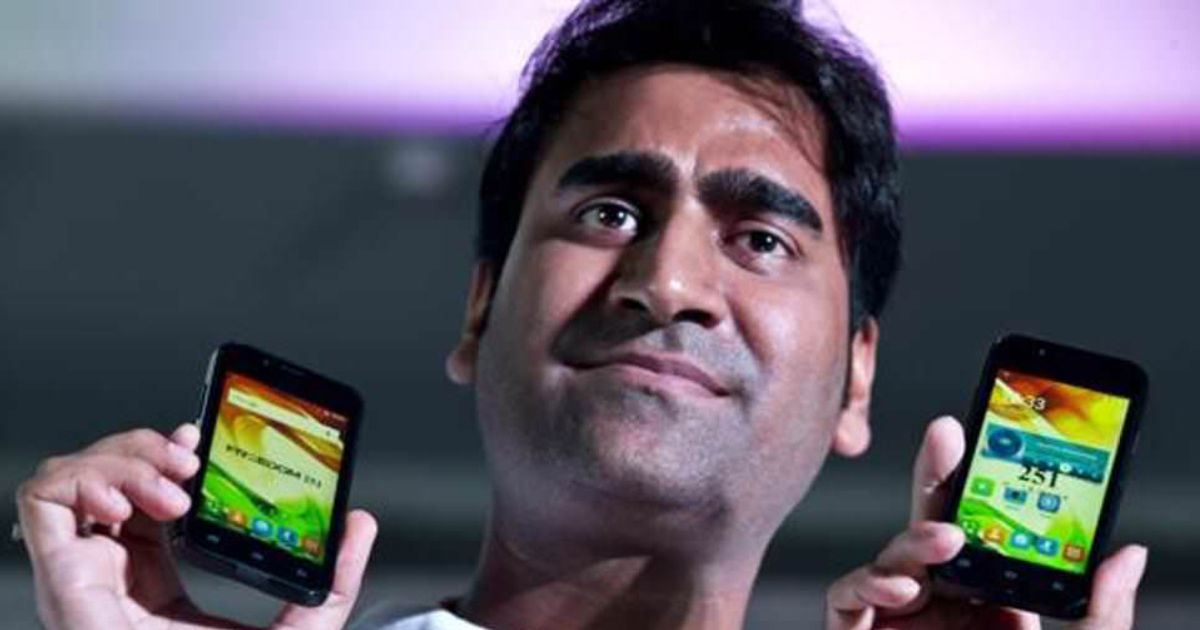 Freedom 251 mastermind, Mohit Goel, has been arrested from Greater Noida on August 23rd, Monday. This comes after an Indirapuram Resident Vikas Mittal had filed an FIR against Goyal and five others on August 19th alleging them of fraud amounting to Rs 41 lakhs. Mohit’s house in Great Noida was raided on Monday and was arrested following that.
“He (Mohit) had cheated Vikas Mittal of Rs 41 lakh and when the victim confronted him, he was threatened. On August 19, the accused tried to run Mittal over by a car. Mittal was injured and on the same day, he lodged a police complaint against Goel,” said Sanjay Pandey, SHO, Indirapuram.

Following the arrest an FIR was registered under IPC sections 420 for cheating, 384 for extortion, 386 extortion by putting a person in fear of death, 506 for intimidation, 307 for an attempt to murder, 120B criminal conspiracy, 323 for voluntarily causing hurt, 504 for the intentional insult with intent to provoke breach. “Following the FIR, a team from Ghaziabad police raided Goel’s house and arrested him. Five others have been named in the FIR,” said Pandey.

This isn’t the first time that Mohit Goel was arrested by the police. Back in 2017, Goel was arrested on charges of fraud and criminal conspiracy. The case was filed by Ayam Enterprises, which alleged that the company Ringing Bells – which launched the infamous Freedom 251 smartphone – defrauded it of Rs 16 lakh.

Back in January, Mohit was behind the bars for allegedly defrauding dry fruit traders for Rs 200 crore. Goel started a dry fruit company called Dubai Dry Fruits and Spices Hub in Noida, where he would purchase dry fruits from traders across India at higher than normal rates and made timely payments to gain their trust. However, later he would place bulk orders and make an advance payment of 40 percent through net banking. The remaining he would pay by post-dated cheques, which ultimately bounded at the bank. The police had apparently received at least 40 complaints of fraud against the traders in Punjab, Delhi, Karnataka, West Bengal, UP, Andhra Pradesh, and others.

There are 35 cases of cheating and other crimes registered again Mohit Goel across the country, said the police.