91mobiles.com
Home Android Freedom 251 unboxing and first impressions: too good to be true

“While the Freedom 251 is priced very cheap, it doesn’t skimp on any features”

A smartphone for mere Rs 251?  That’s all we need to say to raise everyone’s collective eyebrows since getting a feature phone at this price tag is unheard of, let alone a smartphone. However Noida-based Ringing Bells is aiming to make this a reality with the Freedom 251. The phone was unveiled amidst much fanfare at an event in New Delhi yesterday. While demo units were a rare sight, we managed to get our hands on one briefly, and here’s how we’ll describe our experience. 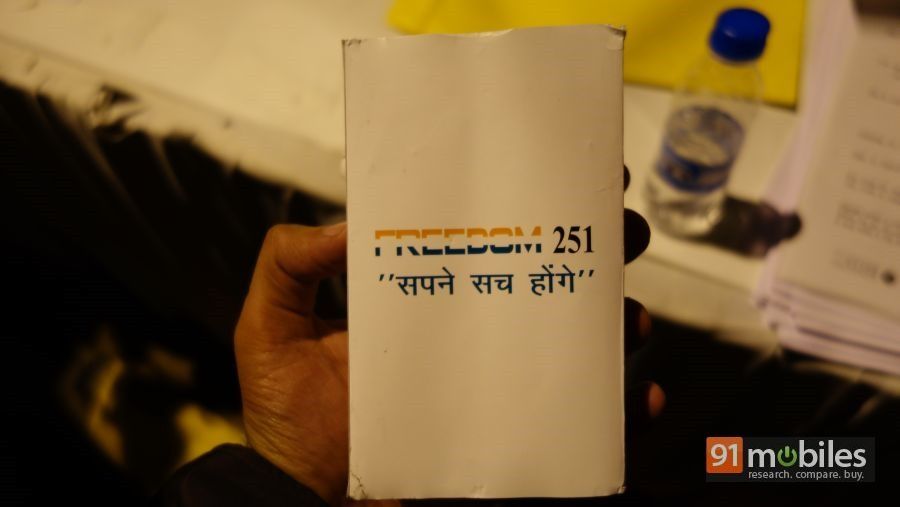 The device comes packed in a basic cardboard package, with its name up front. Removing the paper-type lid, you get the smartphone itself. Underneath, the box offers an earphone, a charger and a flat micro-USB cable. To be honest, these accessories itself would cost more than Rs 251, so we do have our doubts that whether the retail pack would come with them. 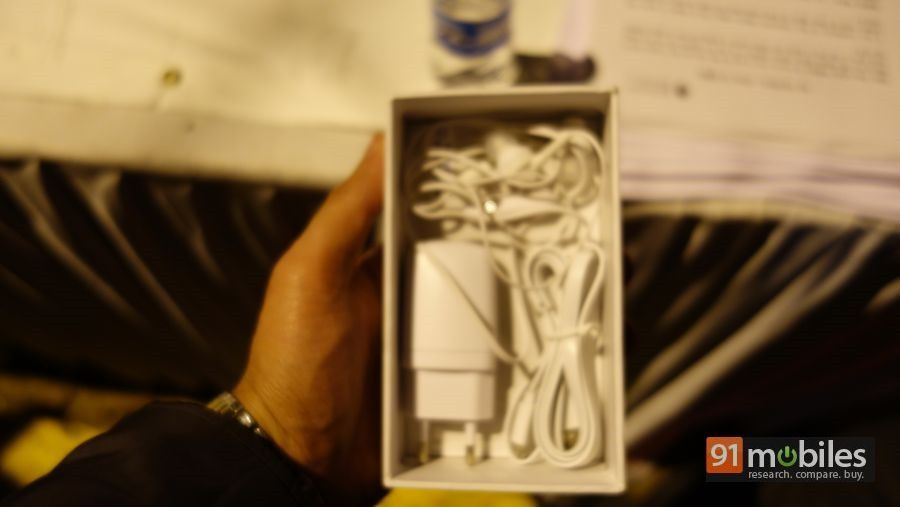 Before the start with our first impressions, it’s important to point out that the handset is a pilot device, and there may be one or more changes in its design or otherwise, when it launches commercially. The fact that it’s a pilot phone also became apparent when we saw the Adcom logo hidden underneath whitener. 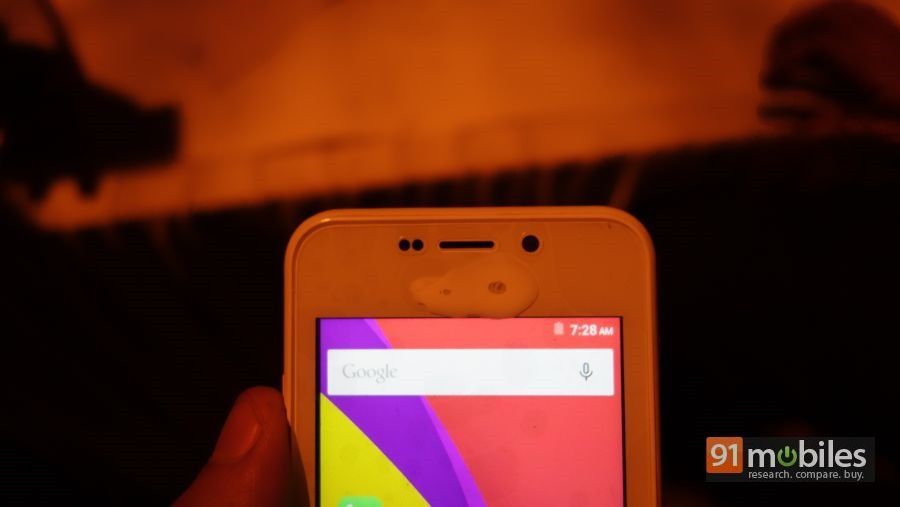 The Freedom 251 seems to be an identical offering to Adcom’s Ikon 4. It’s built around a display panel measuring 4-inches, and hence nestles in the hand perfectly. It can be operated single-handedly with ease. Along with the logo on top (which is hidden with the use of a whitener), there’s an earpiece, a front-facing camera and a couple of sensors above the screen. Underneath, the mobile has a circular iPhone-like home button. Interestingly enough, the button only seems to let you return to the previous screen when pressed once, while long-pressing it opens the options menu. There’s no way to jump to the homescreen. 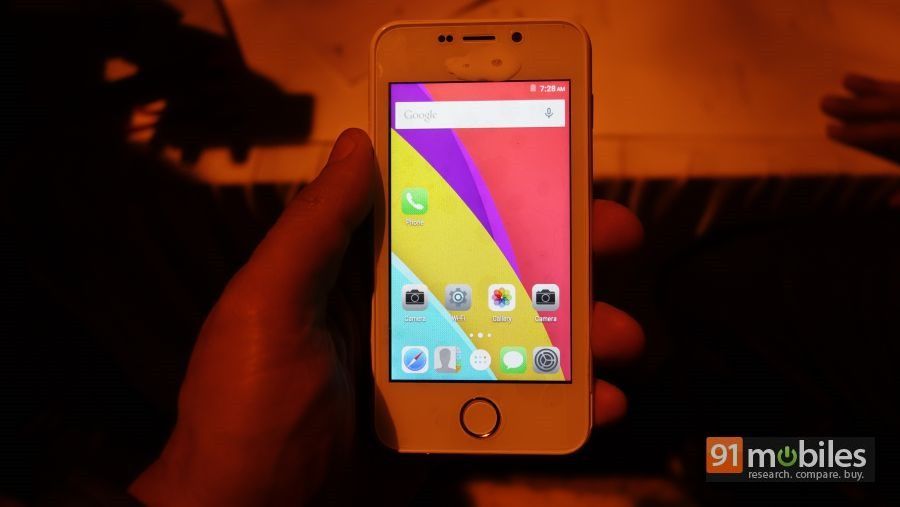 Towards the right, you’ll find a power button, while the left edge holds the volume rocker along with an additional button. Strangely though, the button doesn’t seem to work at all. It might be for changing the sound profile or some other action, but we can’t know for sure until we get the retail edition of the Freedom 251. Both the micro-USB port and a 3.5mm audio socket are available up top, whereas at the bottom, you can find the speaker holes. 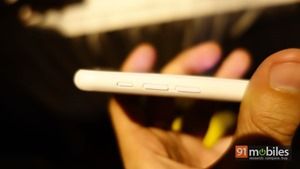 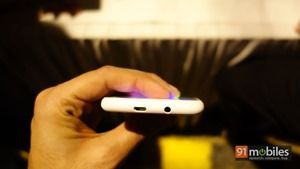 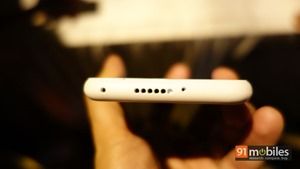 The back of the Freedom 251 gets a print of the national flag. The removable panel has smooth finish, which might get slippery after prolonged usage. Opening it reveals the battery compartment along with two SIM slots and a microSD card slot. 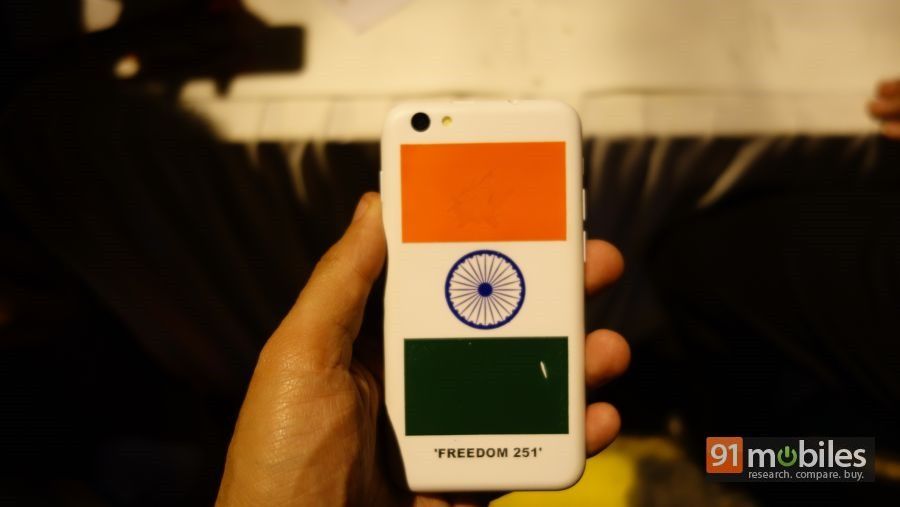 The 4-inch IPS display on the Freedom 251 bears a resolution of 960 x 540 pixels, which is pretty good. Thanks to a pixel density of 275ppi, the display is able to offer sharp visuals. The colour reproduction is good and brightness levels also seemed to be fine. 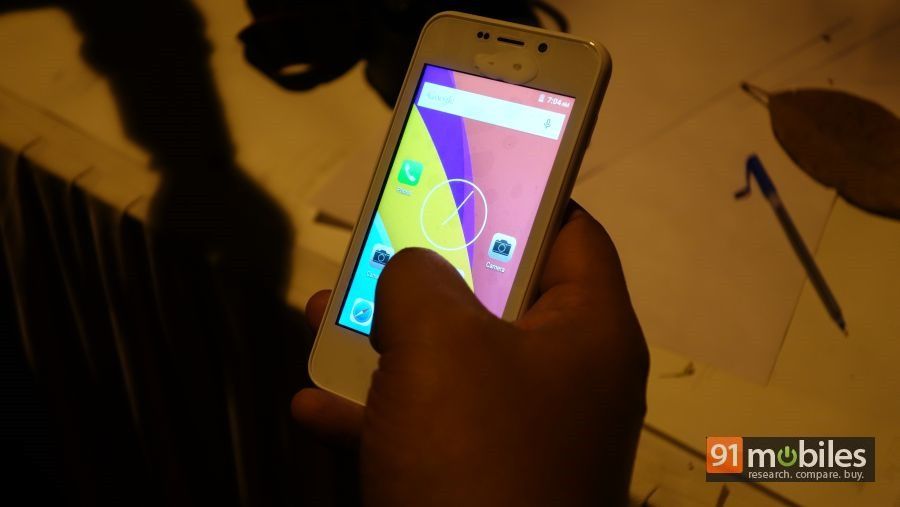 Design isn’t the only area where the Freedom 251 has borrowed traits from Apple. All the icons on the phone also seem to be heavily inspired, if not lifted, from iOS, which is just one of the reasons the company might run into trouble. Apart from the custom icons, the phone seems to run stock version of Android 5.1 Lollipop. What we really appreciate though, is the support for gestures like double-tap-to-wake and the ability to trace certain characters to open certain apps. While the company is heavily promoting the fact that it’ll come preloaded with apps like Swacch Bharat and Himmat, those titles were nowhere to be seen in our demo unit. 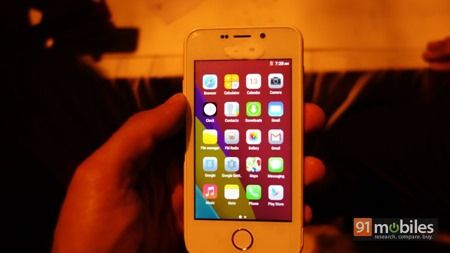 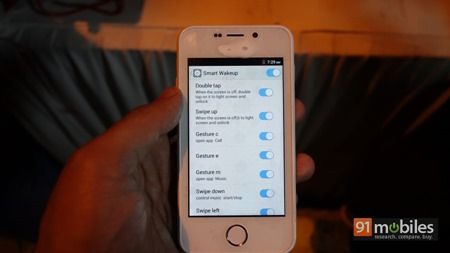 Under the hood, the Freedom 251 comes equipped with a 1.3GHz quad-core processor, which is coupled with a gigabyte of RAM. The combination is powerful for the price, and during our brief time, the phone offered a lag-free usage. In terms of memory, the device comes with 8GB storage on board, out of which you get around 5.5GB for personal use. You can also top it up further by an additional 32GB with the use of a microSD card. 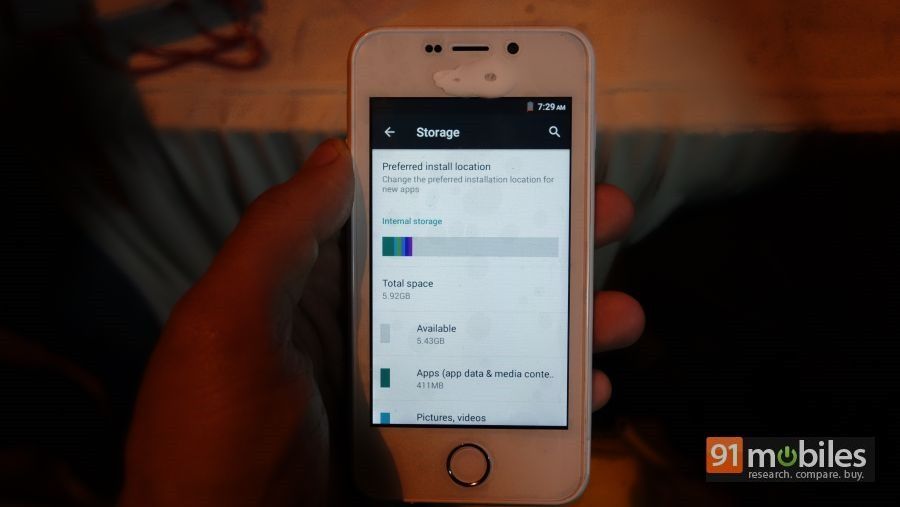 In the camera department, the handset features a 3.2-megapixel sensor at the back and a VGA front-facing camera. The rear snapper also gets assistance from an LED flash for shooting in low-light conditions. The Freedom 251 comes with Google camera app, which is minimal and quite fast. Shutter speed is also decent, and images also looked fine on the phone screen. 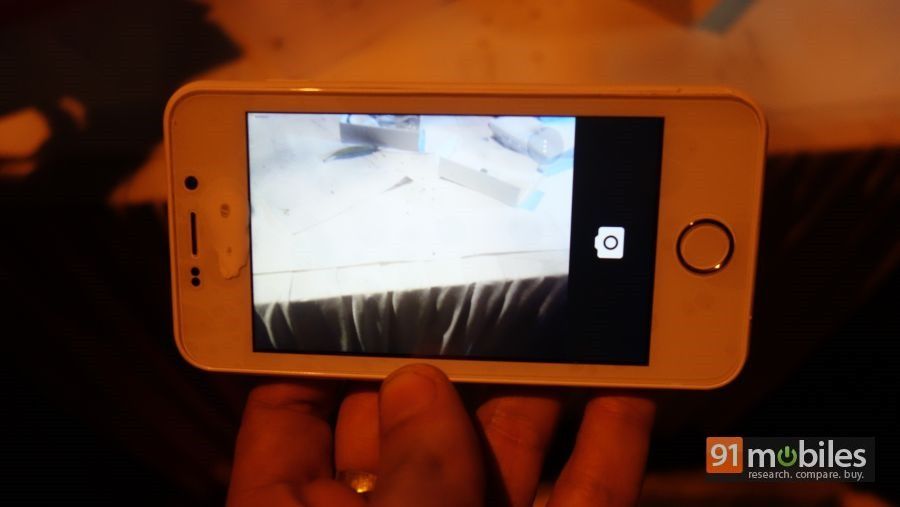 Powering the show on the Freedom 251 is a 1,450mAh removable battery. For connectivity, the mobile offers usual options like dual-SIM (with 3G support in the primary slot), Bluetooth, Wi-Fi and GPS. 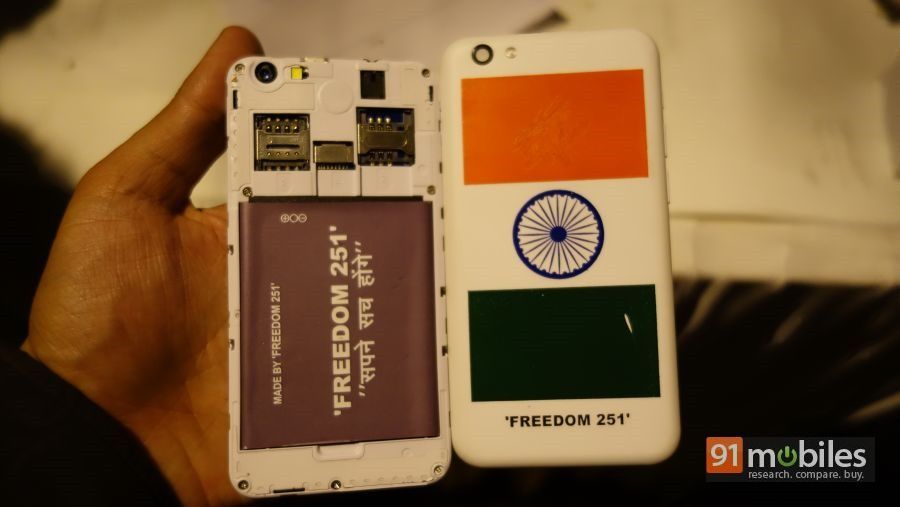 For the price it offers, the Freedom 251 doesn’t skimp on any features, but we think this might be too good to be true. We have some serious doubts on whether this phone will actually become a reality, and we’re going to outline the reasons why in a separate post. The phone can be pre-ordered on the official website (it’s closed for the time being due to the overwhelming response), and it’ll be delivered by June 30th. We’ll be bringing you more detail on the phone and its progress, so stay tuned to 91mobiles.
ShareTweetShare