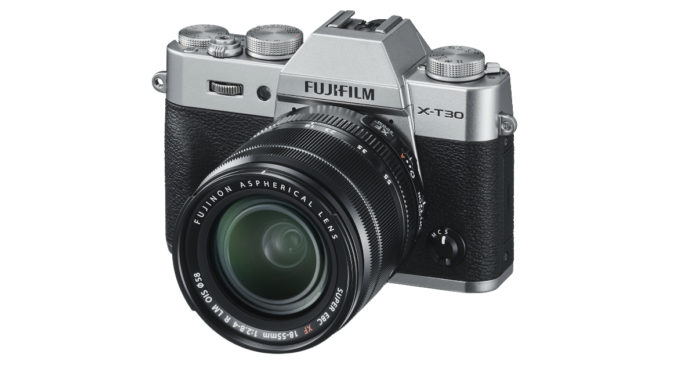 “The Fujifilm X-T30 is powered by the same X-Trans CMOS 4 sensor, along with most features of the larger X-T3 camera, minus video capabilities.”

Japanese imaging titan Fujifilm has announced a new entrant in its popular X-camera series, the X-T30. According to the company, the X-T20, launched two years ago, has been the company’s best-selling X-series camera, and the X-T30 is aimed at being a worthy successor. Built on the lines of the flagship X-T3 camera, the X-T30 is essentially a smaller, lighter and more affordable version of the flagship model. Priced at $899 (~Rs 64,000) for body only and $1,299 (approx. Rs 92,400) in a kit with the company’s 18-55mm lens, the X-T30 will start shipping late next month in black and silver colour options, followed by a new gunmetal ‘charcoal silver’ shade in June.

The mirrorless camera weighs just 383g, and makes use of the tried and tested 26.1MP X-Trans CMOS 4 APS-C sensor, and the iconic X-Processor 4 image processor that reproduces the iconic film tint modes in all of Fujifilm’s cameras. The 2.16 million phase detection autofocus points cover almost the entire frame and are capable of delivering continuous shooting of up to 30fps (using the electronic shutter) in a cropped frame equivalent to 16.6MP (1.25x crop). The X-T30 also comes with advance face and eye detecting features, which make use of X-Processor 4’s high processing speed and improved AF algorithm. The low-light limit for phase detection AF has also been extended from +0.5EV on previous models to -3EV.

In terms of video, the camera can record 4K/30p at 8bit 4:2:0 on an SD card or at 10bit 4:2:2 on an external storage media via the HDMI port for more colour information. The camera is also capable of F-log recording, which captures footage in wider gamut for later editing of color tones and luminosity. Look wise, it retains many features of the X-T20, specially on the front side. However the rear design has been altered to include a focus joystick and a 10 percent thinner LCD display.