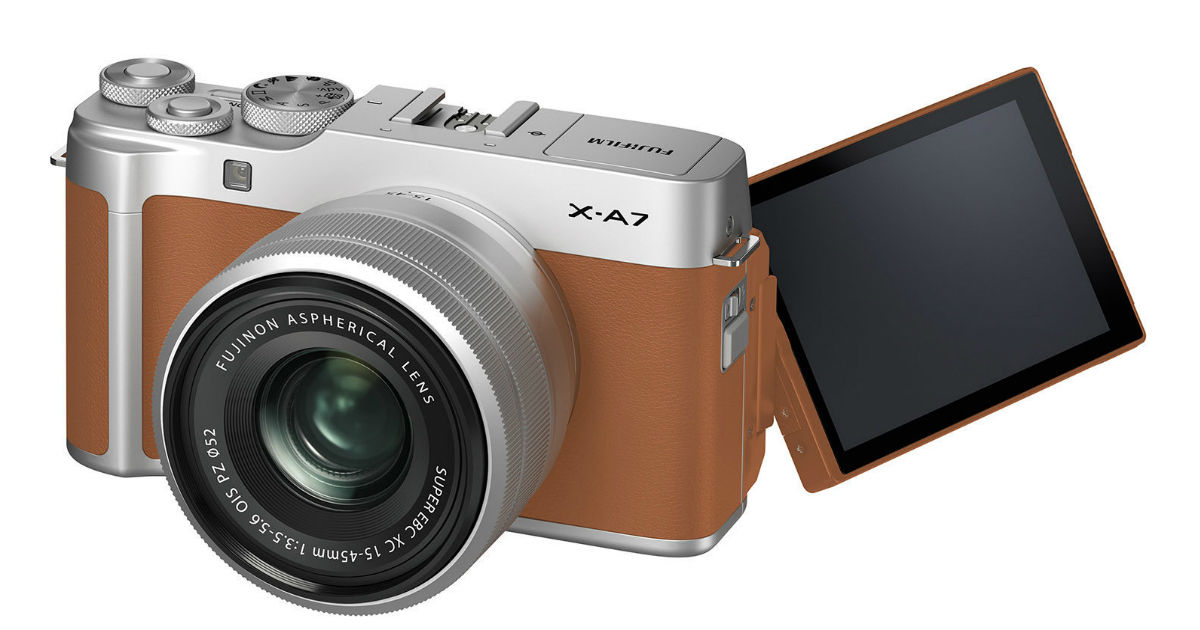 Fujifilm X-A7 entry-level camera has been officially announced. It packs the latest Fujifilm’s 24.2-megapixel CMOS sensor and eight times as many phase-detect pixels compared to the Fujifilm’s previous entry-level model, the X-A5. The burst speed is at six frames per seconds, and it can record 4K videos at 30 fps and 1080p at 60 fps. The ISO range is between 100-12,800, which can be expanded to ISO 25,600. The camera weighs 455 grams with a lens attached.

The Fujifilm X-A7 packs a 3.5-inch LCD full-touch display with 16:9 aspect ratio, thereby making it easier for selfies and also vlogging. Since there aren’t any physical controls, the display can be used to adjust the settings of the camera, including screen brightness, film simulation, and others. There is Fujifilm’s “Bright Mode” scene recognition tech that enables HDR to produce bright and vivid images. The camera supports face and eye-tracking as well.

Fujifilm X-A7 supports Bluetooth LE for transferring images from camera to a smartphone. There is a USB Type-C port for connecting to the PC and for charging. The entry-level camera is priced at $700 (around Rs 49,700) with a Fujinon XC 15-45mm f/3.5-5.6 OIZ PZ kit lens and will be available in the US starting October 24th. It comes with mint green, camel, silver and dark silver colour options.