While it’s easy to get enamoured by funky-looking laptops boasting gaming creds, screens with crazy high refresh rates and resolutions, and top-of-the-line specs, the fact is that not everyone needs one of these performance monsters for their day-to-day work. A lightweight contender that packs enough grunt for all the usual use cases can suffice for most regular requirements and that’s exactly where the Fujitsu CH series laptop shines. Let’s see what it’s made of, figuratively speaking. 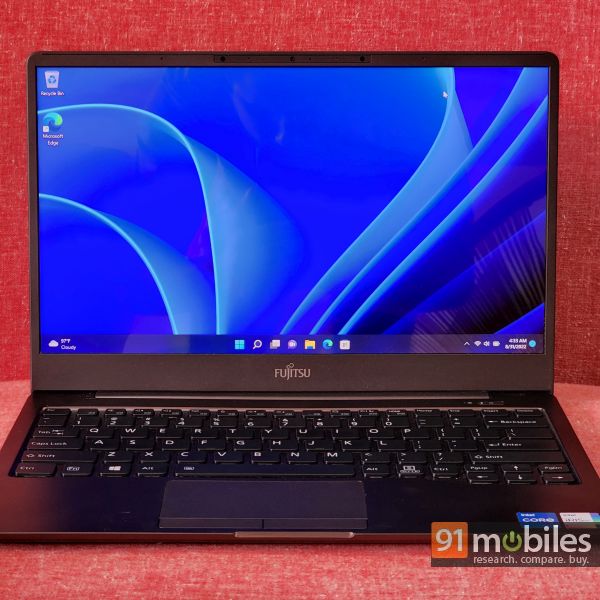 988 grams. Read that again. That’s how much this laptop weighs, and it’s not as if it compromises on any aspect to get to that featherlight weight. It’s a full-fledged, well-built 13.3-inch laptop, and not insanely slim either, but tipping the scales at less than a kg makes it a road warrior’s dream machine. It’s amazingly portable and can be carried around in a backpack or messenger bag the whole day without weighing your shoulders down. 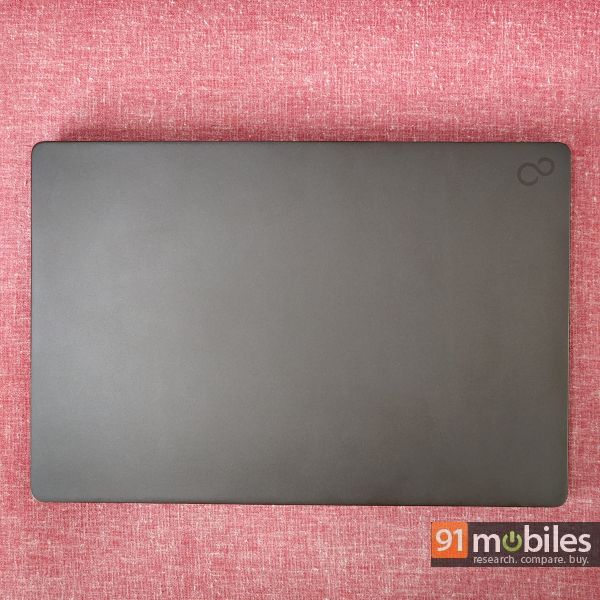 Designed in Japan, this particular model I’m reviewing comes in mocha brown and looks pretty good. The laptop bears a clean, minimalistic aesthetic, bearing a subtle, barely visible logo at one corner. The lid does collect quite a few smudges and needs to be wiped every once in a while. It’s reasonably slim at 16mm, but despite that, offers a full-sized HDMI port. 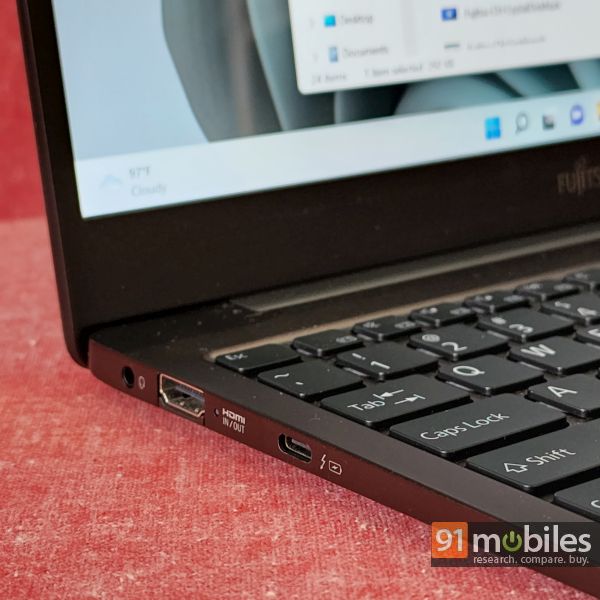 Other than that, you also get a combo audio port, two Thunderbolt 4 ports (one on either side) and a USB Type-A port with Anytime Charge support as well. That just about covers the basics, but it’d been nice to have a few more connectivity options, at least a card reader maybe. Wi-Fi 6 and Bluetooth 5.1 are there as the standard wireless connectivity options. 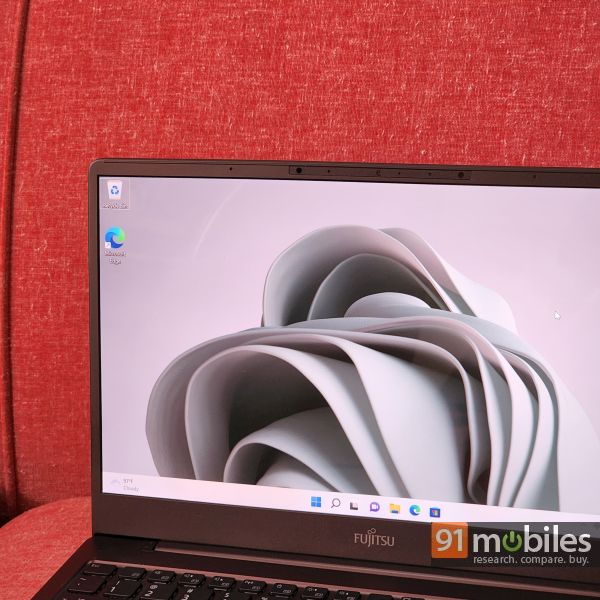 Opening the lid, which is something that can just about be achieved with one finger without the base lifting up, reveals the 13.3-inch display. The FHD panel from IGZO is nice and bright at 400 nits and offers good viewing angles. On the flip side, it’s glossy and reflective, which can be problematic if you have a light source behind you. The keyboard features well-spaced-out keys that are quite clicky and offer a lot of travel. 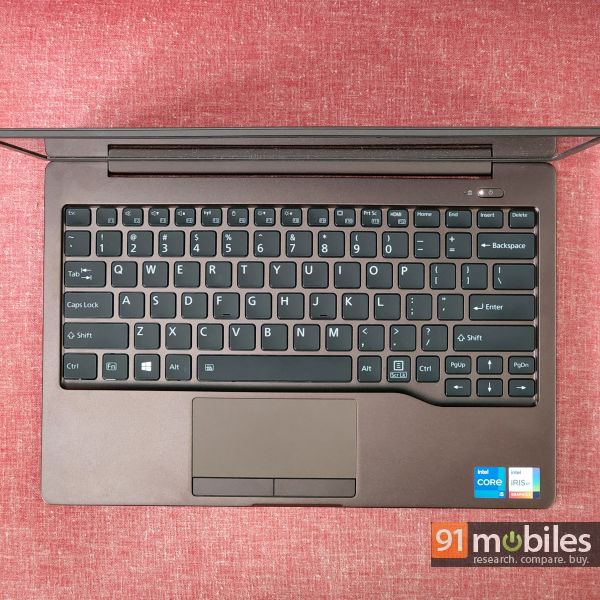 There’s a slight wobble to the keys, but that doesn’t take away anything from the comfortable typing experience the Fujitsu CH series laptop can offer. There’s a backlight available as well, if you’re wondering. The trackpad is smooth too, featuring precision drivers, and has a pair of dedicated mouse buttons below. The laptop is powered by Intel’s 11th-gen Core i5-1135G7 chip, mated to 16 gigs of LPPDDR4 RAM, a 512GB NVMe SSD and Intel Iris Xe graphics. It’s not the latest generation processor from Intel and won’t set the benchmarks on fire, but packs enough grunt to run most day-day-productivity tasks easily, and even a few basic games at medium settings. It’s not the best performance you can have at this price point though, so that’s something to be kept in mind. Also, while the heat dissipation is managed well, the fans can be heard doing their job even when performing basic tasks on the laptop. The 53Wh battery is decent and should give you a day’s worth with medium, productivity-based usage. Using the bundled 65W Type-C charger, the device juices up fully in about 2 hours. 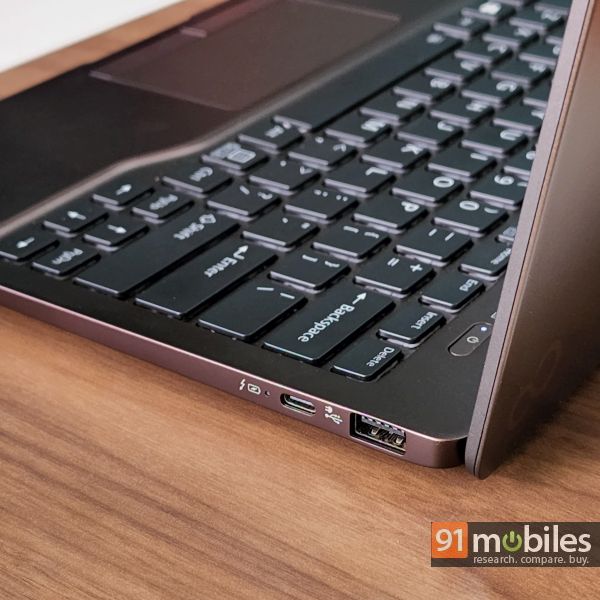 The Dirac Audio-powered stereo speakers churn out decent audio but lack bass and you can’t really expect to enjoy music or movies using them. The device doesn’t come with a fingerprint scanner, but you do get Windows Hello authentication which works well. The HD webcam does its job for video calls. 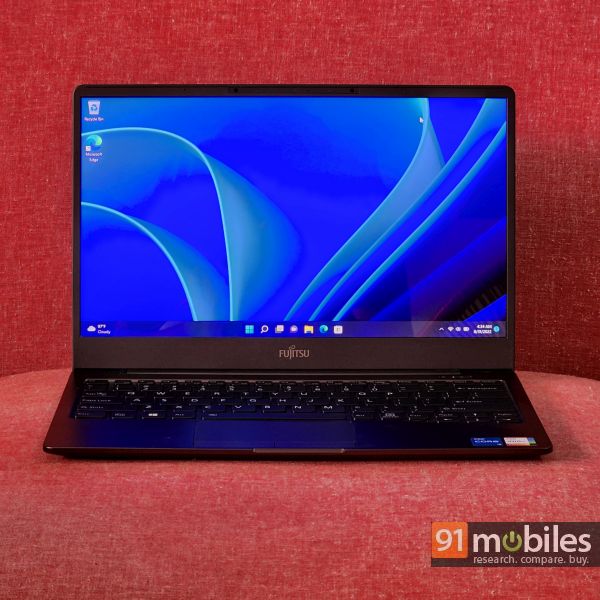 Things are clean as far as the software is concerned, You get Windows 11 Home preloaded, and the included MS Office is a nice touch. There’s some bloatware, apart from the usual stuff you get along with Windows. You do, however, get a couple of small utilities to manage the battery charging and Type-C port behaviour. The battery utility lets you limit charging to 80 percent to protect battery health, while the Type-C port utility lets you set charging or feeding power for the port on the left side. The Fujitsu CH 4ZR1H03553 is priced at Rs 69,990 for the IGZ) display model, and there’s another SKU that retails at Rs 72,990 that offers an OLED display, keeping other specs the same. In this price range, you can get better overall specs though, and if you’re after performance, the Fujitsu CH might not be for you. It’s unbeatable in terms of portability though, with its 998-gram weight working in its favour. If you’re a frequent traveller or otherwise find yourself carrying your laptop around for a better part of the day, and your usage comprises mainly productivity tasks, the Fujitsu CH 4ZR1H03553 could be worth shortlisting.