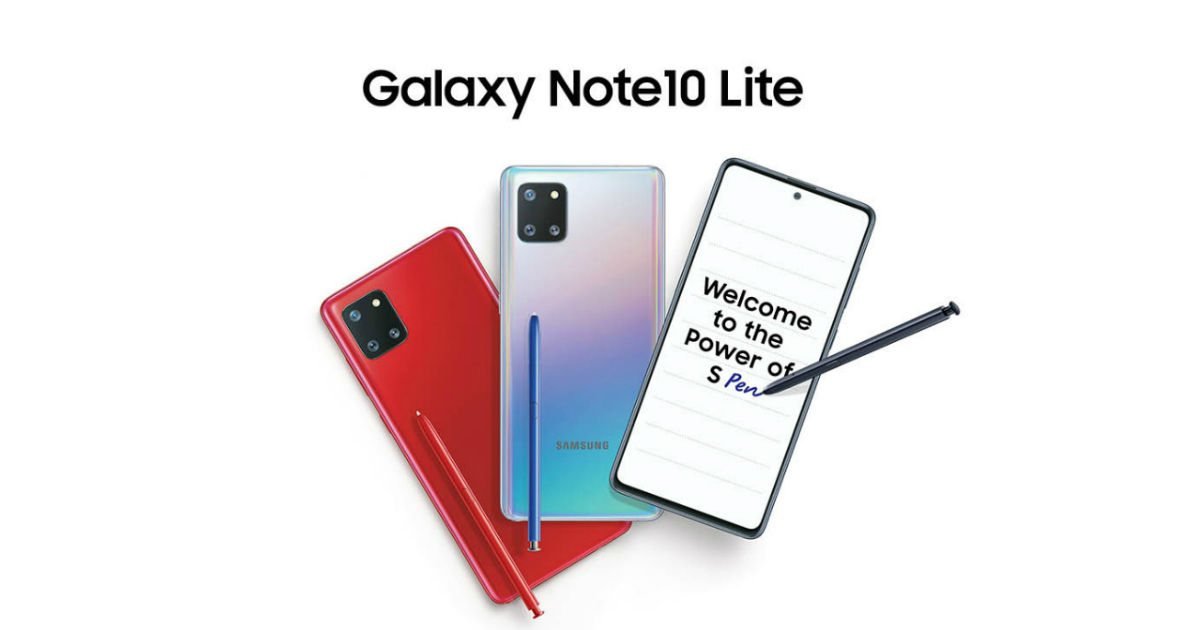 If you are in the market for a smartphone that delivers a premium experience but doesn’t burn a hole in your pocket, then Galaxy Note10 Lite must already be on your list. The Galaxy Note10 Lite bears all the hallmarks of a traditional Note handset, i.e. powerful performance, S Pen support, long battery life, and so much more. What makes it special, though, is its unbelievable sub-Rs 40,000 price tag. And don’t be mistaken by the ‘Lite’ moniker. With its gorgeous 6.7-inch Super AMOLED display and a barrage of exclusive features, the Samsung Galaxy Note10 Lite offers a combination that no other smartphone in its price range – the new OnePlus 8 included – can offer.

Read on to find out why Samsung Galaxy Note10 Lite, and not OnePlus 8, should be your choice if you have a premium mid-range smartphone on your mind.

Only device in this segment with an S Pen 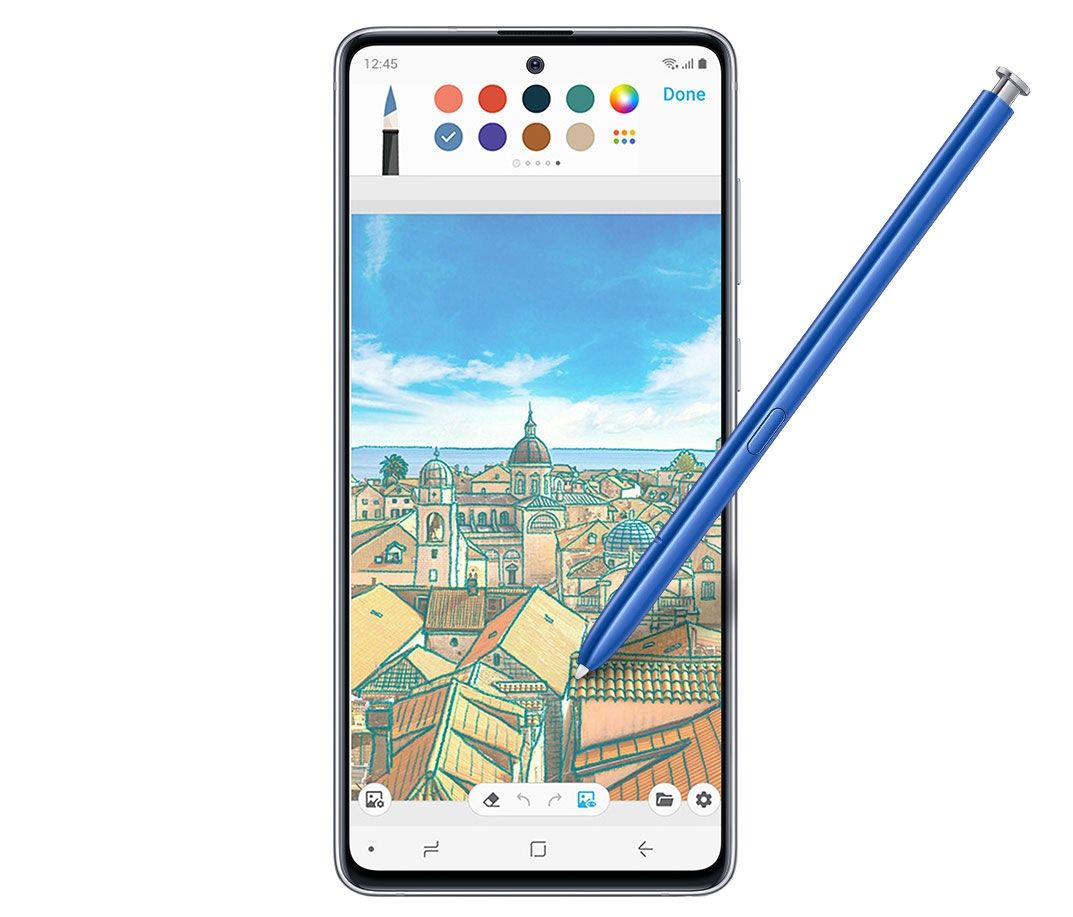 With its Galaxy Note series, Samsung has spent close to a decade perfecting the art of digital note-taking and improving productivity. The S Pen is now capable of adding a pinch of excitement to even seemingly mundane tasks like scrolling through photo albums, using the camera, or controlling music playback. With Air Actions, you can wave the S Pen like a wand and switch between front and rear cameras, take photos, increase or decrease the phone’s volume, and so much more. The Text Export feature of the S Pen can instantly convert whatever you scribble on the screen into editable text. You can then instantly share your creation with friends or colleagues.

With its 0.7mm tip and support for 4,096 pressure points, the S Pen is as close you can get to the feel of putting pen to paper while using a smartphone. Using the Samsung Notes feature, you can quickly jot down important points during crucial meetings. The S Pen can also be configured to be used as a remote control for important presentations. Then there is the Screen Off Memo feature that lets you write and draw on the display even when the display itself is off.

The PENUP app on the Galaxy Note10 Lite is a veritable goldmine of creativity where everyone can be an artist. It allows you to use various pen effects to create everything from sketches to full paintings. The app mirrors the functionality of a full-fledged social media platform with the ability to comment, like, and share content.

The features listed above only provide a small glimpse into a world of possibilities unlocked by S Pen. As of now, there is nothing in the OnePlus ecosystem that even comes close to offering the capabilities the S Pen brings to the table.

Bigger display as compared to the OnePlus 8 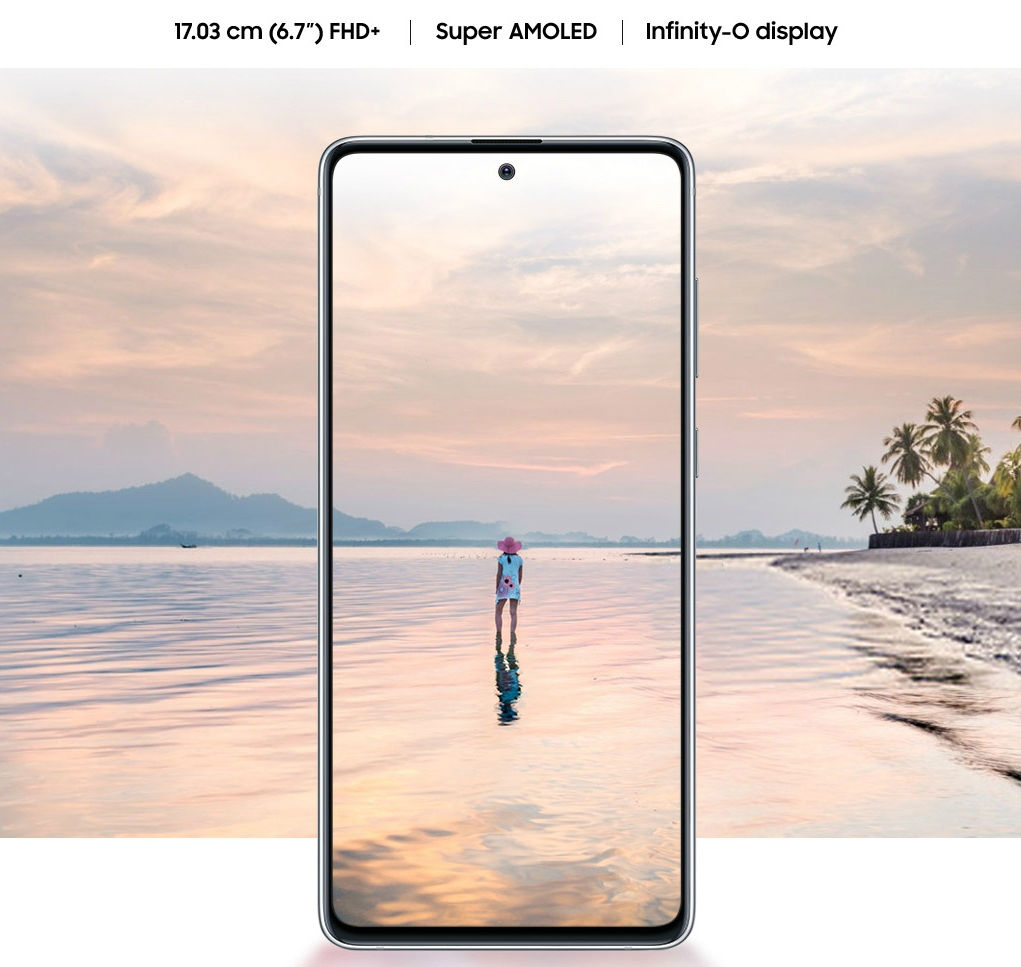 With smartphone displays, the adage ‘bigger is better’ is almost always true. The Samsung Galaxy Note10 Lite has a massive 6.7-inch Infinity-O display is not only bigger than the 6.55-inch panel of OnePlus 8, but is also among the most colour-accurate AMOLED displays in the market. With support for scribbling and note-taking, the display on the Note10 Lite offers something most other handsets in its price range could never dream of.

More camera features in comparison to the OnePlus 8

The OnePlus 8 and the Galaxy Note10 Lite both feature triple-camera arrays at the rear and aim to be photography powerhouses. While the OnePlus 8 features a combination of 48MP primary + 16MP ultra-wide-angle + 2MP macro lenses, the Samsung Galaxy Note10 Lite gets a 12MP primary + 12MP ultra-wide-angle + 12MP telephoto camera setup. To most laymen, the seemingly ‘larger’ 48MP primary sensor used on the OnePlus 8 should translate to better images. That, however, isn’t the case because if you dig deeper, you’d know that there are several other factors at play here. It is also pertinent to note that even with the 48MP sensor, the OnePlus 8 still outputs a pixel-binned 12MP image. 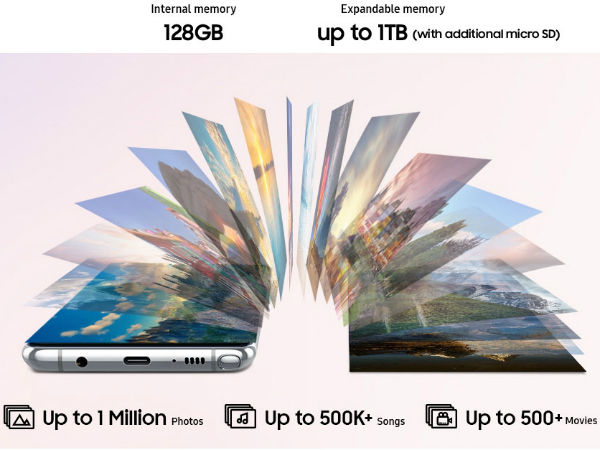 Another area where Samsung Galaxy Note10 Lite towers over the OnePlus 8 is the amount of storage you get. While the OnePlus 8 comes in 128GB and 256GB storage options, there is no way to expand the storage further in case you run out of space. This is an issue you won’t face with the Samsung Galaxy Note10 Lite. On top of the 128GB internal storage the smartphone offers, the phone supports up to 1TB of expandable storage thanks to the microSD card slot for memory expansion.

In the battery department, Samsung Galaxy Note10 Lite uses a large 4,500mAh battery, whereas the OnePlus 8 gets a relatively smaller 4,300mAh cell. While the extra 200mAh capacity already gives the Samsung model an edge over the OnePlus handset, the demands of the 90Hz display drain the battery quicker on the latter, meaning the former delivers better battery life.

The 10nm Exynos 9810 SoC chipset of Galaxy Note10 Lite is known for reliable, stable performance and has enough power to handle even the most demanding of apps. While the OnePlus 8 does pack the newer Snapdragon 865 chipset, you probably won’t see its potential in your daily usage. In fact, there is little chance that the average user would even notice any discernible difference in the performance of the two smartphones. 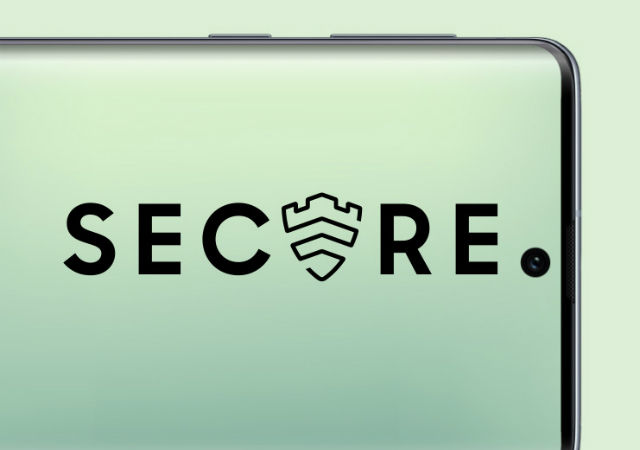 Two of the most sought-after features on the Samsung Galaxy Note10 Lite include the convenient Samsung Pay and the enterprise-grade Samsung Knox security. With Samsung Pay, you can forget about whipping out your credit or debit cards at POS counters when you buy something. This app can store the details of all your debit and credit cards and works with all regular swipe card machines. It even supports UPI apps and popular wallets like Paytm and MobiKwik in India.

With almost all aspects of our lives and crucial personal information stored inside our mobile phones, privacy is a major cause of concern with smartphones. With Samsung Knox, you have at your disposal enterprise-grade security features. Approved even by the NSA, Samsung Knox takes care of all your privacy concerns and offers a multi-layered security system to keep your data safe from prying eyes.

As the case was with the S Pen, there OnePlus 8 has nothing on offer that matches the functionalities offered by Samsung Pay and Knox.

Pricing: The icing on the cake!

Priced well below the Rs 40,000-mark, the Samsung Galaxy Note10 Lite is a no-compromise device. In fact, its recent price cut makes it more affordable than ever before. After the price cut, it costs just Rs 37,999 for the 6GB variant and Rs 39,999 for the 8GB RAM option. If that wasn’t all, the phone also comes with a new Rs 5,000 cashback offer on Citibank cards, bringing its effective price to just Rs 32,999! And even if you do not have a Citibank card, you can get up to Rs 5,000 upgrade bonus in exchange of your old device. A feature-packed, powerful yet lite device for a little over Rs 30,000, are we dreaming here? These prices are so much more affordable than the Rs 41,999 starting price of OnePlus 8 for the base 6GB + 128GB variant. The choice is clear.

Samsung Galaxy Note10 Lite vs OnePlus 7T: Time for the Flagship Killer to step aside