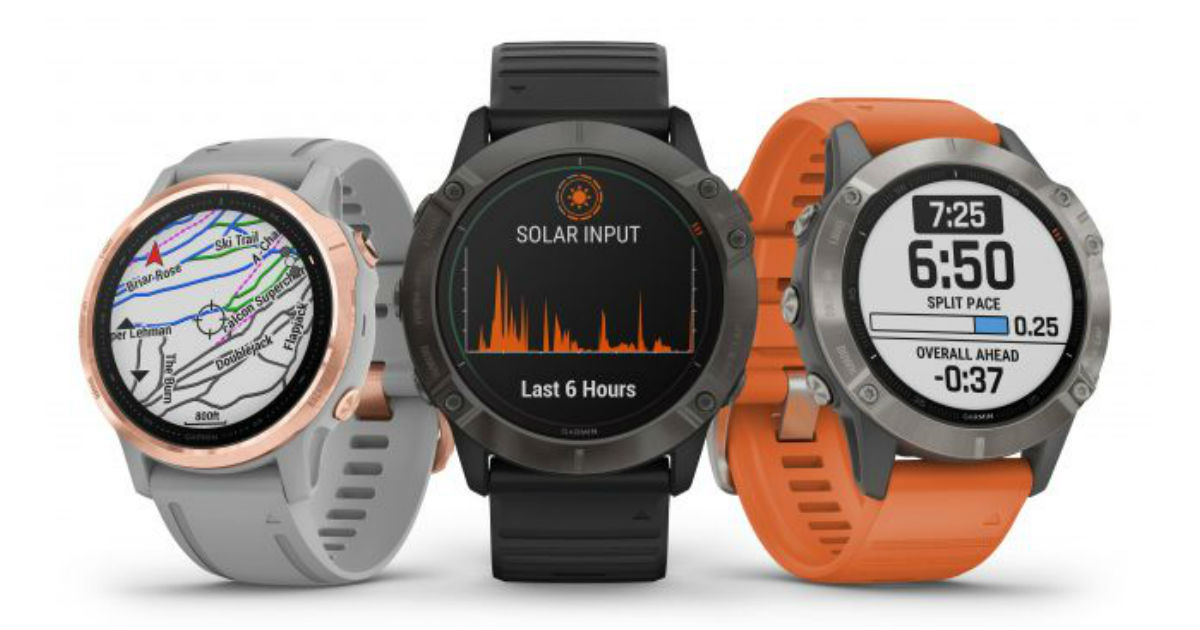 Garmin has refreshed its smartwatch portfolio with the global launch of the Fenix 6 series. The new Gamin Fenix 6 series is a successor to 2017’s Fenix 5X series and comes in as many as four models, dubbed as Fenix 6, Fenix 6S, Fenix 6X, and Fenix 6X Pro. The Fenix 6X Pro is the brand’s first hybrid solar-powered smartwatch. It’s almost similar to Garmin Fenix 6 and Fenix 6X, except for the Power Glass, which is a transparent solar charging lens, atop the 6X Pro display. The company claims that the Fenix 6X Pro will last up to 21 days on a single charge and an additional three days with the solar charge for three hours a day.

As for the specifications, the Garmin Fenix 6 and Fenix 6X both feature a 1.4-inch display, while the Fenix 6S packs a slightly smaller 1.2-inch display. The watches sport almost similar design as its predecessor, with either standard glass or sapphire glass on the front. The company has introduced new nylon and silicone bands for the new Garmin Fenix 6 series this year. All three watches pack Garmin Pay, built-in topographic maps, 20,000+ ski maps, 41,000 golf course maps, and storage that can hold over 2,000 songs. The Fenix 6 series also supports new PacePro technology, which is said to provide grade-assistant guidance while running and create plans ahead of time.

The wearables even show target split pace, actual split pace, distance to next split, and how much time you’re ahead or behind, during a run. Other features include heart rate sensor, GPS, pulse oximeter, sleep monitoring, Body Battery, and smartphone notifications.