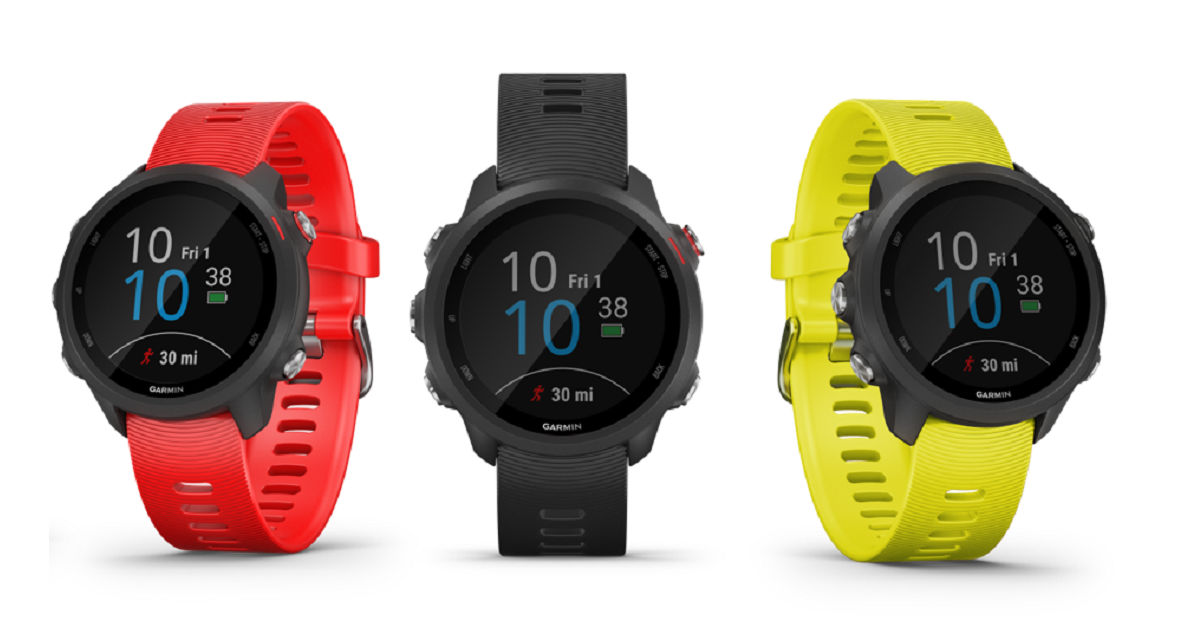 Garmin has introduced the latest smartwatches of its Forerunner family in India. The wearables are dubbed as Forerunner 245 and Forerunner 245 Music and were initially announced last month at an event in the US. Both the smartwatches are targeted at runners and cyclists who like to keep track of their workout. Apart from this, they also pack support for yoga, elliptical, strength training, and sleep cycles. The Forerunner 245 Music has an additional onboard storage to store your favourite playlists with up to 500 songs.

The Garmin Forerunner 245 price in India is set at Rs 29,990 and it comes in slate and amp yellow colour options. The Forerunner 245 Music, on the other hand, will set you back to Rs 34,990 and be available in Black, Lava, Red, and Aqua. Interested buyers can fetch the smartwatches via Amazon.in, Paytmmall, Myntra, and select offline stores across the country.

The Garmin Forerunner 245 and Forerunner 245 Music come with some interesting features such as built-in incident detection that will send your location to emergency contacts, in case of some mishappening, and Body Battery that uses collected data to gauge one’s
energy reserves at any moment. The smartwatches also pack a bunch trackers including GPS, run, and a pulse oximeter.

Apart from this, the Forerunner 245 series boast of waterproof design that means you can go swimming with them, 42mm casing, and Garmin Coach feature for free training plans. The Garmin wearables are rated to last up to seven-day battery life in smartwatch mode, 24 hours in GPS mode, and six hours in music and GPS mode on a single charge.