91mobiles.com
Home News Gionee making a comeback in India on August 25th with this sub-Rs...
Highlights 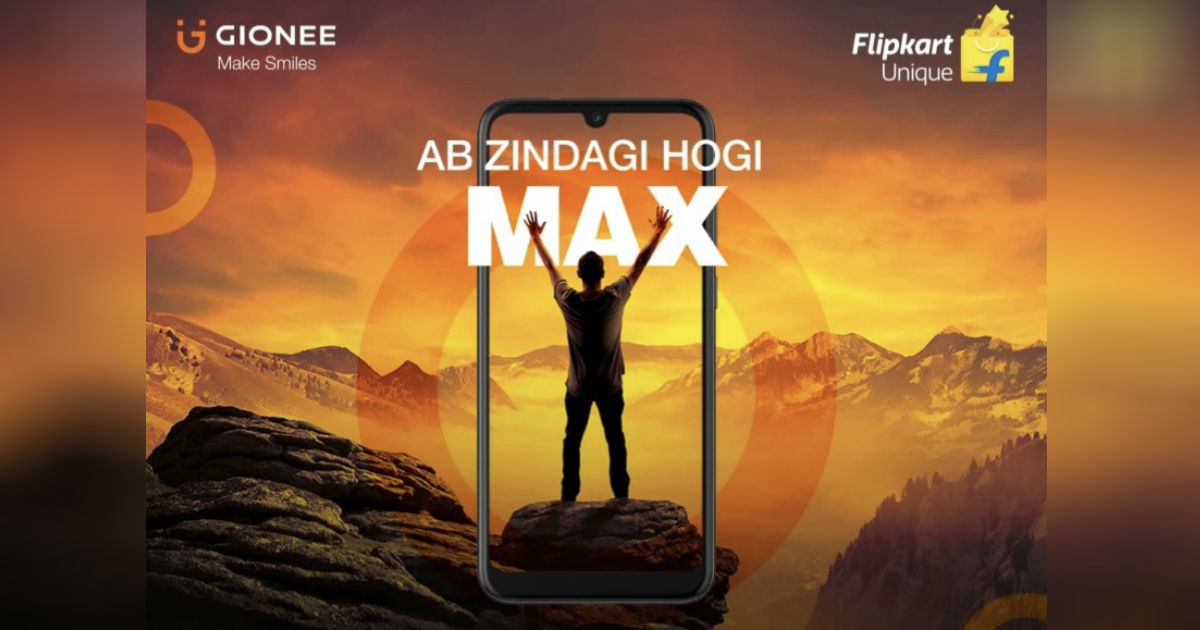 Gionee Max is a brand new budget smartphone that is set to launch in India on August 25th. The launch has been teased on Flipkart, which confirms the phone will go on sale on the e-commerce platform. The Gionee Max is teased to launch with a large battery, but the exact capacity is yet to be revealed. The teaser on Flipkart also reveals that the Gionee Max will come with a waterdrop display and will be priced under Rs 6,000.

The Gionee Max will likely offer a 5,000mAh battery going by the teaser on Flipkart. The entry-level smartphone will be announced on August 25th at 2 PM IST. We expect to learn more about the Gionee Max specifications through Flipkart in the coming days.

It looks like Gionee is ready to make a comeback in India. The company has not launched a major smartphone in the country for over a year. The last notable phone from the brand was the Gionee F205 Pro which was launched in February 2019. The company also brought the Gionee Smart Life smartwatch to India in September.

The company launched the Gionee K6 in China in May. The phone sports a 6.2-inch HD+ display and a waterdrop notch. It is powered by the MediaTek Helio P60 chipset paired with up to 8GB RAM and 256GB storage. The phone offers a triple camera setup and houses a 4,350mAh with 10W fast charging.