91mobiles.com
Home 4G Gionee S8 first impressions: stands out from the crowd and not without... 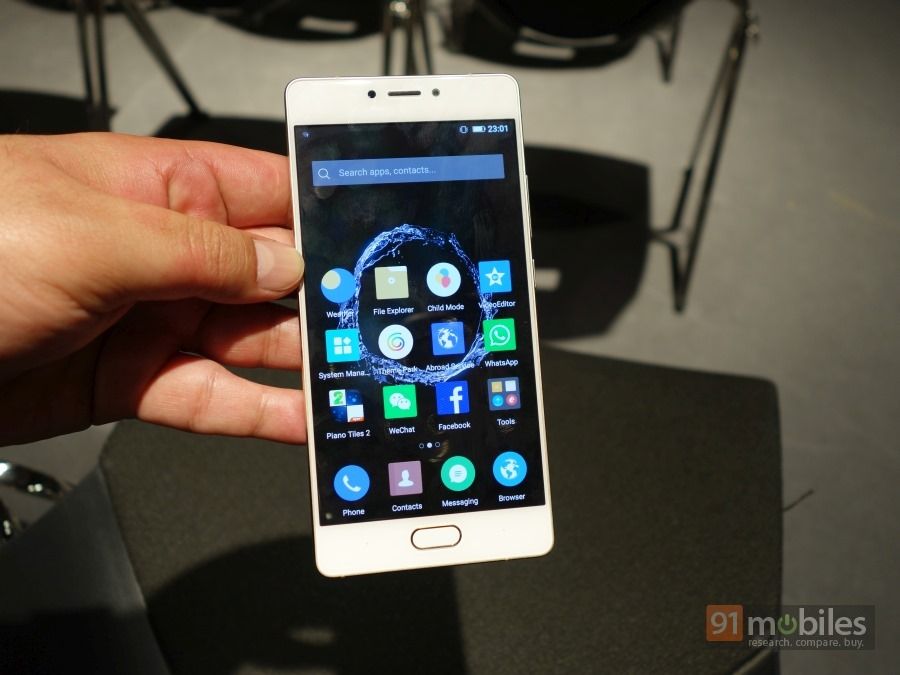 At MWC in Barcelona today, Gionee unveiled its new brand identity, and has adopted a tagline that says “make smiles”. We were certainly smiling as we played with its latest launch, the Gionee S8. And the reason for our smiles is that the S8 is comfortably able to stand out from the rest of the crowd, differentiated by a cool set of features. Sure, it may not be the first time we’ve seen some of those features, but it’s good to see them on the Android side of the fence. We’re referring to the pressure-sensitive display the S8 rocks, with the feature dubbed 3D Touch. Now you know what we’re talking about. Yep, this is the same feature we’ve seen earlier on the Apple iPhone 6s and 6s Plus (review), and functions basically the same way. 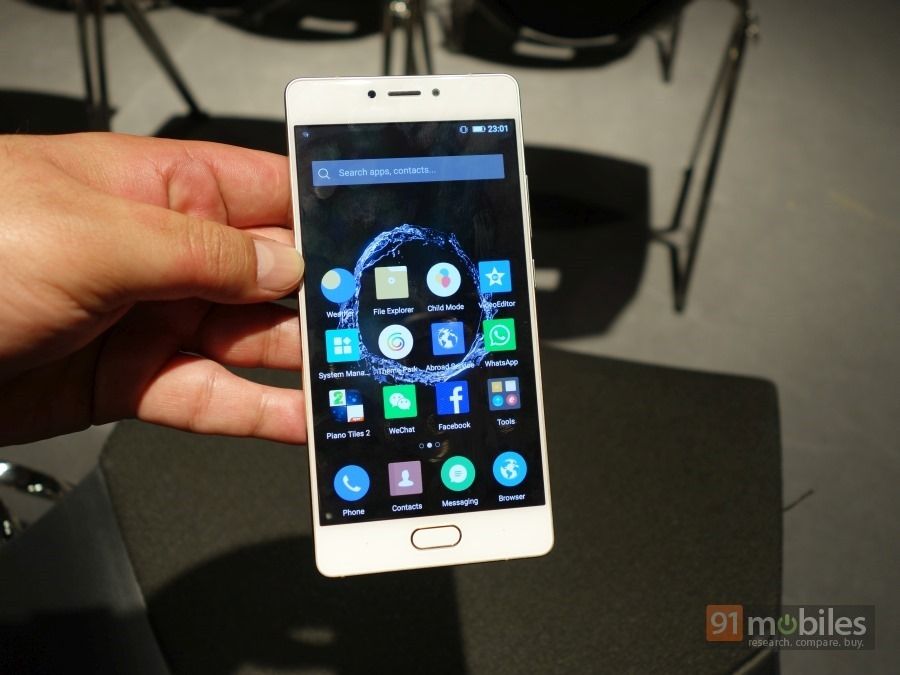 That isn’t its only claim to fame though, so let’s take a closer look at the Gionee S8, its design, specs and features.

Metal has become the LBD (Little Black Dress for those who don’t know) of the smartphone world – one can’t really go wrong with this particular construction material provided the phone is designed well. Just like the LBD though, not everyone can pull it off. Gionee is going with metal on the S8, and the result is a nice-looking smartphone that’s easy on the eyes. The 2.5D curved glass atop the screen add to its allure, along with the chamfered edges, the svelte design and the narrow bezels. This also means that the phone isn’t too large, defying its 5.5-inch screen size. The AMOLED screen offers full HD resolution and looks quite sharp and vivid. 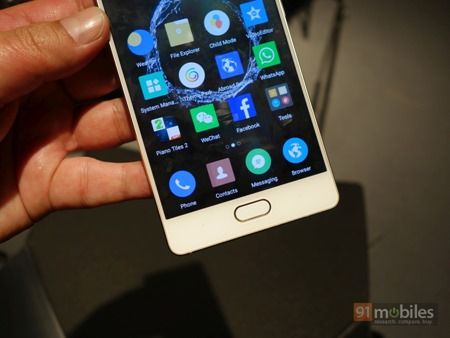 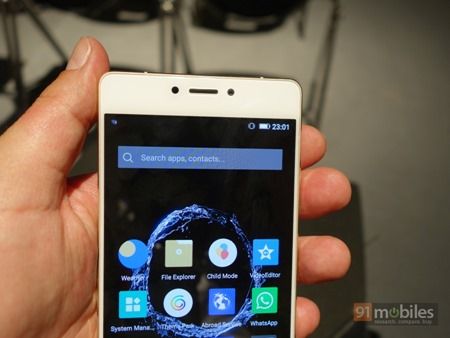 The physical, oval-shaped home key below the screen adds a bit of character to the fascia. This is flanked by a couple of capacitive navigation keys which are a tad difficult to make out due to their faint markings. The functions of these two keys, i.e., back and recent apps, can be swapped via settings. Above the screen lies the usual array consisting of the earpiece, front shooter and sensors. 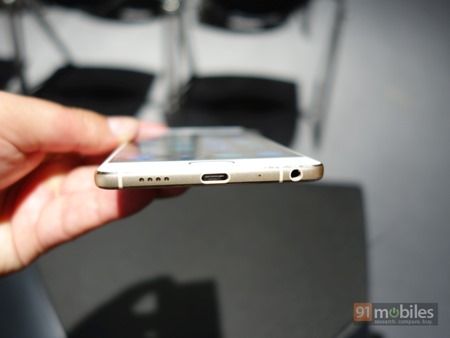 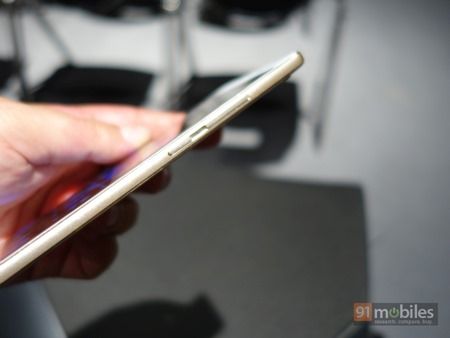 On the right is a volume rocker and a power key, while the left spine is home to a tray that accepts a pair of cards – a micro-SIM and either a nano-SIM or a microSD card (this being a hybrid dual-SIM device). The top is barren, but the bottom is packed with a USB Type C port, which is flanked by speaker holes and the headset socket on either side. 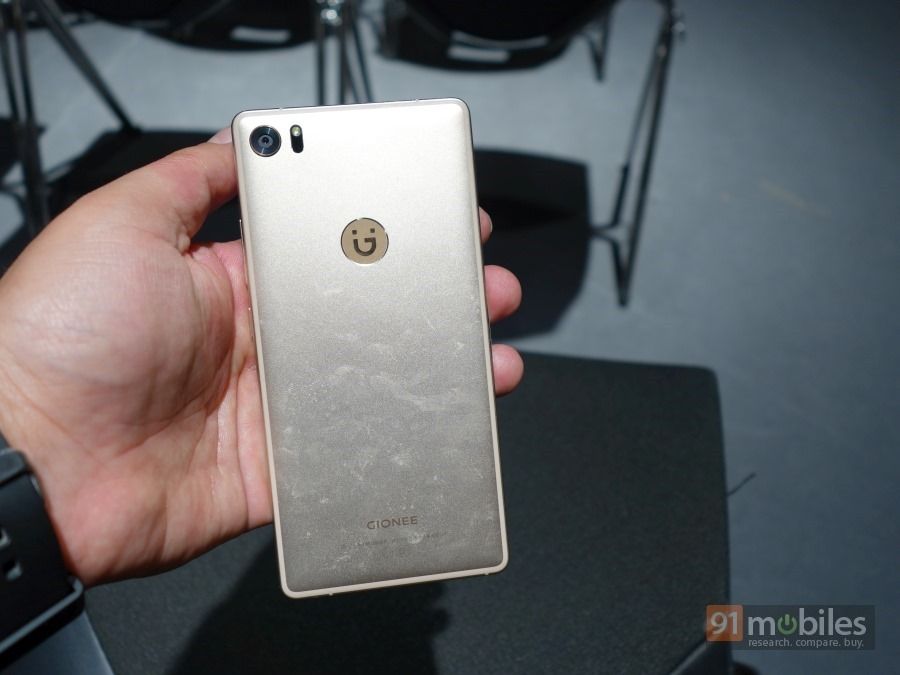 The rear shows off the new Gionee logo, placed inside a circular dimple. Above that, you’ll see the primary camera and an LED flash, along with a laser sensor for enhancing focussing speeds.

With an octa-core MediaTek Helio P10 powering show along with 4GB RAM and 64GB storage. Almost 50GB was free to use on this particular demo unit. The 3,000mAh battery, which supports fast charging, should hopefully be able to make sure you don’t make frequent visits to the power socket. 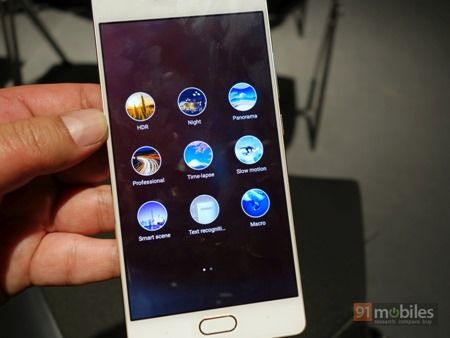 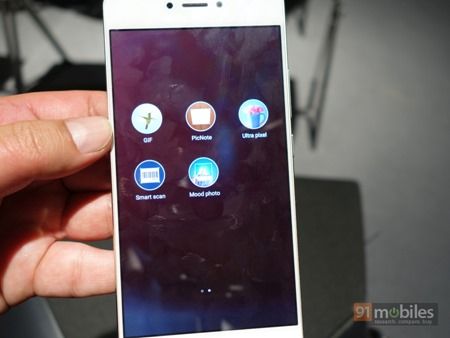 Gionee is highlighting the shooting prowess of the S8, given that the specs include a 16-meg primary sensor, complete with phase detection autofocus and laser focus. The F/1.8 aperture and 6P lens also promise good images in various different lighting conditions. There’s an 8MP shooter up front and the S8 comes with quite a few features to enhance your selfie experience. These include special beauty modes and a flash selfie mode that works just like the iPhone 6s / 6s Plus’ retina flash and the OPPO F1’s (first impressions)screen flash. One of the offered shooting modes is a text recognition mode that works like OCR, but there are quite a few other modes like Pro for better creative control, Smart scan for scanning barcodes and QR codes, a mood photo, along with slow-mo and time-lapse features for video shooting. A few test shots we took do indicate fast shooting and a compelling image quality, but it’d be too early for us to comment on the S8’s camera performance. 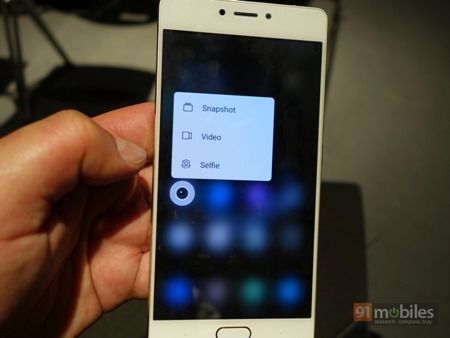 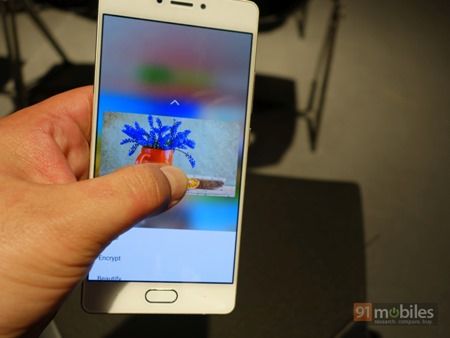 The star of the show however, is the 3D Touch feature that can distinguish between touches, taps and presses. It offers contextual menus when you press icons on the home screen… displaying options like snapshot, video and selfie when you press the camera icon for example. 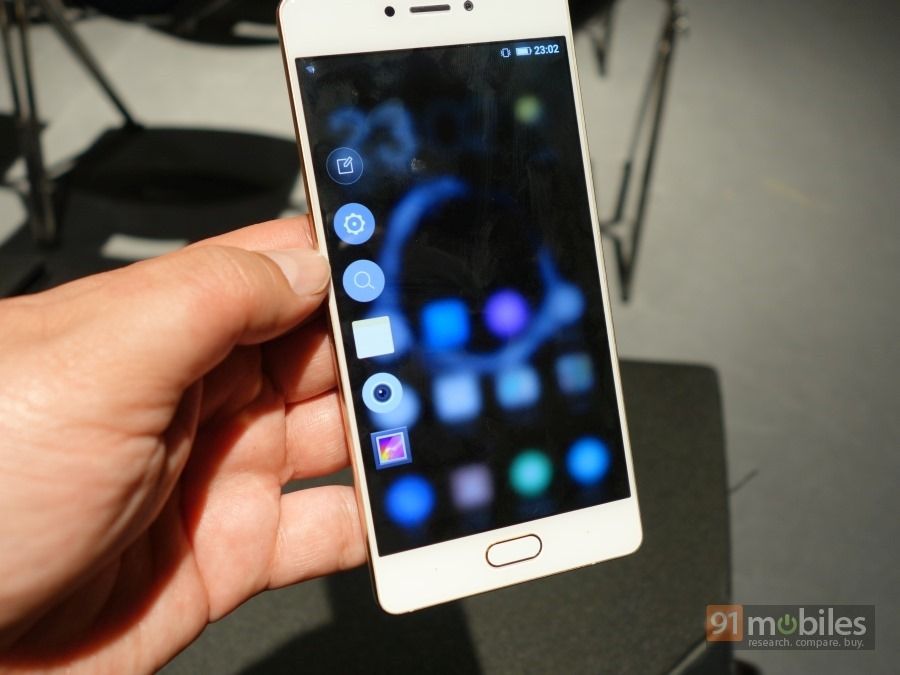 Other functionality like image previews in the gallery is also there, but we particularly like the Edge bar – a panel that slides out from the side of the screen when you press, offering customisable shortcuts for favourite apps. The sensitivity for 3D Touch is customisable too, and the feature also enables other goodies like press to unlock and live wallpapers that animate when you press on the screen. In our brief usage, 3D Touch worked reasonably well.

The software platform, which comprises Gionee’s Amigo UI, using Android Marshmallow as base, doesn’t offer a dedicated app drawer as usual. There’s a control centre that slides out from the bottom that offers connectivity toggles, along with the bunch of smart gestures we’ve seen on the platform before. What’s more interesting is the dual WhatsApp functionality Gionee spoke about for the S8. The company mentioned that the S8 allows users to configure two WhatsApp accounts on the phone, something which isn’t normally possible without hacks. This feature could be quite useful to a lot of people, but we’ll need to wait till we get our hands on the phone before we can figure out how well it works.

The Gionee S8 has been priced at 449 euros (about Rs 34,000), which means it’d land in the premium segment once it lands in India. That’s a tricky area to play in, but the S8’s features do help it differentiate itself well, which is a crucial factor for survival in the cutthroat market. As usual, we’ll keep you apprised of its Indian launch and pricing, so keep watching this space.