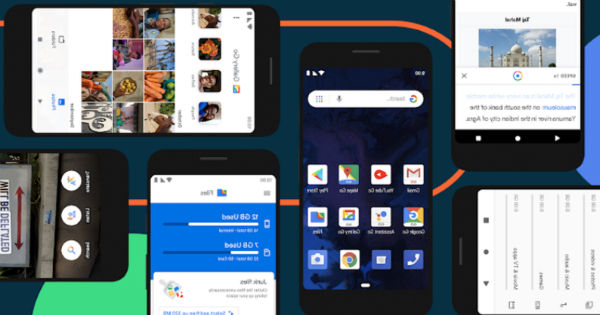 “Android 10 (Go edition) adapts Adiantum, which is a new form of encryption that is dedicated for low-end phones and doesn’t impact the performance”

Google Android 10 stable update rolled out recently, and now the Mountain View giant announced the Android 10 (Go edition) for entry-level smartphones with less than 1GB RAM. Google says that the latest version is not only reliable but is also “faster and more secure.” App launch speed is claimed to be 10 percent faster compared to the previous Pie (Go Edition). In terms of security, Android 10 (Go edition) adapts Adiantum, which is a new form of encryption that is dedicated for low-end phones and doesn’t impact the performance.

Furthermore, Google says that over 500 smartphone manufacturers have launched more than 1,600 Android (Go edition) devices in around 180+ countries including India, South Africa, Nigeria, Brazil, and the United States in the last 18 months. Google Android (Go edition) platform also features a wide variety of apps, including Google Go that supports AI-powered read-out-loud feature and Google Lens. The new Gallery Go by Google Photos organises photos in categories by using on-device machine learning, thereby making it easy to find pictures. The app is just 10MB in size and works offline as well.