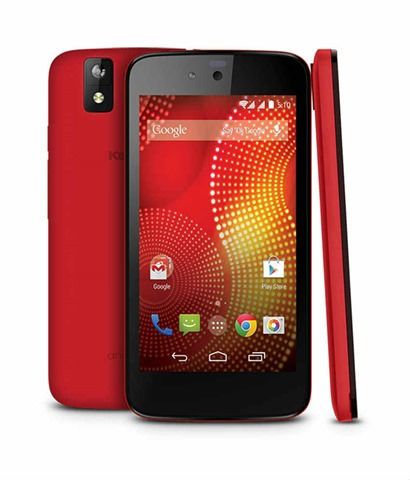 Not so long ago, there were rumours that Google was prepping a $100 Nexus smartphone. Turns out, they weren’t so far off the mark. At Google I/O, the company revealed its plan to proliferate Android in emerging markets under the Android One initiative. Three months later, this program is making its global debut in India, with homebred brands like Micromax, Karbonn and Spice being the first set of manufacturers to launch the first Android One smartphones. 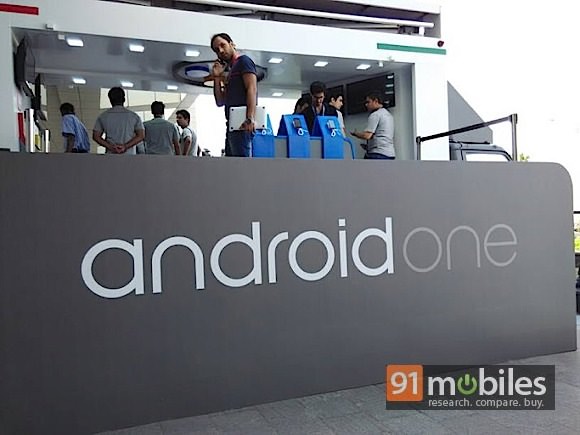 Micromax’s offering is dubbed as the Canvas A1, while Karbonn is calling its smartphone the Sparkle V. Spice’s smartphone under this program is referred to as the Dream UNO Mi-498.

While the devices come from different brands, all of them are based on the same reference design and hence their core specs are identical. These specs include a display panel measuring 4.5-inches with a resolution of 854 x 480 pixels, and a quad-core processor from MediaTek running at 1.3GHz. The processor is complemented by a gigabyte of RAM. In terms of memory, the handsets come with paltry 4GB of onboard storage out of which around 2GB is user accessible. The storage is expandable up to 32GB via a microSD card. All three smartphones feature 5MP primary cameras and 2MP front snappers. Connectivity options are fairly standard, with dual-SIM support), Wi-Fi, Bluetooth and GPS. The devices sip juice from 1,700mAh batteries. 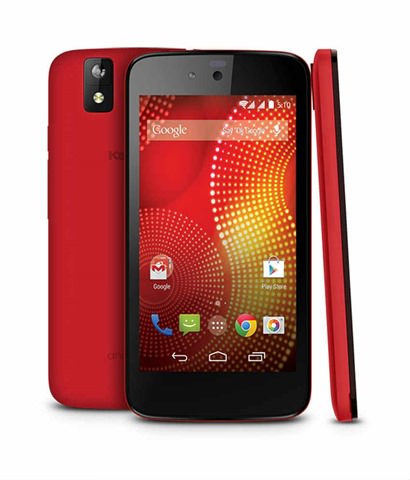 Of course, the highlight of these smartphones is the promise of pure Android. The trio run the latest iteration of Google’s mobile operating system, which is KitKat 4.4.4, along with the guaranteed updates for upcoming versions for the next two years. Targeting first-time smartphone users in India, the phones offer support for six regional languages apart from Hindi. These devices will also support voice commands in Hindi, and Google also claims that majority of the apps will have a Hindi UI.

Google has also tied up with Airtel to give users free over-the-air updates and the ability to download up to 200MB worth of apps from the Play Store, per month. However, the offer stands valid for the first six months only.

The devices under the Android One program were expected to be priced under $100 (roughly Rs 5,500). However, these devices cost a tad more with the Spice Dream UNO priced the lowest of the three, viz. Rs 6,299, and the Karbonn Sparkle V priced at Rs 6,399. The Micromax Canvas A1 is priced slightly higher, costing Rs 6,499. Both the Micromax and Spice smartphones are available in classic black and white, whereas Karbonn’s Sparkle V will available in various shades like red, grey, blue and white. Interestingly enough, the brands have partnered with different e-tailers for selling their smartphones – Micromax with Amazon, Karbonn with Snapdeal and Spice with Flipkart, but only for the initial phase. Starting October, the phones will be available to buy from offline retail stores as well.

While the smartphones seem similar in terms of specs, each of the manufacturer is trying to differentiate in terms of offers. All the three smartphones come bundled with an 8GB microSD card. With the purchase of the Karbonn Sparkle V, buyers will also be getting free Snapdeal coupons worth Rs 2,000. SBI card holders can avail 10 percent cashback with the purchase of the Canvas A1. Flipkart is also offering a number of goodies to lure consumers, such as free Rs 200 recharge from Freecharge, free preselected eBooks worth Rs 1,000, discount vouchers worth Rs 1,500 to purchase from Myntra and finally, 50 percent off on flip covers.

While the promise of the latest Android and free data are attractive propositions, the pricing doesn’t seem to be compelling enough, especially since this price segment is hugely competitive, with the Moto E (review | FAQs), followed by the Micromax Unite 2 (review | FAQs), ASUS Zenfone 4 (review | FAQs) and last but not the least, the Redmi 1s (review | FAQs) already in the fray.