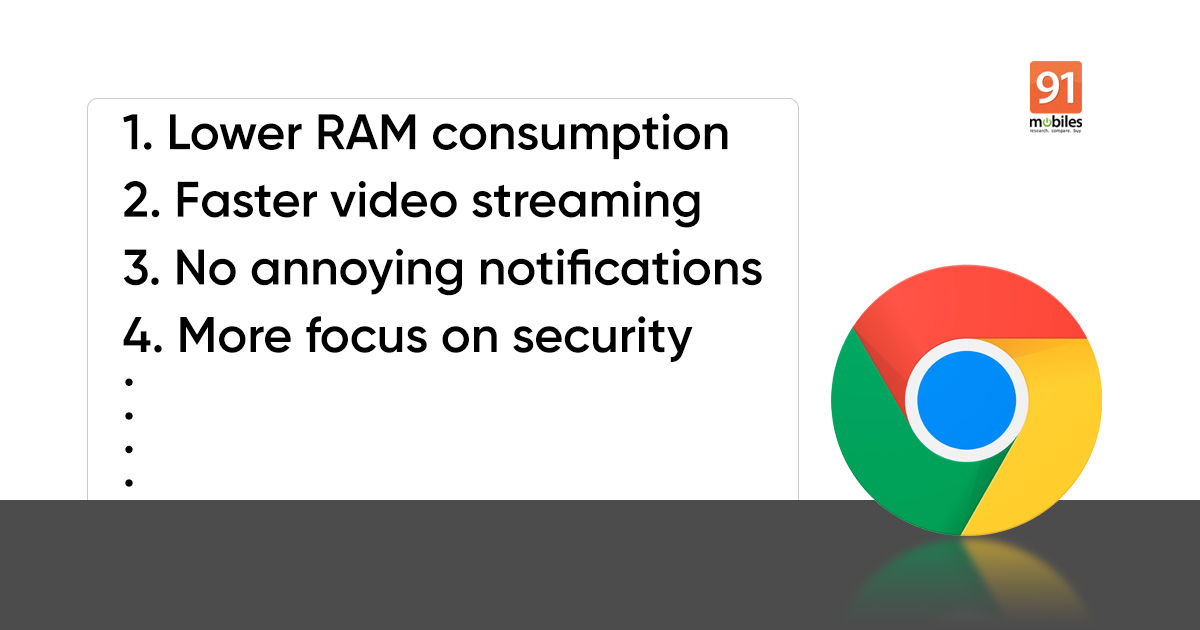 Google has upgraded its Chrome desktop browser with a laundry list of new features aimed at easing the experience of browsing the internet. The new Google Chrome 90 update brings forth an interesting mix of changes, ranging from major quality improvements to downright controversial features like FLoC, which has been called out by privacy groups for irregularities about how it will handle user data. Google Chrome 90 will be available to users in the coming weeks. Let’s take a look at some of the new features that Google Chrome has in store for us with the latest update. 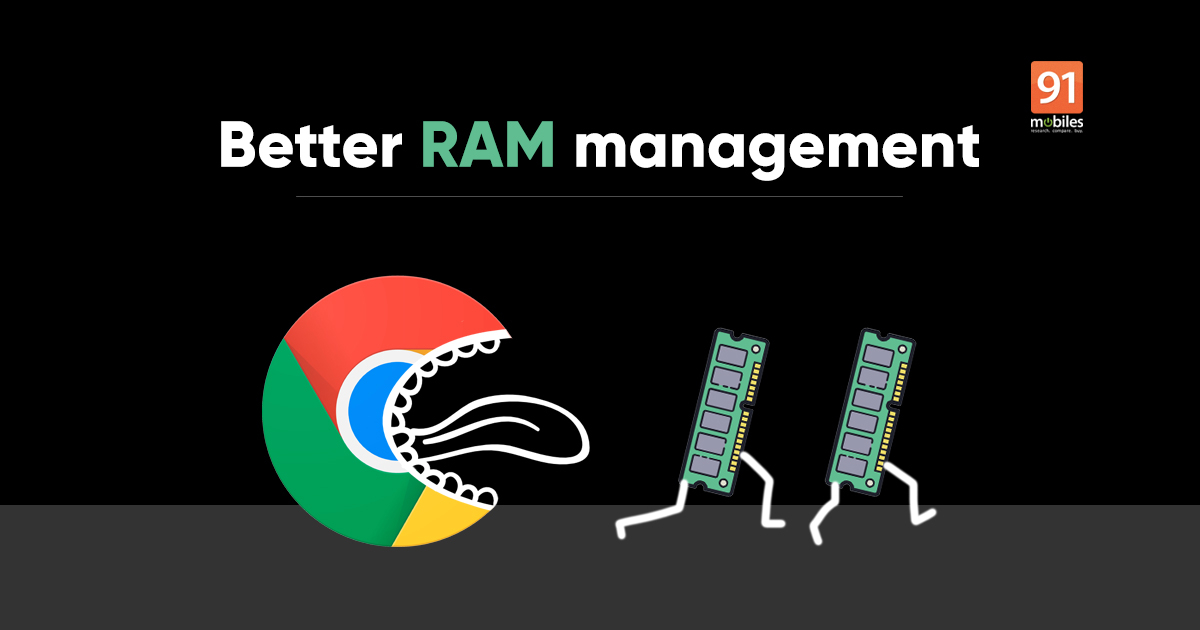 Chrome browser has been long criticised for being a massive RAM hog on PCs and laptops, which is quite ironic considering that it was once lauded as a lightweight alternative to Firefox. Google Chrome 90 will address that issue by consuming fewer system resources while operating. Its power consumption will be cut down, too, much to the relief of laptop users.

Given the massive uptick in the number of users relying on video conferencing for their jobs and online classes, smooth video streaming is the need of the hour. Very often users have to rely on a mobile hotspots for internet connectivity. Depending on your location, it can be a tad slow. Google Chrome 90 will allow for a stable video feed even with a choppy internet connection. Sharing your screen has become a lot easier too with the update.

Many websites often bombard you with a notification asking to subscribe to their newsletter or similar prompts. While there is nothing inherently harmful with such notifications, they can get a tad annoying after some time. Google Chrome 90 will not let those come in your way anymore. Those still interested in interacting with such prompts can do so via a dedicated button.

Links to specific parts of a webpage

Chrome 90 will let you generate URLs that link to a specific portion of the page. For example, if you want to link one sentence in a long-form review of over 12,000 words, you can simply highlight it, click on the “Copy link to highlight” option and send it to the recipient. They will be redirected to that exact sentence, saving them the trouble of poring through walls of text. 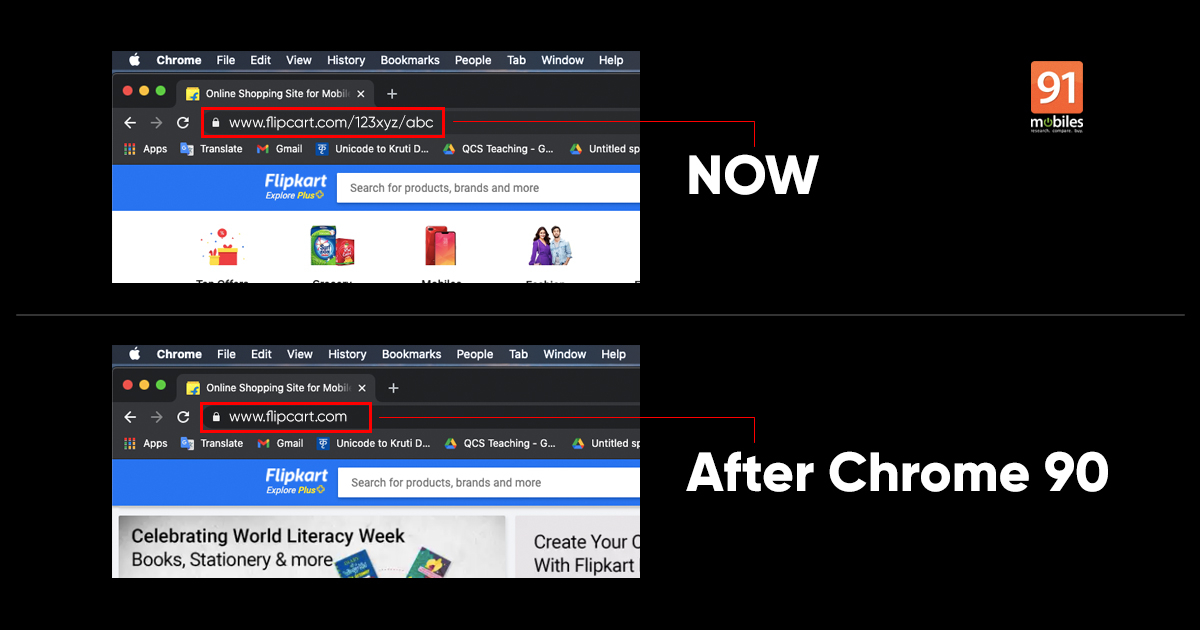 By default, Google Chrome 90 will now only display a truncated version of the URL in the address bar. Google says that this will help users identify phishing websites better. There is, however, a downside to it. Many URLs on websites are often laden with trackers and the inability to see them will be a bit annoying for many users. Thankfully, this isn’t mandatory and one can still view full URLs via a toggle in the settings. Browsers such as Opera already did this, so the feature isn’t new, strictly speaking.

Google had announced an end to targeted advertising last year with the phasing out of cookies and introduction of Federated Learning of Cohorts or FLoC. In a blog post, Google says, “FLoC proposes a new way for businesses to reach people with relevant content and ads by clustering large groups of people with similar interests.” Instead of relying on third-party cookies for the purpose, FLoC will do all the heavy lifting of grouping users together, so that they can be served better ads based on browsing habits. This basically means that your privacy will be better protected than before and marketers won’t have personally identifiable data on users. Privacy groups are against this as it lets Google tighten its grip over advertisements. FLoC is an experimental feature and being tested on a handful of users on Google Chrome 90.

HTTPS on all websites

Despite it being super easy for websites to get the HTTPS certificate for website security, many still operate on unsecured HTTP. Third-party add-ons such as HTTPS Everywhere helped address this problem, but now Google Chrome 90 will do it by default by opening the more secure version of the site even if you previously opened its HTTP version. Previous versions of Chrome only warned their users when a website was on HTTP, instead of HTTPS.

Google rolls out Chrome 77 for Mac, Android, and Windows devices