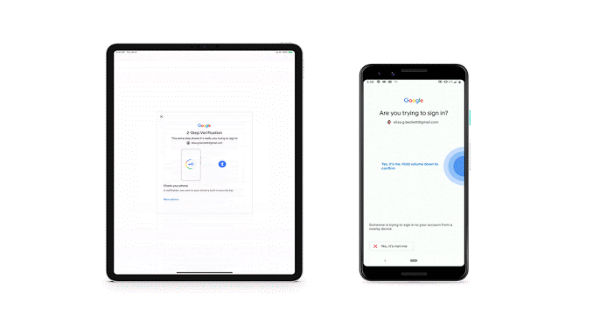 “Due to iOS limitations, instead of using Chrome, Google Smart Lock app is used to communicate the two-factor authentication to the Android security key”

Back in April, Google launched the ability to use Android phones running 7.0 Nougat and above as a physical security key for two-factor authentication on macOS, Windows 10, and Chrome OS. Now the Mountain View giant is expanding the functionality to iOS as well. This means that logins made on the iOS device can be authenticated using Android’s security keys. Due to the iOS limitations, instead of using Chrome, Google Smart Lock app is used to communicate the two-factor authentication to the Android security key.

Furthermore, Bluetooth must be enabled on both the devices while trying to login. Whenever users’ login on an iOS device with their Google account, the Smart Lock app will push an alert on their Android phone over Bluetooth. Once the user authenticates, it allows the login to proceed, making it secure. The feature is widely rolling out starting today and is available for all G Suite editions.

Separately, Google recently restricted the apps that embrace the sale of marijuana and its related products, hate speech and sexual-related entertainment on Google Play store. Moreover, the company said that it requires apps offering mechanisms to receive randomised virtual items from purchase should disclose the odds of receiving those items ahead of the purchase, ensuring complete transparency. It banned applications that promote the sale of counterfeit goods and more.