91mobiles.com
Home News Google band design patent reveals the fitness tracker may not have a...
Highlights 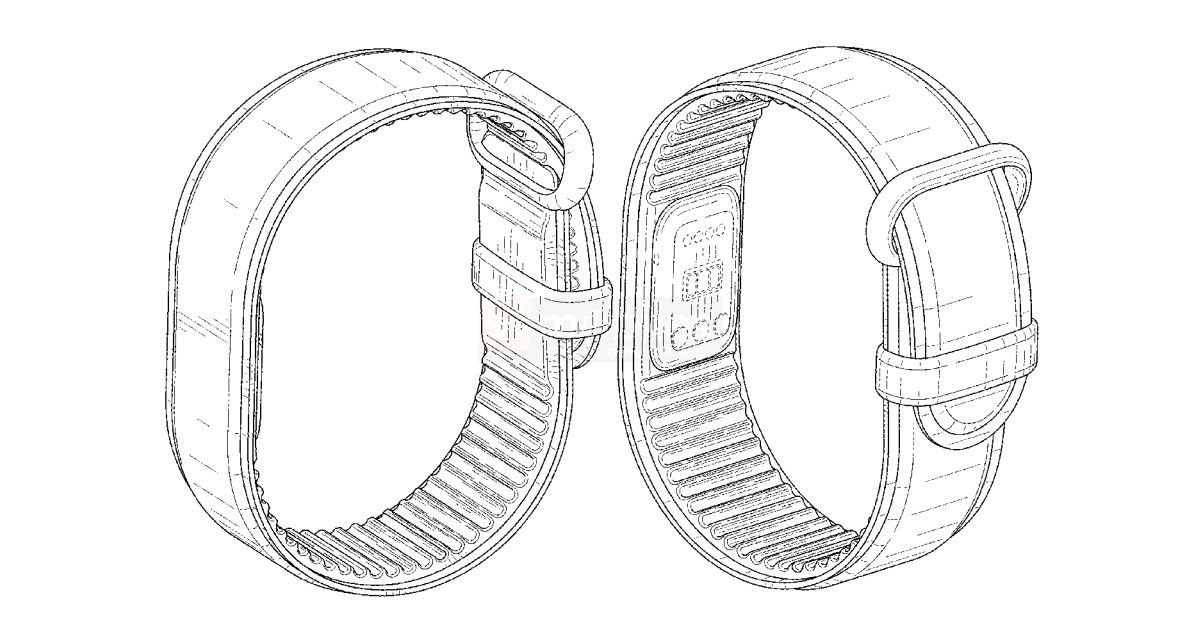 The design of a Google fitness band has been spotted on the website of the US Patents and Trademarks Office (USTPO) certification agency by 91mobiles. The patent filing doesn’t mention any name for the band, of course, and only mentions it as a “wristband for tracking fitness.” The listing reveals the design of what could be the first-ever wearable from the Mountain View company. The Google fitness band, if launched, may not have a screen, at least going by what the patent shows. The wearable will, of course, flaunt a tracker to monitor all your health activities, but there may be no way to check the data in by just glancing at your wrist. For that, Google will most likely provide app support or some sort of ‘Ok Google’ feature to connect the wearable with a smartphone.

The rest of the design (as seen from the images above) looks generic. The wearable appears to have a sleek form factor, with a seamless finish up front and ridges at the back of the strap. The ridges will act as a lock and hold the Google fitness band firmly in place on the wearer’s wrist. Definitions of a heart rate sensing unit can be seen on the housing of all the sensors, which will be placed in the slight bump around the back. The Google band will most likely come with a magnetic charger as there doesn’t seem to be a way to detach the core from the strap.

While Google fitness band specifications remain a mystery at the moment, we’re hoping the band to pack at least a heart rate sensor, pedometer, and sleep monitoring. Earlier this year, in May, a patent filed by Google showed how users may be able to give commands to smartwatches via hand and wrist gestures. This may be one way for users to control some of the Google band features in the absence of a screen, assuming this design indeed ever makes its way into the market in the form shown in the patent.