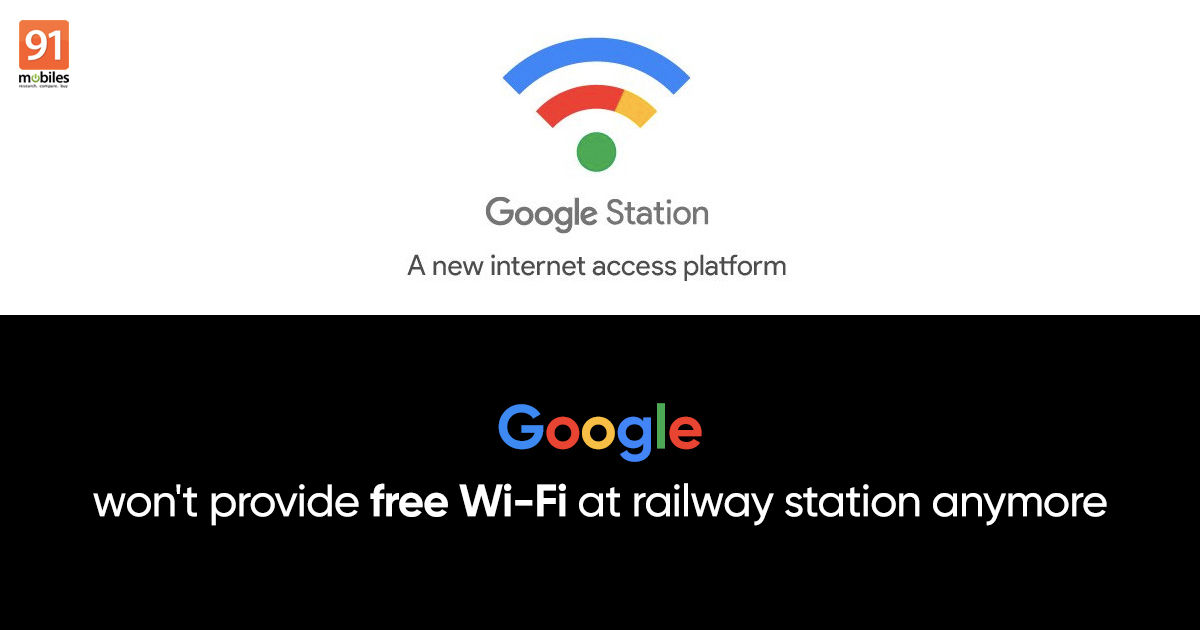 Google has pulled the plug off its free Wi-Fi program, which was launched back in 2015, in India as well as globally. Dubbed as the Google free Wi-Fi program, it was announced in partnership with Indian Railways and RailTel in order to bring fast, free public Wi-Fi to over 400 of the busiest railway stations in India by mid-2020. “Online has become much simpler and cheaper compared to five years ago since mobile data plans have become more affordable and mobile connectivity is improving globally, and mobile data per GB is the most affordable in India,” said Google in its blog.

The Station is said to have been installed in thousands of locations around the country in partnership with telecommunications companies, ISPs, and local authorities. However, Jio and several governments and local entities’ initiatives to provide easier, cost-effective access to the internet for everyone have rendered Google Wi-Fi program obsolete. “Mobile data plans have become more affordable and mobile connectivity is improving globally. India, specifically now has among the cheapest mobile data per GB in the world, with mobile data prices have reduced by 95 percent in the last 5 years (per TRAI),” added the report.

Google also cites challenges of varying technical requirements and infrastructure as the reason behind the downfall of the Station. “When we evaluate where we can truly make an impact in the future, we see the greater need and bigger opportunities in building products and features tailored to work better for the next billion-user markets.” The company, however, is said to be working with their partners to transition existing sites, so they can remain useful resources for the community, so we can expect RailWire Wi-Fi to continue to function, but it will not be backed by Google Fiber.