“A cryptic invitation and teaser for Google’s presentation at GDC 2019 hints that the search engine giant is finally set to introduce itself big-time in gaming.”

Smartphone gaming is agreeably massive nowadays, but when one talks about Google, you wouldn’t really consider them to be a mammoth entity in the realm of gaming. All that seems set to change, with reports across the internet suggesting that Google is barely a month away from making its first, official big splash into the field of gaming. The news comes on the back of a rather cryptic invitation that Google has allegedly shared with a select bunch of publications, ahead of its keynote at the Game Developer Conference that is slated to hit the stage on March 19th, in San Francisco.

The proverbial big splash, from what we understand, is to do with Google’s Project Stream, which it has already given a sample of to select users within the public forum. What could be launched at GDC 2019 is an all-new game streaming subscription service, making it somewhat like an interactive version of Netflix. There are multiple advantages to building a platform such as this, and with an ever-increasing overlap of device form, Google’s already-demoed streaming service, more reliance on cloud servers and steadily better internet connectivity, it makes a lot of sense that Google would introduce itself into gaming. 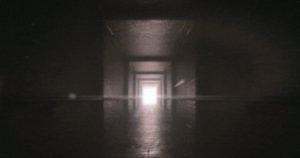 Multiple reports have cited industry sources and stated that the company is presently in talks with game publishers to partner with. What this service could bring is a platform for publishers to include when launching a game. With it, developers would be privy to cross-platform compatibility and a far wider outreach to enthusiasts, or even first-time gamers. With such a service, games would be played on a cloud server and then streamed across a wide range of compatible devices, including consoles and even Chromecast devices. Potentially, this can alter the very requirement for a console — if games can be streamed and played on any device via a subscription, and televisions nowadays come with integrated Chromecast anyway, the very need for a console is bypassed completely.

Such a feature, however, would require very high internet bandwidth, uniformly low latency, consistent ping rates and lots and lots of data, if you were to play the absolute best titles on any device. Only a handful of countries presently have such quality of networks, which too face disruption depending on the region you are in. Hence, it remains to be seen how such a service would pan out in reality. On paper, however, the prospect sounds as lucrative as any notable technological innovation of late.

Google is set to take the stage at GDC 2019, where we will get to know of its plans. Cross-platform compatibility seems to be the name of the game, with Microsoft also slated to open up its development kit for Xbox Live to all devices in a bid to unify gamers and offer them multi-device versatility.