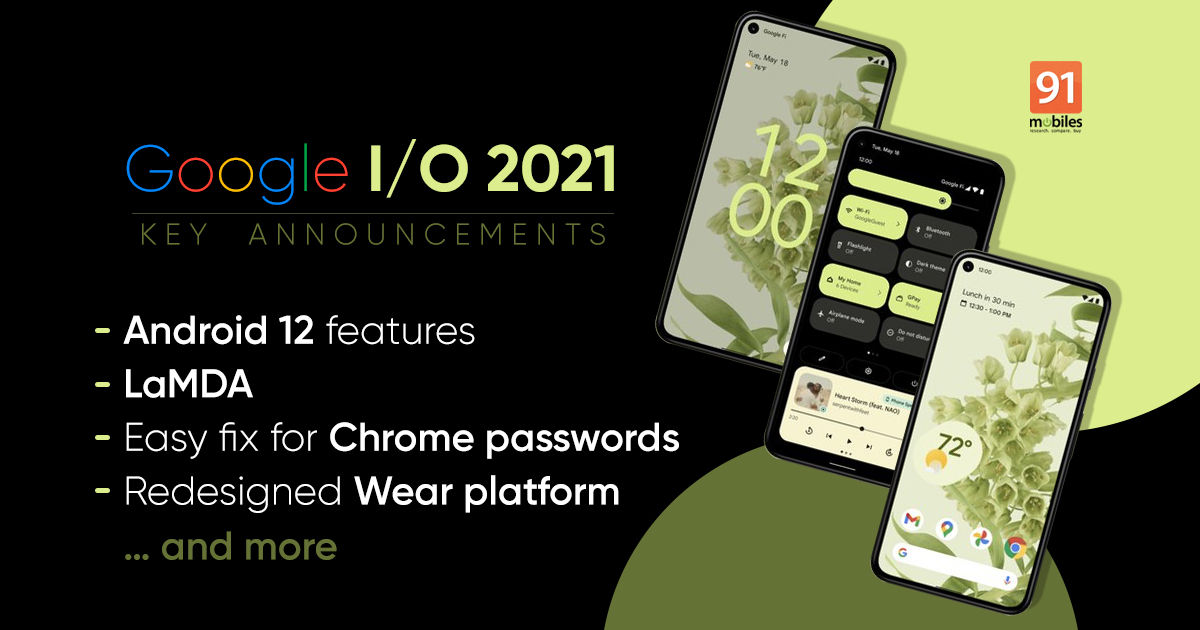 Google I/O 2021 kicked off on Tuesday, May 18th with a long keynote from CEO Sundar Pichai. The company had a bunch of announcements across its portfolio, including AI, services, software, and more. From Google Workspace updates to Android 12, Google had something for everyone. The keynote was packed with tons of announcements, but there were a few key takeaways worth talking about. Here’s a quick look at the top 5 important announcements made by Google.

LaMDA is Google’s new “research breakthrough” that aims to make conversations with machines more natural. LaMDA, which is short for Language Model for Dialogue Applications, will allow users to engage in a free-flowing conversation with an AI by training the model to read many words and pay attention to how those words relate to each other. The idea to make conversations between the user and AI as natural as between two humans.

Easily fix passwords through Chrome with a single tap

A simple yet important new feature added to Chrome is the ability to easily change compromised passwords. Through Chrome’s in-built password manager, you can identify compromised passwords and change them with a single tap. Tapping on the “Change password” button will enable Chrome to navigate through that website and go through the entire process of changing the password so you won’t have to do it yourself.

Google Maps is the default navigational application for people around the world and it is now receiving five new updates. The first is reducing hard-braking by calculating the fastest routes and identifying which one is likely to reduce your chances of encountering a hard-braking moment. The second update will show you if an area is busier than usual so that you can avoid hotspots. Other updates include enhancements to Live View, highlighting relevant places based on the time of day, and detailed street maps.

Android 12 is the biggest redesign to Android in years. It brings with it a completely new visual design with personalised colour palette and redesigned widgets. Using colour extraction, the system is able to analyse your wallpaper and determine dominant colours and applies those. colours throughout the UI – the notification shade, the lock screen, the volume controls, new widgets and much more. Android 12 also brings fluid motion and animations, redesigned system spaces, improved privacy and transparency, and more. 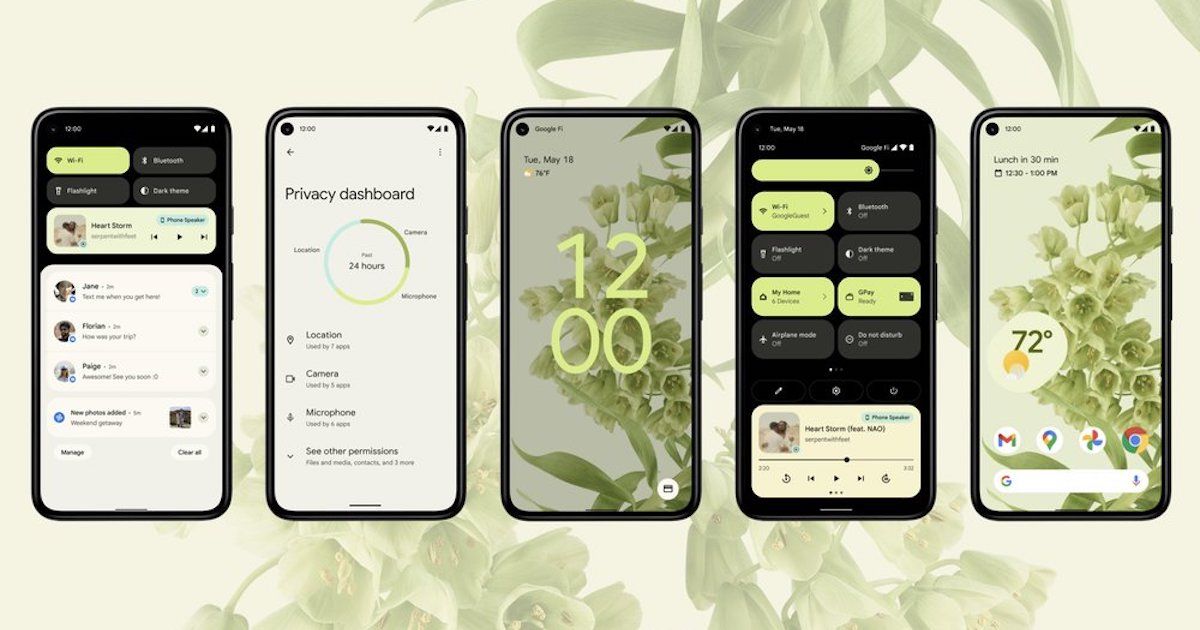 Google and Samsung have collaborated to bring together Wear and Tizen for a unified platform. The result is a redesigned Wear platform that offers faster performance, longer battery life, and more apps for the watch. The latest Wear update will bring redesigned Google Maps and Google Assistant and will also include Fitbit’s health features. YouTube Music will also arrive later this year.