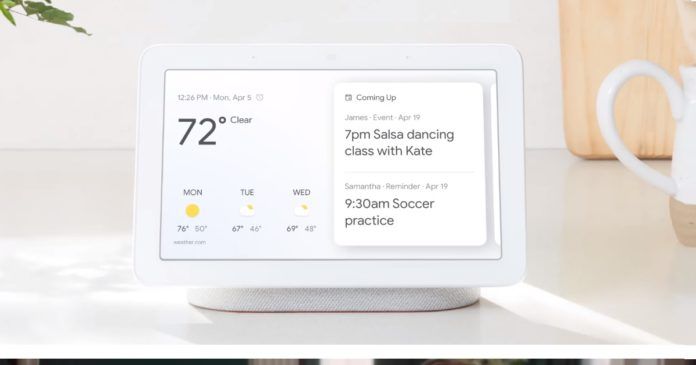 Google Nest Hub will soon be launched in the Indian market, suggests a report. MySmartPrice, in collaboration with the gadget tipster Ishaan Agarwal, has revealed that the accessory will be released in the country in a week’s time at a suggested price tag of Rs 8,999. The Google Nest Hub, which is essentially a Google Assistant speaker with a display, was launched in October last year. The device is a smaller version of the Google Nest Hub Max, which was introduced in May this year. The accessory will arrive as a competitor to the e-commerce portal Amazon’s similar offering with the Echo Show.

Exclusive for @mysmartprice: Another smart device enters India! The Google Nest Hub will launch in India in a week or so and I have already got my hands on its pricing. It will retail for Rs. 8,999. Are you planning to get one?#Google #NestHub

The Google Nest Hub is powered by the Google Assistant. The accessory supports “Hey Google” and “Ok Google” voice commands. The device lets you personalise your morning routine, see your personalised events, commute, reminders, and more. You can see your upcoming activities at a glance on the screen. Also, you can get recommended YouTube videos, view recipes and timers, and explore what your digital assistant can do. Using a voice command, you can play videos and songs from services like YouTube, Spotify, Pandora, and iHeartRadio.

Google Nest Hub has a 7-inch screen, which is capable of blending right in any room in your home by automatically detecting and matching over 16 million combinations of light and colour. The accessory also has most of the Google services like Search, Photos, and Maps organised to improve your user experience. Notably, there are two far-field microphones onboard, which lets you control your smart home appliances using voice commands.

The Nest Hub comes with built-in Chromecast functionality as well as Bluetooth 5.0 and works with devices running Android, iOS, Mac, Windows, and Chromebook. The accessory also has an ambient EQ light sensor. Notably, Wi-Fi connectivity is also onboard the smart speaker. Lastly, the device has a DC power jack to function.