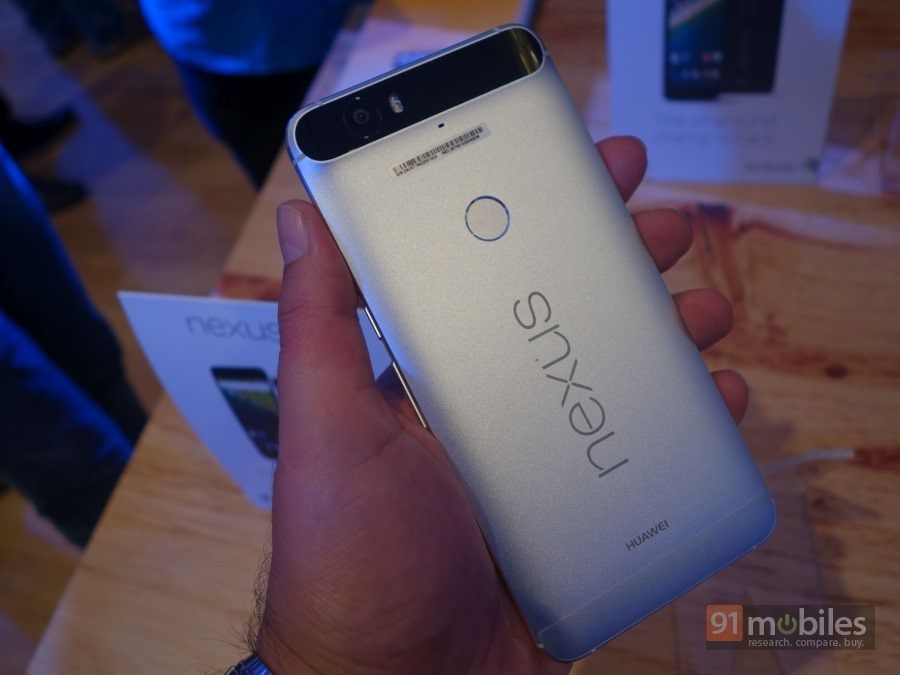 “The Huawei-made Google Nexus 6P impresses with its design”

More than the hardware, Google’s Nexus range of devices serves as a showcase for the latest versions of its mobile platform, and over the years, the offerings have racked up a loyal fan following. Android aficionados appreciate the pure, untouched builds of the OS, along with the promise of timely updates direct from Google…. the two mainstays of the Nexus series. This year, Google has strayed away from its usual though – launching not one, but two Nexus smartphones to address users with different needs and pocket depths. Also, Huawei has been roped in for the very first time as a hardware partner. In the past, Google has teamed up with the likes of HTC, Samsung, LG, and most recently, Motorola to produce its Nexus smartphones. This year, it called its trusted ol’ partner LG back to make the Nexus 5X, while the task to build the more premium Nexus 6P was entrusted to Huawei. Both smartphones have officially landed in India today, and here, we’ll be taking a closer look at the Google Nexus 6P to see if Huawei’s been able to do it justice. 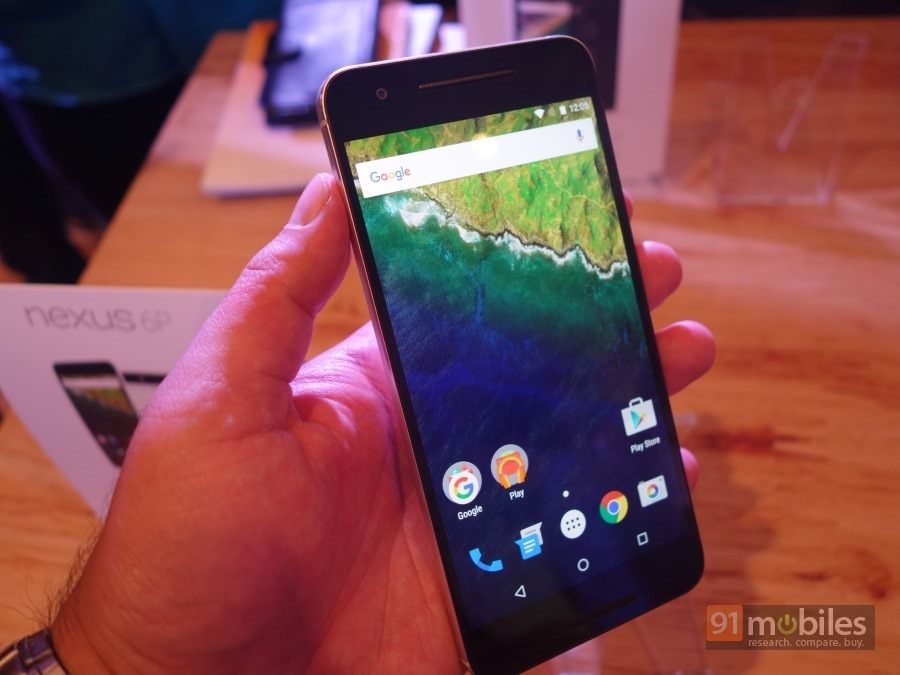 While the Nexus 5X is a more mainstream offering, the 6P is clearly a flagship. And its design certainly reflects that quite well. Last year’s Nexus phone, the Motorola-made Nexus 6 (first impressions) brought the expected spec bump compared to its predecessor, but didn’t come across a premium. With its aluminium body though, the Nexus 6P exudes class.  A mere 7.3mm thin, the unibody casing feels solid and looks great.

From the front, the smartphone doesn’t look any different from the usual, with the screen dominating the proceedings and the dual front-facing speakers breaking the monotony. The sensors and front shooter are placed above the display, but you’d be hard pressed to find any dedicated navigation keys – there aren’t any. With its 5.7-inch screen, the Nexus 6P falls firmly into phablet territory but thanks to its design, isn’t too unwieldy in terms of handling. In comparison, its predecessor, the Nexus 6 was thicker and came with a marginally larger 5.96-inch display. Huawei has stuck to the QHD resolution (2,560 x 1,440, 525ppi) for this AMOLED display though, and the result is a screen that looks quite sharp and vivid. A layer of fourth-gen Gorilla Glass is present to keep minor scratches at bay. 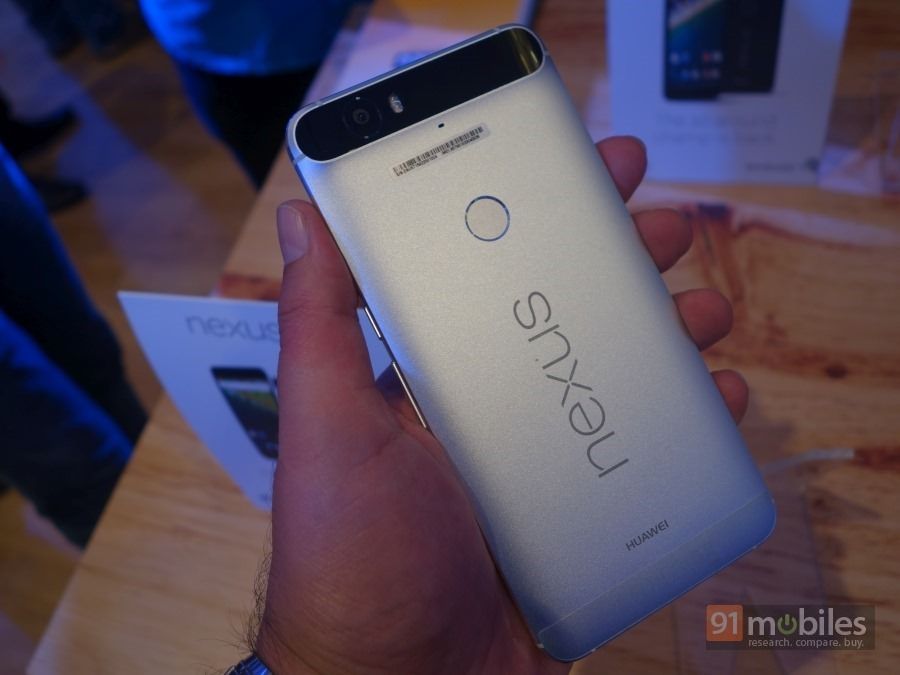 Switch to the rear though, and you’ll know why we’re calling it premium. Curved at the right places, and sporting chamfered edges, the Nexus 6P is a sight to behold. A protruding black strip on top instantly draws attention, but we have mixed feelings about it. The strip carries the real camera lens and the flash, but this design implementation feels a little dated. That apart, there’s the circular fingerprint scanner (Google likes to call it Nexus Imprint), the large Nexus branding, and even a Huawei logo down below. 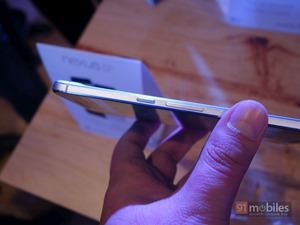 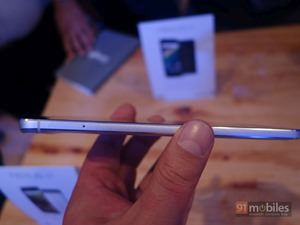 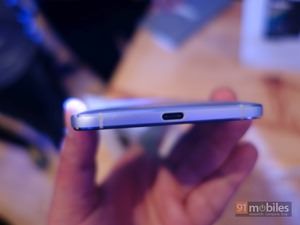 On the right, you’ll find the power key and the volume rocker, while the ejectable SIM slot has been placed on the left. The 3.5mm audio socket is on top, while the bottom is home to a USB Type-C port. The latter makes connections simpler thanks to its reversible design, but as we noted in our OnePlus 2 review, also makes all your existing micro-USB cables redundant. If you recall, the OnePlus 2 is one of the first mainstream smartphones to come with a USB Type-C port, but now with the new Nexus duo and others on the anvil carrying the same port, we expect third-party accessories like cables and adapters to become more widely available and at lower prices. 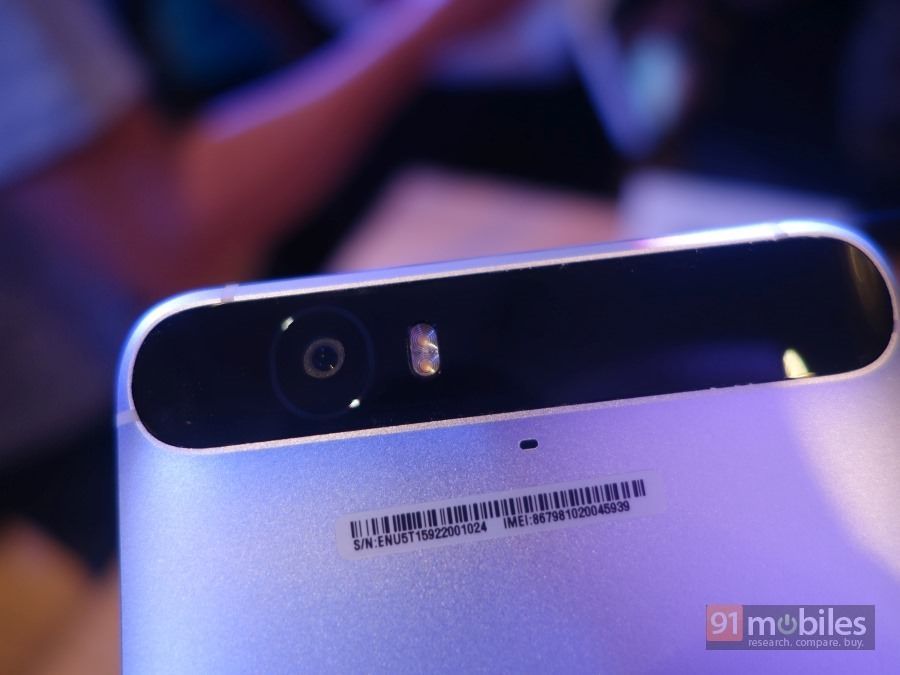 Shooting chops on the Nexus 6P consist of an 8MP front-facing snapper, while the primary camera features a resolution of 12.3-megapixels. This seems a step back compared to the 13MP sensor on the Nexus 6, but the latest device touts a larger sensor and larger pixel size, so it should be able to let in more light and offer better images, especially in low light. As expected, the Nexus 6P uses the Google Camera app, which comes with a minimalistic interface. 4K video recording is supported, as is slow-mo. In our brief testing, the Nexus 6P was quick to focus, and the test shots looked good, though only an extended review of its shooting prowess will determine how good those snappers really are. You can just double press the power button for quick access to the camera straight from the lockscreen. 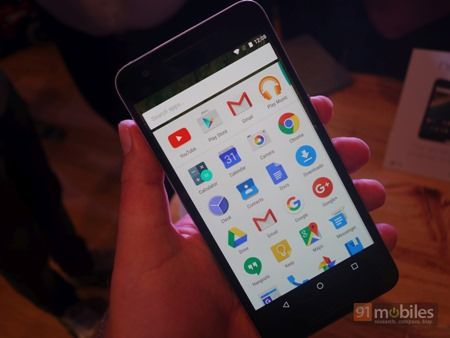 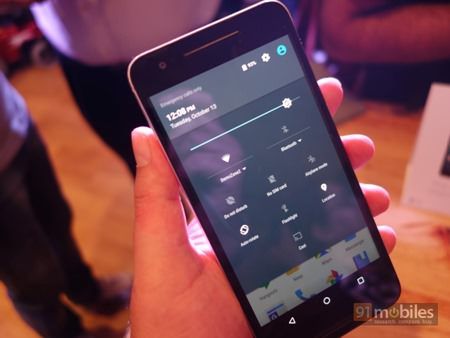 Let’s talk about software next. As one of the launch vehicles for Android 6.0 aka Marshmallow, the Nexus 6P serves as a worthy showcase. This is Android exactly how it was designed and meant to be experienced – pure, undiluted and bereft of any tweaks or modifications. The overall look of the interface isn’t too different from Android Lollipop, but there are tons of new features and under-the-hood improvements. Support for fingerprint scanners is baked in, but the one feature that makes us go weak in the knees is Doze. This feature claims to put the smartphone into a low-power mode when the sensors detect when you aren’t using it, thus prolonging battery life. With the meaty 3,450mAh battery (that supports fast charging to boot), the aforementioned feature should be able to keep the phone away from a power source. Ambient Display throws up notifications on the screen using a white on black mode that doesn’t consume a lot of battery, and you can tap on them to switch the screen on to full power mode.  Now On Tap is yet another new addition, a feature that can display more info about the content on screen, such as a YouTube video being played, as tiny, useful nuggets of information on the lower part of the screen. 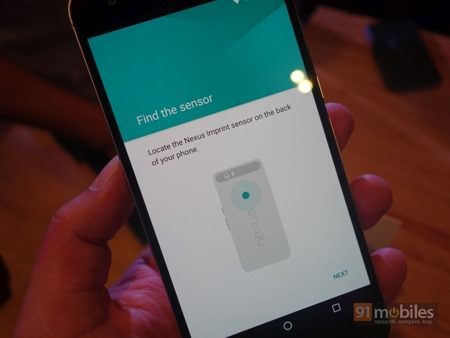 Horsepower is provided by the octa-core Snapgragon 810 chip, mated to 3 gigs of RAM. Now this chipset is a tad notorious for its overheating issues, and the all-metal casing of the Nexus 6P is even more likely to heat up. However, we didn’t face any issues in our brief usage, and the device seemed to manage heat well, turning in a smooth, lag-free usage experience. Again, we’ll reserve comment for our full-blown review. The Nexus 6P doesn’t feature a storage expansion slots, but will be available in Aluminium and Graphite in two different storage capacities – 32GB and 64GB. Just so you know, our 32GB demo unit had about 24.5GB free to use. The Google Nexus 6P will be available to buy in various offline stores, as well as online exclusively via Flipkart, with the 32GB model priced at Rs 39,999. You’ll need to cough up Rs 3,000 more for the 64GB variant. At this price, it does seem like a pricey proposition… especially if you just focus on the specs. A Nexus isn’t just about hardware though. It’s more about how hardware and software come together to create a smooth, intuitive user experience. It remains to be seen how well the Nexus 6P fares as a daily driver, whether it can actually deliver on all those promises, and also, whether it can appeal to users enough to make them forsake other options in the same price range like the Samsung Galaxy Note 4 (review) or the Galaxy S6.