91mobiles.com
Home News Google Pay app back on Apple App Store after being taken down...
Highlights 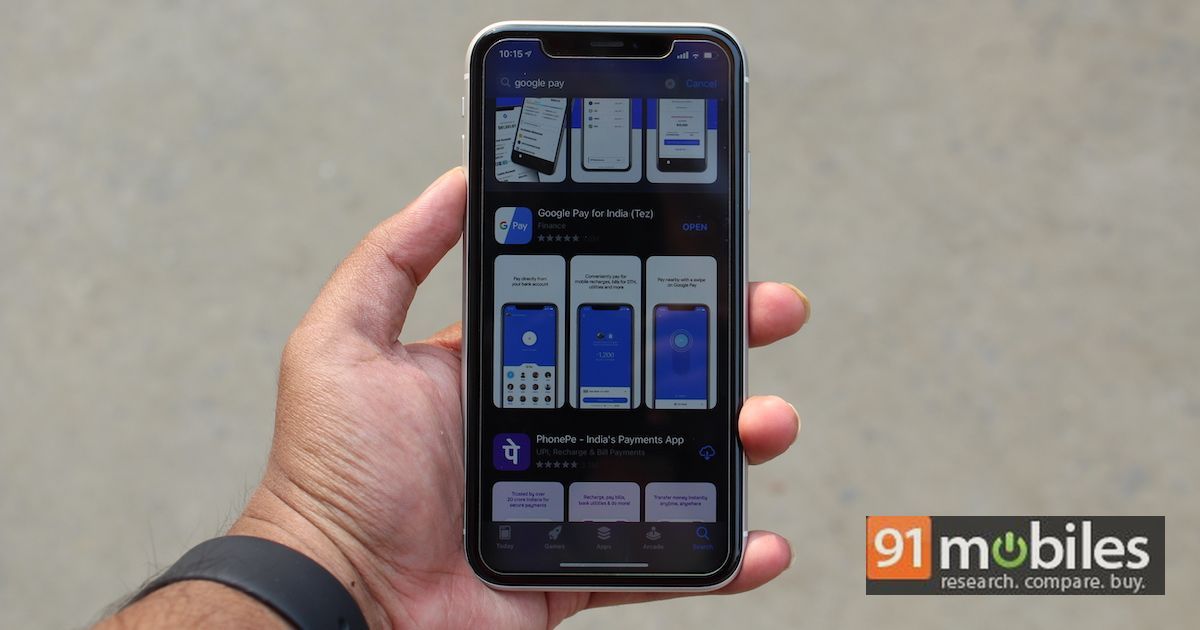 Google Pay app is back on the Apple App Store after being taken down temporarily. The app was removed from the App Store earlier this week due to an unknown issue. A Google spokesperson had told The Indian Express that the app would return once the issue was fixed. It seems the issue has been fixed now as the app is back on the App Store. This should also mean that iOS users will not face any payment issues on the Google Pay app. The app was not removed from the Google Play Store.

Google Pay is one of the most popular digital payments apps in India and its removal from the App Store may have affected iOS users while making transactions on the app. “A small number of Apple iOS users might experience persistent payment failures on their transactions. Our teams are working to fix it at the earliest. Meanwhile, affected users can reach out to Google Pay support through the app for help. We apologise for the inconvenience to our users. The Google Pay iOS app will be briefly unavailable on the App Store; users will be able to see the new app update reappear shortly,” the spokesperson told The Indian Express earlier this week.