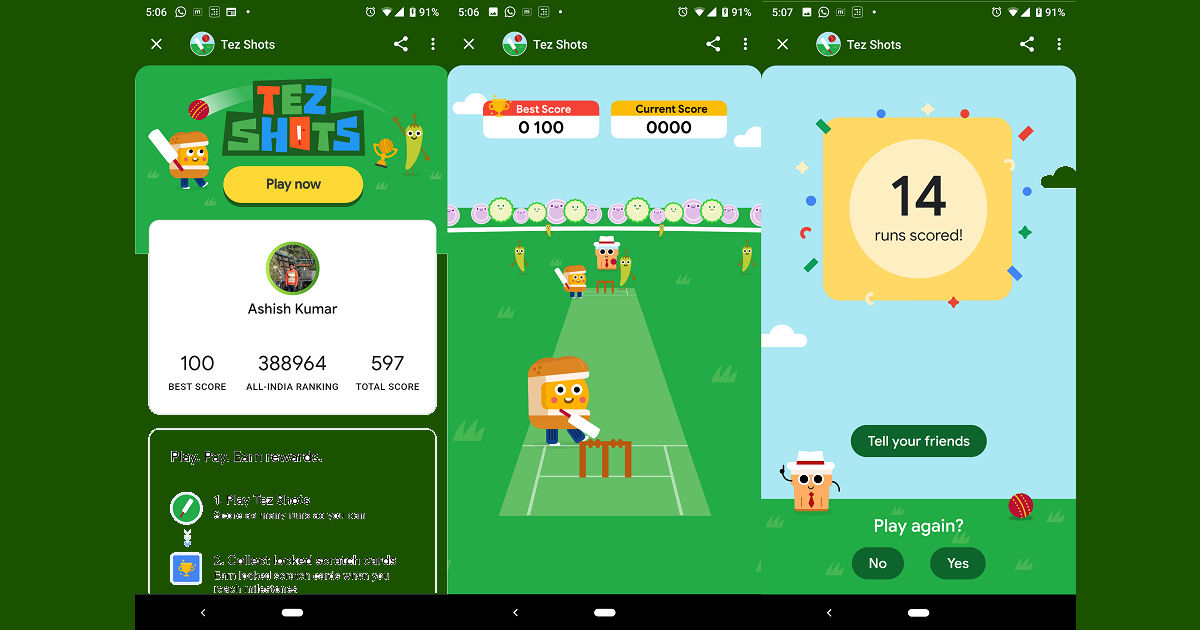 “Score runs by playing the game and earn scratch card of up to Rs 3,300 whenever you reach a ‘milestone'”

Google Pay now lets you win scratch card by playing game Tez Shots. The cricket game inside the Google Pay app requires you to score runs to win card coupons up to Rs 3,300 when you reach certain milestones. You can score as many runs and play as many times as you wish to unlock the rewards. Notably, the rewards can only be availed on the kind of payment specified on the scratch card during the offer period, which is valid till July 31st, 2019.

Your turn to bat! Head to the Google Pay app on your Android phone, and play #TezShots. Score runs and earn scratch cards.
Are you game? pic.twitter.com/86OGEpKnN5

As of now, the game is only available for Android users. Just update your Google Pay app to the latest build to play Tez Shots under the ‘Promotions’ banner. The game may remind you of the cricket game feature phones used to have back in the days.

For those unaware, Google Pay is the digital payment app from Google, formerly known as Tez. It was introduced in 2017 and lets you transfer money, pay bills, or book tickets via UPI.