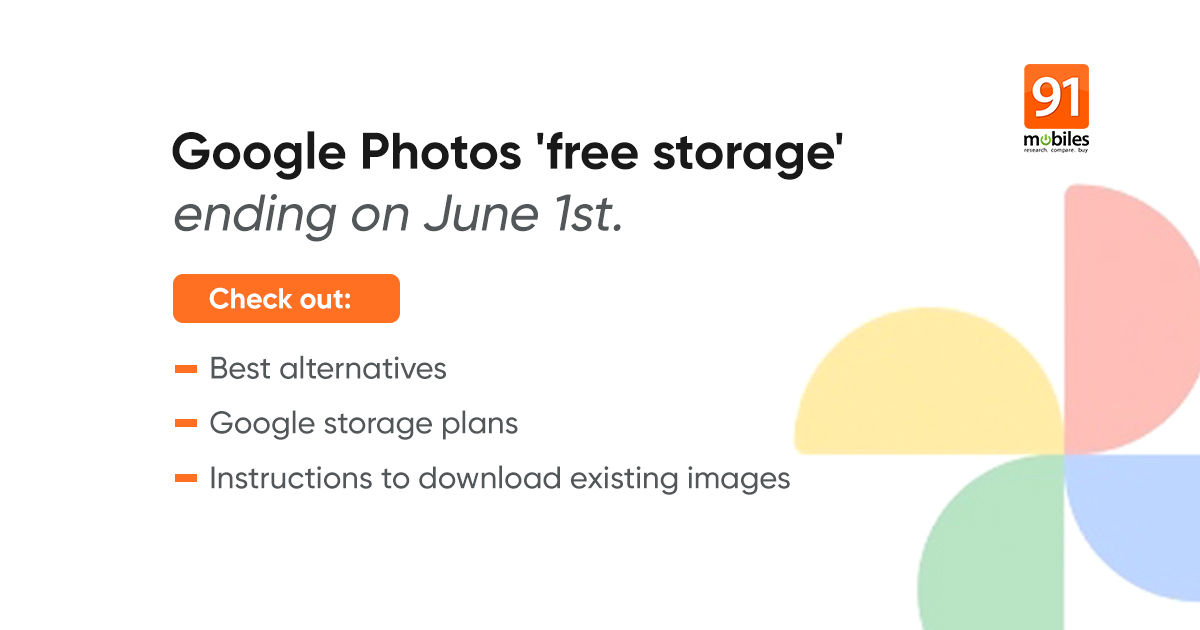 Google Photos will no longer let users upload ‘high quality’ photos for free. Starting June 15th, all photos uploaded in that manner will count towards your 15GB free Google Drive storage. While 15GB might seem like an ample amount of space for images, we have to bear in mind that the allotted Google Drive storage also hosts backups from apps like WhatsApp and includes data from other Google apps like Gmail, which also take up space. However, ‘high quality’ photos uploaded before June 1st are exempt, meaning that all of your existing media is fine. This is Google’s attempt to push users towards its Google One subscription service, about which we’ll talk about in just a bit. If you are looking to make a switch, here are a few Google Photos alternatives that might pique your interest.

Google One is Google Drive’s spiritual successor. Thankfully, it is quite reasonably priced in the Indian market, with the entry-level 100GB plan retailing at just Rs 130/month. Google One serves as a one-stop backup location for all your Google services, including Gmail, Photos, and more. The best part is, you can share some of that space with your family members, too. To find out more about Google One and its plans, go here.

Windows users will attest to the fact that Microsoft tries to push OneDrive to its users. While its entry-level 100GB plan costs Rs 140/month -more or less the same as Google One’- it isn’t as tightly knit with Google’s ecosystem as Google One. However, Samsung users will find OneDrive to make for a decent alternative, as most newly-launched Samsung devices support direct OneDrive integration for backups and whatnot. Its ‘free’ tier offers a paltry 5GB of space, which one can chew through quite easily. If you need more than 100GB of storage, you’ll have no choice but to subscribe to Office 365, which offers 1TB. You can find out more about OneDrive on Microsoft’s official website.

People in the Apple ecosystem are already familiar with iCloud. Much like OneDrive, iCloud also offers only 5GB of free storage before asking you to cough up. Surprisingly, it is one of the more affordable cloud storage services on the market, with its 50GB plan retailing at Rs 75/month. The 200GB plan will set you back by Rs 219. While you can access iCloud from a host of devices, Android phones aren’t one of them. iCloud only really makes sense for Apple users looking to make the switch from Google Photos.

Dropbox is one of the oldest players in the cloud storage market. Its free plan offers a laughable 2GB of storage, but its higher tiers could come in handy for people who need to offload a lot of data to the cloud. The next step up is its 2TB plan, which costs US$11.99 per month (roughly Rs 872). While that is a tad more expensive, it offers a lot of features, such as the ability to remotely wipe any device, smart sync, camera uploads and more. You can find the complete list of features here.

If you have the time, patience, and expertise, there is nothing stopping you from setting up your own cloud storage service. Bear in mind that the process can be cumbersome and will require you to run (or rent) a server. However, it could work out to be a whole lot cheaper if you play your cards right. Services such as Plex and Synology make the process a tad easier, but it is still quite daunting for newbies.

One of the most effective ways to back your data up is (and will be) offloading it onto an external hard drive. While there are several inherent disadvantages to it, you have full control over your data and privacy. Furthermore, you’re not restricted by your internet speed, meaning that you can move large files between devices quite easily. If stored under the right conditions, hard drives can easily last for several years, long enough for you to move the data over to a newer one when the time comes. Remember, ‘the cloud’ is just a fancy term for ‘someone else’s computer’ and nothing quite beats offline backups, even today.

Google offers a few monthly and yearly storage for users in India. While you get 15GB of free storage with every Google account, you can increase the storage depending on your budget and requirement.

You can download all your photos and videos from Google Photos on PC, Android mobile phone, iPhone, and Mac. You can also transfer the photos to other services like Dropbox and save them on your PC or a hard disk. To read more about how to download Google Photos images and videos, read our dedicated article here.

Google Photos for Android gets live video previews in timeline