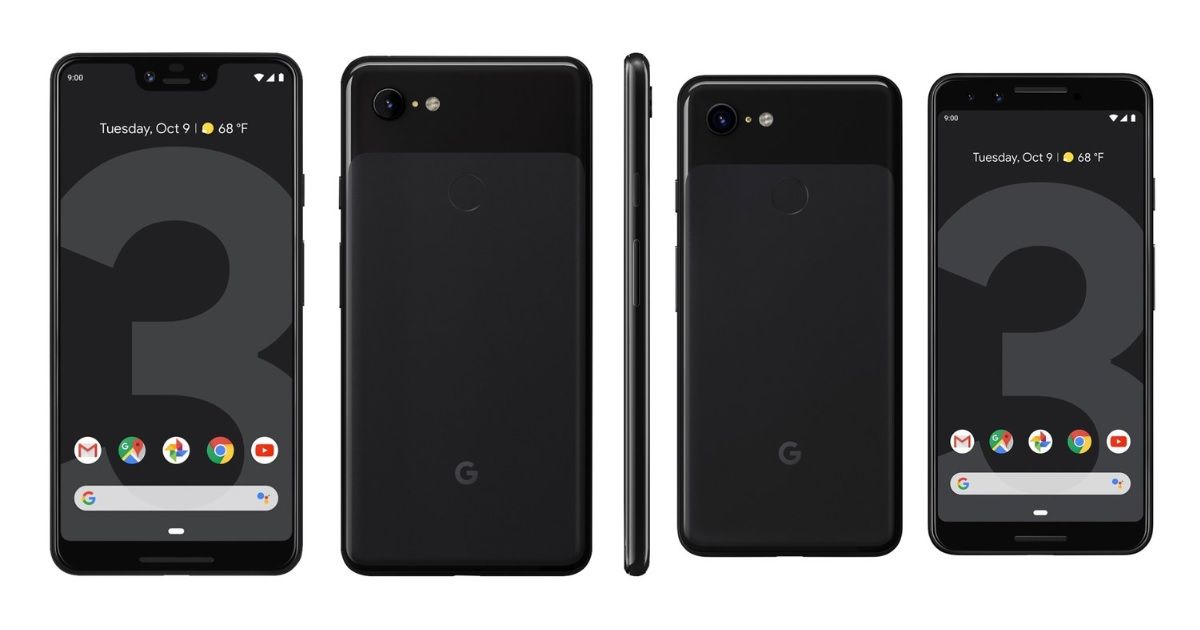 Google’s latest Pixel smartphones are amongst the worst kept secret in the history of smartphones. The rumour mill had already treated us to the specs, photos and even hands-on of the Google Pixel 3 and Pixel 3 XL. Today, at an event in New York City, the search titan has finally unveiled the latest-gen Pixels. The new smartphones mark a couple of firsts for the lineup, as they offer dual selfie cameras and wireless charging.

While the Google Pixel 3 sports a more conventional 18:9 display, the Pixel 3 XL has been fitted with a notch above the screen. Both the smartphones are IP68 certified for dust- and water-resistance, and ditch the 3.5mm headphone socket, just like their predecessors. As expected, the new Pixels boot Android 9.0 Pie out of the box, and will be getting major Android updates for the coming three years. Google has also introduced a wireless charging dock for its new smartphones. Both the handsets are equipped with rear-mounted fingerprint scanners for security, and get the Active Edge functionality that lets you trigger the Google Assistant by squeezing the sides. Two software features Google announced at the event are Call Screen and Flip to Shush. The former uses Assistant to talk to the caller, so the user doesn’t have to – the call transcript is then presented to the user, letting them decide if they want to call back. The latter simply lets users flip the handset so they do not get any more notifications.

Powering the Google Pixel 3 and Pixel 3 XL is Qualcomm’s top-notch Snapdragon 845 SoC. Both phones come in two RAM and storage configurations — 4GB + 64GB and 4GB + 128GB. In terms of connectivity, you get 4G LTE, VoLTE, an E-SIM slot, a nano-SIM slot, dual-band Wi-Fi, Bluetooth 5.0, and A-GPS.

At the rear, the new Pixels continue to offer a single camera — a 12.2-megapixel sensor with an LED flash, OIS, and Dual Pixel autofocus. For selfies, there are two 8-megapixel cameras on the front. The camera app of the new Pixel duo has been loaded with a number of new features. One of them is called Top Shot, which captures a handful of frames before and after pressing the shutter button. This allows you to get the best action shot possible by utilising machine learning. There’s a new Photobooth Mode that clicks the photos automatically by recognising smiles, funny faces, and more. Then there’s Super Res Zoom, which ensures that the images have enough details even when zoomed in. There’s Motion Auto Focus as well, which works while recording videos to track the subject in view, so you don’t have to do it manually. That’s not all, you can also save images in the RAW format.

Individually, the Google Pixel 3 offers a 5.5-inch display with a resolution of 2,160 x 1,080 pixels. The Pixel 3 XL on the other hand, is equipped with a bigger 6.3-inch screen with a resolution of 2,960 x 1,440 pixels. In terms of the battery, the smaller sibling comes powered by a 2,915mAh cell, while the Pixel 3 XL sips juice from a 3,430mAh pack, both with 18W fast-charging support. Both the smartphones will be available in White, Just Black, and Not Pink colour variants.

The Pixel 3 price in India is Rs 71,000 for the 64GB variant and Rs 80,000 for the 128GB option, while the Pixel 3 XL costs Rs 83,000 and Rs 92,000 for the two storage models. The smartphone will be up for pre-orders in the country starting October 11 via Flipkart, Airtel online store, Reliance Digital, Croma, Vijay Sales and other offline channels. Sales in India begin on November 1. As for the Pixel 3 price in the US, it stands at $799 for the base 64GB variant, while the 128GB option costs $899. As for the Pixel 3 XL price, buyers will have to shell out $899 and $999 for the 64GB and 128GB variants, respectively. Both the smartphones are now available for pre-orders, and will go sale in the US on October 18 via Verizon, Google Store, and Project Fi.

Google Pixel Stand wireless charger has been announced for the handset, and uses Google Assistant to interact with users – it automatically wakes up the display in tune with the alarm, answer questions, becomes a photo frame with Google Photos integration, etc. The Pixel Stand is priced at $79 (about Rs 6,000) and is now available for pre-order. The Pixel 3 siblings will also come bundled with a pair of the Pixel USB-C earbuds, which offer similar functionality as the Pixel Buds and come with support for Google Assistant.