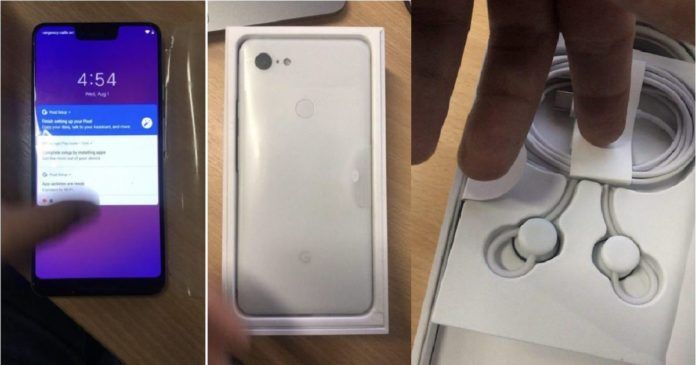 Google is expected to host its 2018 hardware event on October 4th where it’s slated to launch the all-new Pixel 3 and Pixel 3 XL smartphones. The devices have been doing the rounds on interwebs lately, revealing most of their key features and specifications. Now, ahead of the official launch, an unboxing video and some real-life images of the alleged Pixel 3 XL has surfaced online. The biggest takeaway is that the phone will have a noticeable cut-out on top of the display and come bundled with a pair of wired earphones inside the retail box. 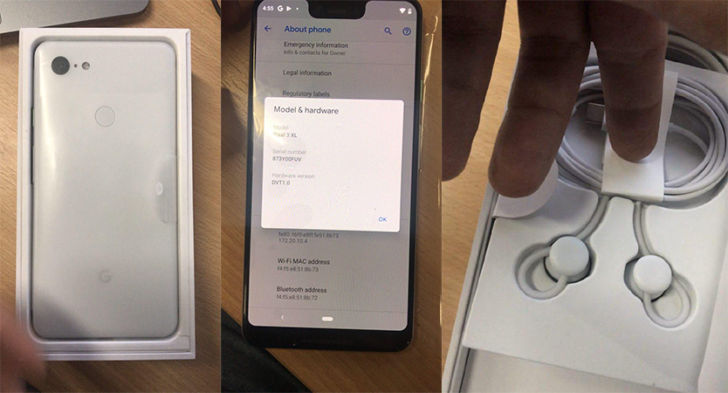 For those unaware, the Pixel 2 / 2 XL (review) — launched last year — didn’t come with earphones. So, it’s certainly a good news if Google includes them with this year’s Pixel duo. The unboxing video also shows the Pixel 3 XL in the ‘clearly’ white variant, which is in line with what we have seen before, along with a USB Type-C to 3.5mm adapter, charging cable, and a USB-C to USB-A adapter. 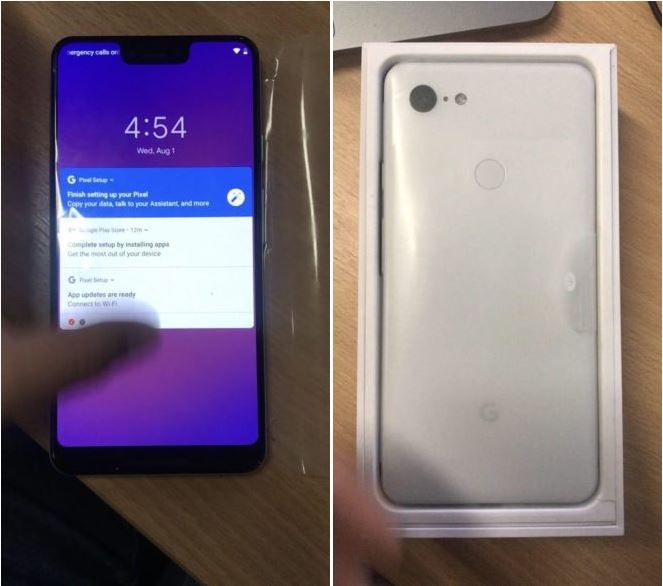 Apart from this, the hands-on images of the Pixel 3 XL showed a notch-toting display and a significant chin that also houses front-facing speakers. The photos indicate that the phone might sport an unmissable notch up top, which could be a deal-breaker for many. The rear panel seems to be made out of the glass to support wireless charging. Along with the camera module, the back is also home to the fingerprint scanner. The spine is where one can spot an accented light-green power button and a volume rocker. Unfortunately, the leak doesn’t reveal the specs of the Pixel 3 XL, but he did mention that the phone has 64GB of storage onboard.

Earlier rumours suggest that the Google Pixel 3 XL could come equipped with a 6.2-inch, 19:9 display, Snapdragon 845 SoC, 4GB / 6GB of RAM and up to 128GB storage. Its younger sibling — the Pixel 3 is expected to offer similar specs, but in a smaller form factor with a 5.8-inch notch-free display with an 18:9 aspect ratio.

We expect the rumour mill to continue revealing more details about the upcoming Google Pixel duo, so stay tuned to 91mobiles.