91mobiles.com
Home News Google Pixel 3a and Pixel 3a XL with Snapdragon 670 SoC and... 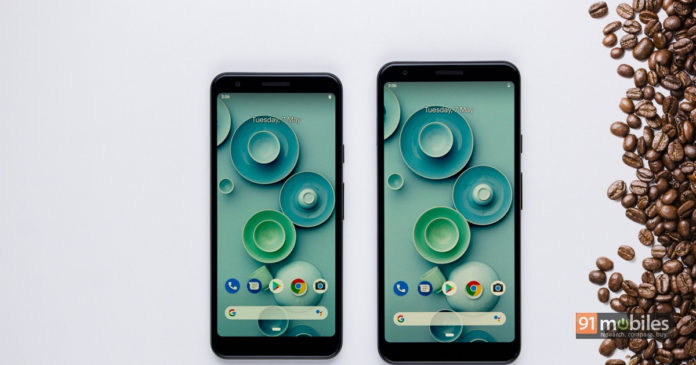 “The Pixel 3a and 3a XL are Google’s mid-range smartphones, with the same camera prowess as the flagship Pixel 3 series”

At its I/O 2019 Developer conference, Google took the wraps off the much-leaked Pixel 3a and Pixel 3a XL smartphones. The handsets are the mid-range offerings from the brand and share most of the traits from Google’s flagship Pixel 3 series, including the design and cameras. Both Pixel 3a and Pixel 3a XL come with Qualcomm’s mid-range Snapdragon 670 chipset and 12-megapixel primary camera backed by Google’s software. The notable differences between the XL and non-XL Pixel 3a models are in the screen size and battery. While the Pixel 3a is equipped with a 5.6-inch display and 3,000mAh battery, the Pixel 3a XL packs a 6.0-inch panel and 3,700mAh cell. 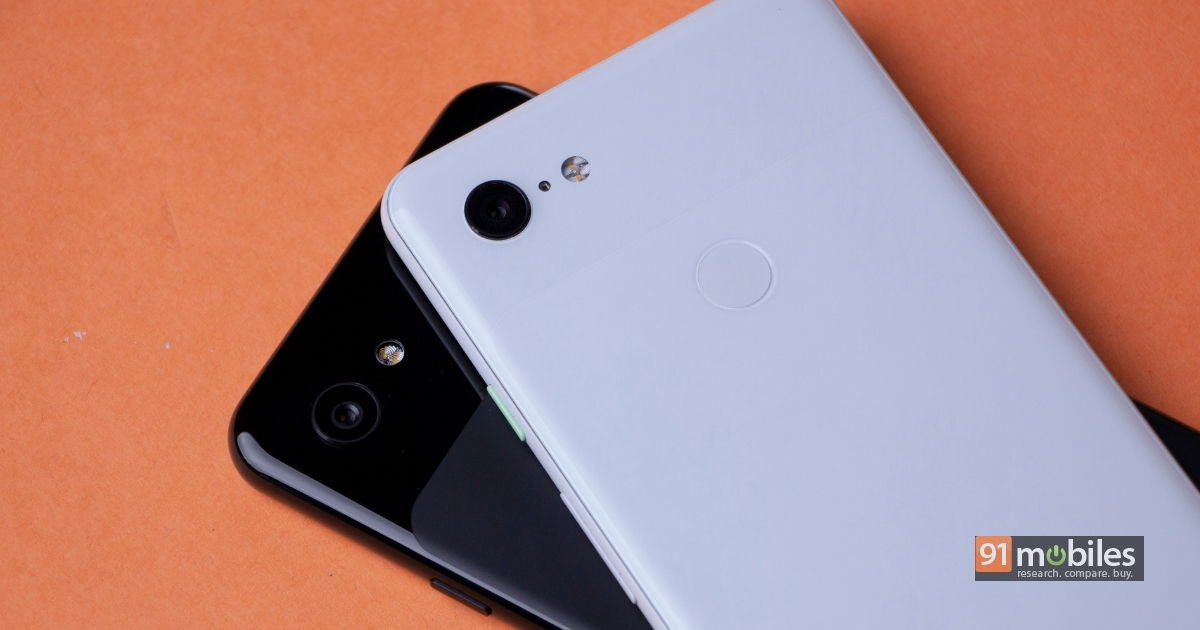 Google Pixel 3a and 3a XL price, availability

The Pixel 3a price in India has been set at Rs 39,999 for the single model with 4GB RAM and 64GB storage. The Pixel 3a XL, on the other hand, will set you back by Rs 44,999 for the same RAM and storage configuration. The handsets will be available in Just Black and Clear White colour options; there’s a new Purplish colour too, but that’s not been announced for India for now. The smartphones will be available via Flipkart starting May 15th and users will be able to register to purchase the same starting May 8th.

As for the launch offer, Pixel 3a and Pixel 3a XL buyers will get three-month premium subscription of YouTube Music for free in India, the US, Canada, and others. To avail this offer, the buyers should not have used the Google Play, YouTube Music, and YouTube Premium previously.

Google Pixel 3a and 3a XL specifications

Talking about the specifications, the Pixel 3a and Pixel 3a XL both look similar to Pixel 3 smartphones thanks to that two-tone material and 18.5:9 aspect ratio and Asahi Dragon Trail glass protection. The only notable difference is the missing glass layer from the back panel, which means both Pixel 3a series will lack wireless charging. Also, there is no IP rating for water-resistant. 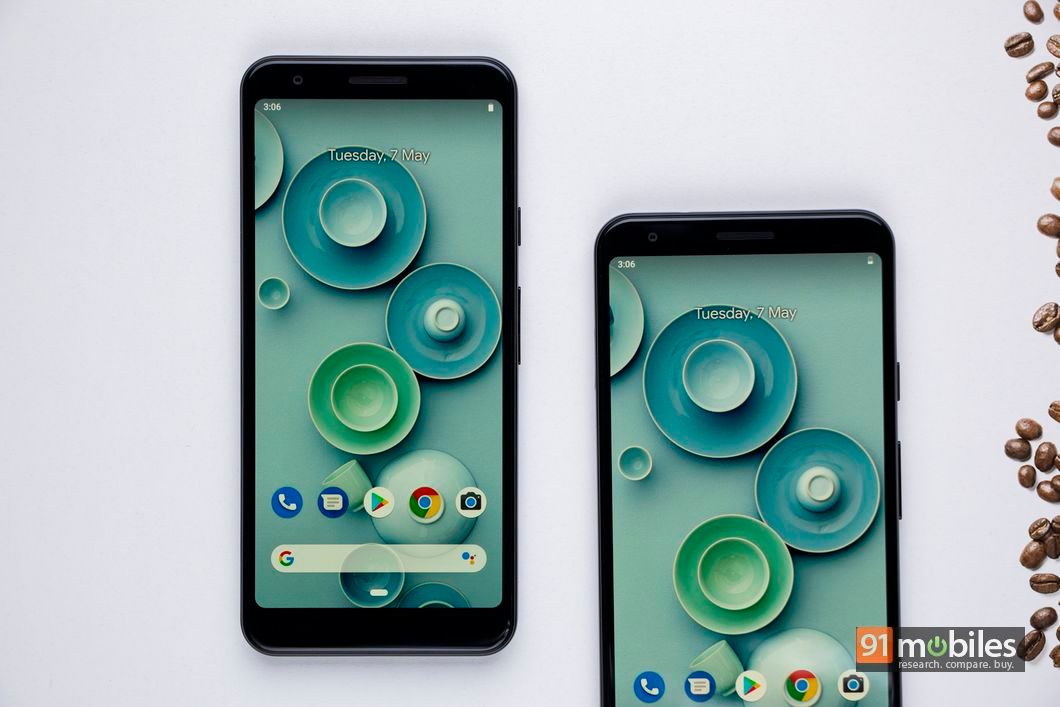 As stated above, the Pixel 3a packs a 5.6-inch display, while the Pixel 3a XL flaunts a slightly bigger 6.0-inch screen. The screen on both the devices are OLED and bear full-HD+ (1,080 x 2,220p) resolution with Always On functionality. The Snapdragon 670 SoC ticking at their core, paired with 4GB of RAM and 64GB built-in storage – there’s no microSD card slot on the handsets, but you get Google’s cloud storage. The Titan M security chip for on-device security too is there on both phones.

The biggest USP of Pixel 3a and Pixel 3a XL are their cameras. The handsets feature the same 12-megapixel (f/1.8) Sony IMX363 dual-pixel sensor at the back as on the flagship Pixel 3 smartphones. Furthermore, Google has included its software and machine learning algorithm along with autofocus, OIS + EIS, and 76-degree field of view to further enhance the result. The front camera of Pixel 3a series gets a single 8-megapixel sensor with f/2.0 aperture lens on the front instead of dual. You also get other camera features including Night Sight, portrait mode, Motion Auto Focus, Super Res Zoom, and up to 4K video recording support at 30 frames per second. 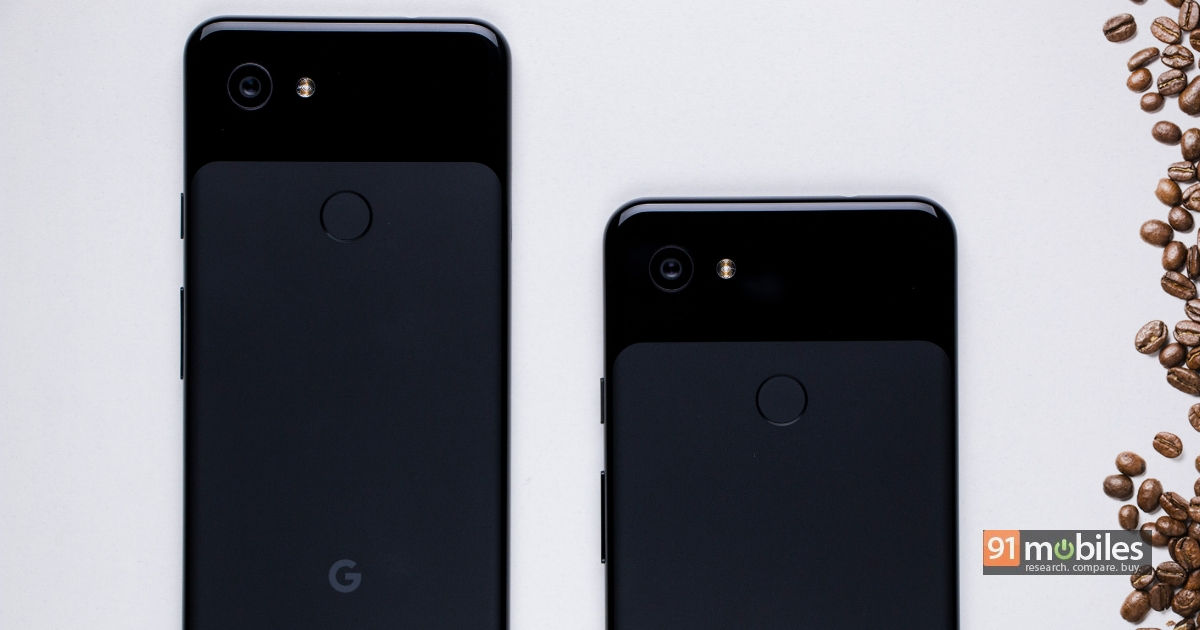 The Pixel 3a and Pixel 3a XL are powered by 3,000mAh and 3,700mAh batteries with 18W fast charging support, respectively. The handsets come preloaded with Android 9 Pie with security updates for the next three years to take care of the software side of things. Apart from this, there is a rear-mounted fingerprint sensor, active squeeze feature for Google Assistant, and connectivity options such as Wi-Fi, 4G LTE, Bluetooth 5.0, GPS, 3.5mm audio jack, USB C 2.0, and a physical SIM card slot. There’s also e-SIM support, which will be activated later with software support.