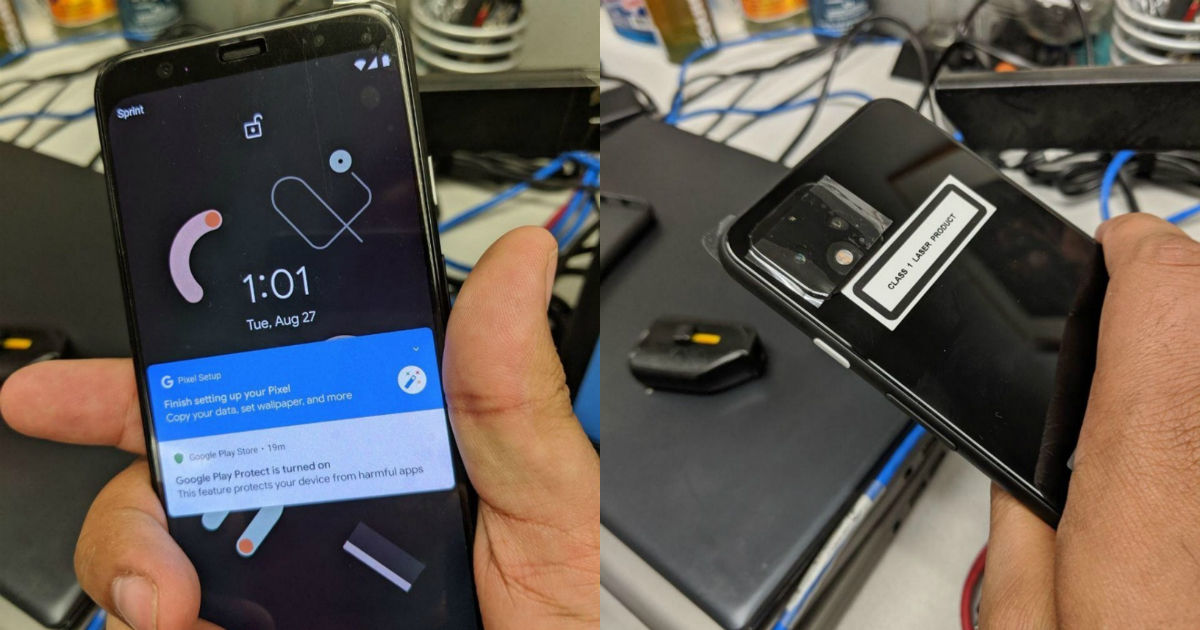 “The Google Pixel 4 status bar shows the Sprint carrier logo, suggesting the phone might be under testing with the network”

Google Pixel 4 and Pixel 4 XL launch is inching closer, and at this point, a fair amount of details about the flagships hit the internet. Rumours suggest the Pixel 4 series will have ‘Smooth Display’ with 90Hz refresh rate. We’ve also come across live images of the Pixel 4 series, revealing mostly the rear design. Now, new photos of the flagships leaked and this time they show off the front and back design. While the source of these images isn’t exactly clear at the moment, they seem legit. The status bar shows the Sprint carrier logo, suggesting the phone might be under testing with the network.

Google Pixel 4 seem to have a sizable bezel on top of the display to accommodate the new Soli radar sensor and face unlock tech that the company confirmed sometime back. While the chin below the screen is relatively smaller, comparatively. The biggest design change over the previous generation’s soft-touch glass cover is a new single-coloured glossy glass body. Thankfully, Google is still using contrast colours power buttons as the black Pixel 4 rocks a white power button. The corners are still rounded, and the display isn’t curved like the Samsung Galaxy phones.

At the back, there are dual-rear cameras with LED flash placed inside the square-matrix, which could be similar to the upcoming iPhones. The camera bump doesn’t seem to be as obtrusive as it was initially expected. It’s possible the rear camera setup could include a standard sensor and a telephoto lens. The Pixel 4 handset seems to be running on Android 10 as the gesture bar, and the Assistant hint handle are visible. These are all the bits we can share from the available sources, but with the launch still more than a month away, we could come across more information.