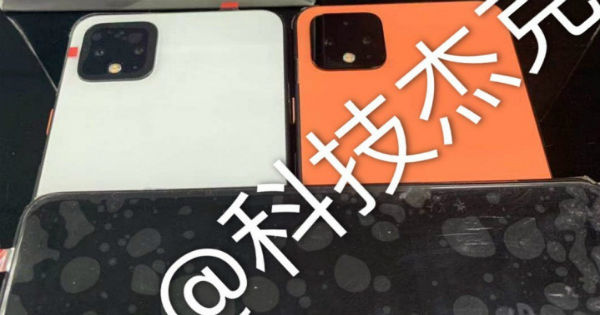 Google Pixel 4 and Pixel 4 XL renders and live images in the usual black and white colours have been in the spotlight for quite some time now. But, according to the latest leaks, which show off the rear design of the flagship, the upcoming Pixel series will also be available in a new orange colour, which might be named “Coral.” The new “Coral” Pixel 4 seems to embrace the same orange-coloured power button. While the White model has the orange-coloured power switch. The rear design yet again confirms the square-shaped rear camera module on the Pixel 4 series.

Another Weibo post by the same source shows the entire back panel of Coral Pixel 4, revealing a slightly darker Google ‘G’ logo. The upcoming Pixel 4 series is expected to pack a complete glass back, a move from the smooth-matte finish on the Pixel 3. This should make the phone slightly heavy and offer a premium in-hand experience. As for the design, while the chin below the screen is relatively smaller, the Pixel 4 is expected to have a sizable bezel on top of the display to accommodate the new Soli radar sensor and face unlock tech.

Separately, Google Pixel 4 recent leaks suggest the flagships will offer an improved night mode, a new Motion Mode feature and 8X zoom. The new Motion Mode functionality is said to help users take high-quality action shots. While the 8x zoom will most likely be digital, it is expected to combine 5X optical zoom and Super Res Zoom to offer clear and detailed photos. The upcoming Pixel 4 series is said to feature a 16-megapixel telephoto sensor and likely to run on the latest Android 10 OS right out of the box. With the launch still months away, we might come across more details soon.