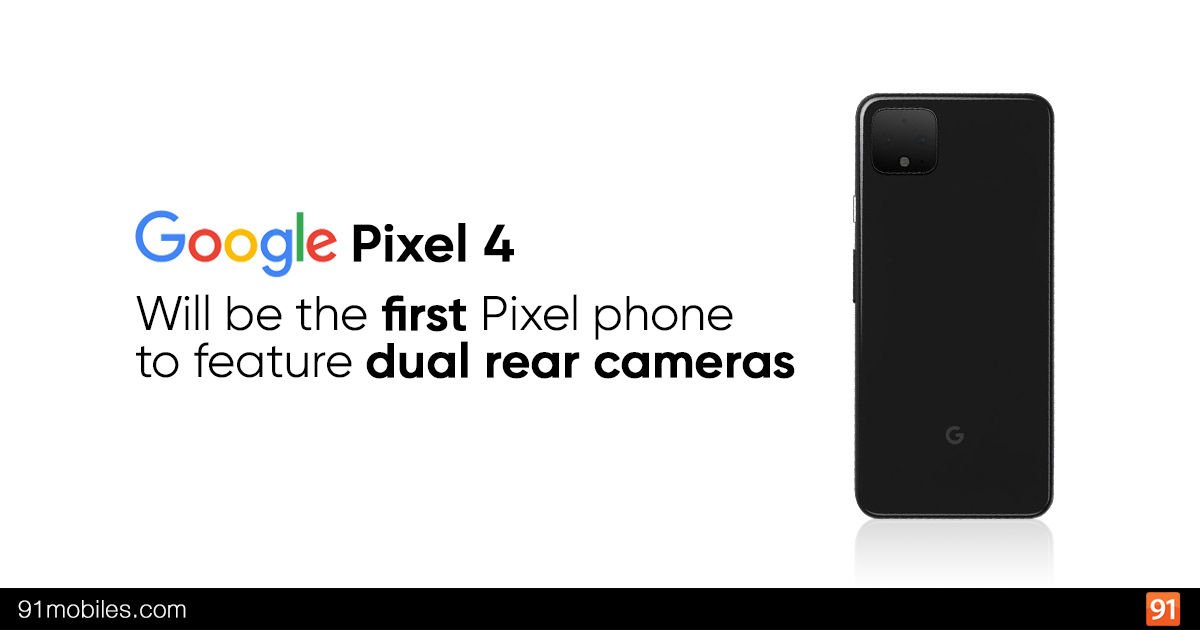 Google is expected to launch its next-gen Pixel smartphone(s) at an event sometime in October. Ahead of the unveiling, a barrage of leaks regarding the design of the Pixel 4 have been popping on the internet from time to time. Earlier this week, folks over at PriceBaba leaked a render of the Pixel 4, which surprisingly showed a square camera module at the rear. Now, putting an end to all rumours and leaks, Google itself has posted an official render of the Pixel 4 on its Made by Google Twitter handle.

Well, since there seems to be some interest, here you go! Wait ’til you see what it can do. #Pixel4 pic.twitter.com/RnpTNZXEI1

The tweet by the official Google handle reads “Well, since there seems to be some interest, here you go! Wait ‘til you see what it can do”. The tweet essentially targets the tech tipsters leaking the design of the upcoming Pixel flagship. The official render shows that the Pixel 4 will flaunt dual rear cameras side-by-side, which are placed in a square module. Notably, the upcoming iPhone models are also expected to have a similar setup for their primary cameras.

Furthermore, the render reveals that the Pixel 4 will feature a sensor above the dual rear cameras in the square module. Notably, the Pixel 3 has a tech that Google calls “Spectral + flicker sensor,” so we can expect that sensor on the Pixel 4 to be an enhanced version of the same, though smaller in size. The spectral sensor on the Pixel 3 is used to help the camera deal with strobing lights and offer better quality while recording LCD screens. Since a spectral sensor can be used for more like analysing colours better, we can expect the Pixel 4 to offer much-improved imaging prowess than its predecessor. Notably, there’s another sensor in the square module alongside the dual-LED flash unit. This could be the laser autofocus sensor.

Talking about the design, the official image of the Pixel 4 shows that it will have a single-tone finish instead of a dual-tone design found on its predecessor. Since a fingerprint sensor is not present at the back in the photo, we can expect that it will be placed under the screen of the next-gen Pixel. It’s worth mentioning that there are reports that Pixel 4 will ditch the fingerprint sensor for a 3D facial recognition system, like the latest iPhones.

As far as the specs are concerned, not much is known about the upcoming Pixel 4. However, we can safely speculate that it will be powered by Qualcomm’s latest flagship SoC, the Snapdragon 855, and come with higher RAM capacity. We can also expect a handful of new software tricks on board as the phone will boot Android Q out of the box. Since the launch is around four months away, we expect the rumour mill to shed more details about the new Pixel. Notably, since Google has officially revealed the design of the device months ahead of the launch, we can expect the tech titan to reveal some more features of the handset in the future.