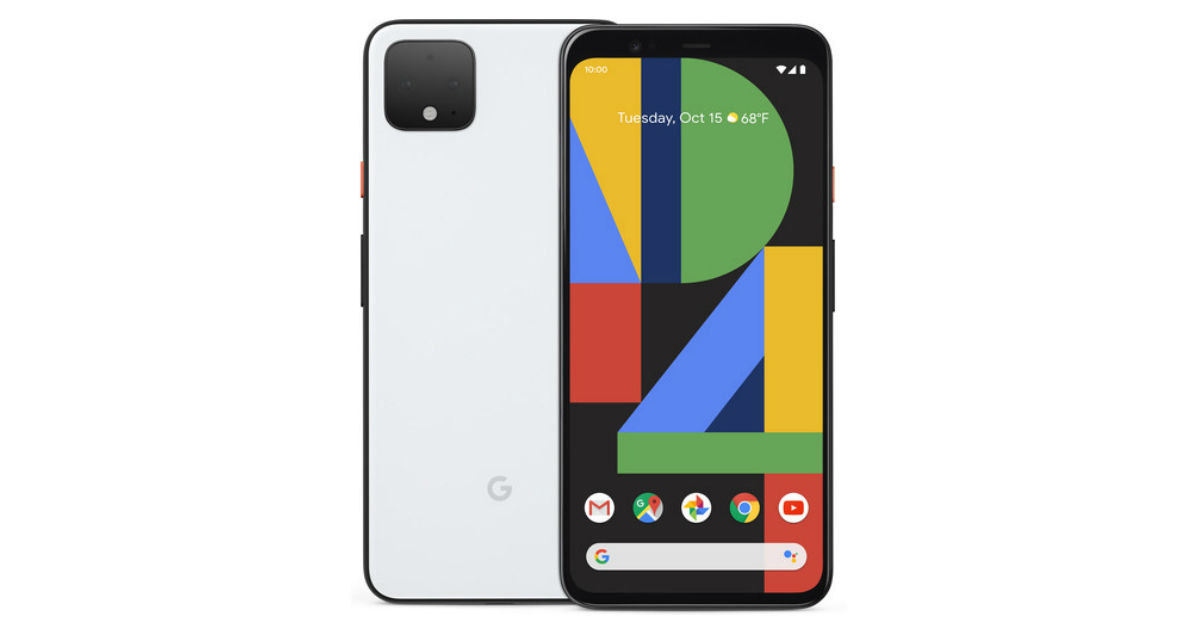 Google has launched the Pixel 4 and Pixel 4 XL smartphones at its hardware event in New York. The Pixel 4 lineup comes with a series of upgrades over last year’s Pixel 3 and 3 XL, with the dual rear cameras as the biggest change. Both the Pixel 4 and 4 XL are the first in the lineup to pack more than one sensors in an iPhone 11 Pro-like camera module at the back. The setup is likely to boost the handsets’ photography skills. In addition to this, both the Pixel 4 series handsets have 90Hz display, Snapdragon 855 processor, and Motion Sense tech that lets you wave your hands to control certain aspects of the phone, such as skipping songs and silencing phone calls. Unfortunately, due to Motion Sense, Google won’t be launching Pixel 4 series smartphones in India.

The Google Pixel 4 prices start at $799 (about Rs 56,000), whereas the Pixel 4 XL price begins at $899 (roughly Rs 64,000). The phones come in Just Black and Clearly White colours, along with a new, limited edition Oh So Orange hue. Pre-orders for the two devices start today and sales begin October 24th. Buyers will also get free 100GB Google One cloud storage for 3 months.

The Pixel 4 smartphone features a 5.7-inch OLED ‘smooth’ display with full-HD+ resolution and up to 90Hz refresh rate. Unlike its predecessor, the handset has sizeable bezel above the display as a way to avoid the notch that houses the selfie camera and other sensors. One of the highlights of the Pixel 4 series is Project Soli-powered Motion Sense tech. This tech allows for face recognition to unlock the phone, swipe gestures to skip songs, silence calls, etc and will also have applications in gaming, healthcare etc. Moreover, it will be contextually aware and will be able to distinguish between intended swipes and accidental waves in front of the smartphone. Sadly, Motion Sense is limited to certain regions, which does not include India.

The back panel of the phone has glass layer (mind you, no dual-tone finish this time) for wireless charging with camera cut-out at the top-left corner. Under the hood, the Pixel 4 is powered by the Snapdragon 855 SoC, aided by 6GB of RAM and 64GB/128GB storage onboard. Of course, buyers will get the three months of 100GB cloud storage from Google One. The handset supports Active Edge for quick access to Google Assistant with a gentle squeeze as well as the Pixel Stand.

For photography, the Pixel 4 sports a 12-megapixel primary sensor paired with a 16-megapixel telephoto lens at the back. The front camera of the phone sports an 8-megapixel shooter for selfies and video calling. Google has introduced a slew of new features with the cameras. First up is astrophotography, which combines Night Sight with long exposure to stitch together multiple photos of the night sky to deliver images that capture even the stars in the sky. Portrait Mode has also improved, allowing users to capture images of subjects at greater distances without letting the quality degrade. Dual Exposure Camera Controls let users lighten or darken parts of images for shots captured in difficult lighting conditions.

The Pixel 4 runs Android 10 OS with a customisable user interface and Pixel Launcher out of the box. The phone is IP68 water- and dust-resistant certified, has the Titan M security chip, Pixel Neural Core for on-device machine learning, and Stereo Speakers. The entire package is driven by a 2,700mAh battery with 18W fast-charging support.

The Pixel 4 also ships with the next-gen Google Assistant, which was introduced earlier this year at I/O 2019 conference. The new virtual assistant from the Mountain View company is said to run on-device and can process requests up to 10 times faster than the old Assistant. The digital assistant can also move from task to task without saying the hot word “Hey, Google” each time.

The Google Pixel 4 XL has the same core features and specs as the smaller Pixel 4 smartphone, save for the bigger display and battery. The Pixel 4 XL version gets a 6.3-inch display with QHD+ resolution and 3,700mAh battery.