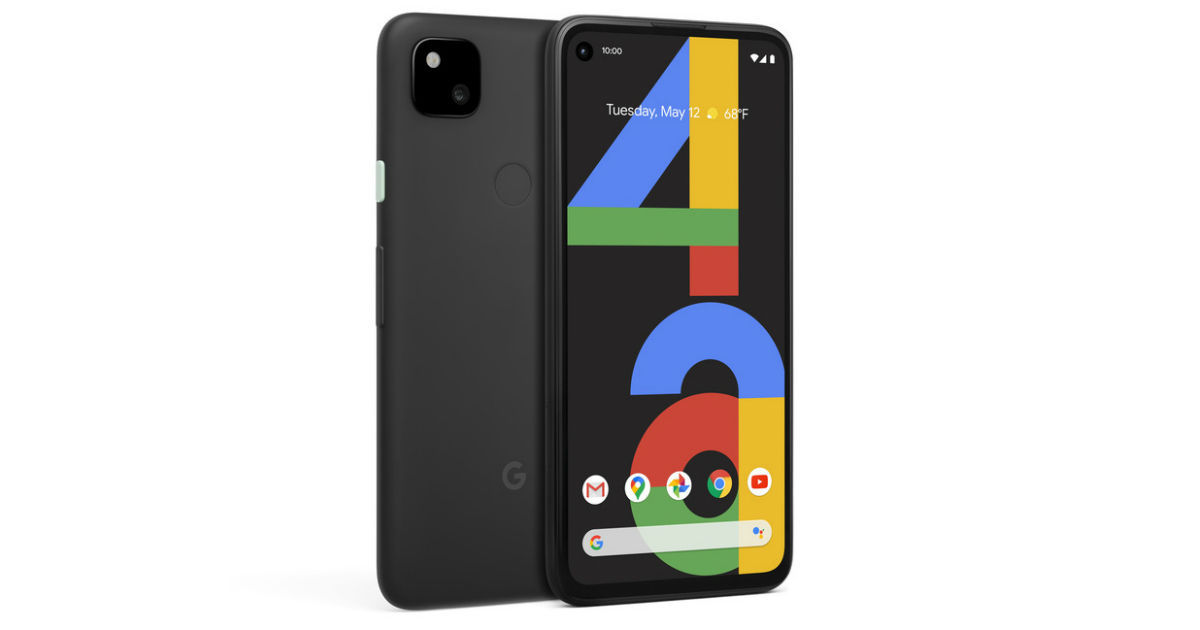 Google announced the Pixel 5 and Pixel 4a 5G at a late-night event on Wednesday. Unfortunately, these two smartphones will not be coming to India. However, the non-5G Google Pixel 4a, which was announced globally in August, will be launching in India. We have known for a while that the Pixel 4a will be releasing in the country in October and now the exact launch date has been revealed. In a reply to a Twitter user’s question, Google revealed that the Pixel 4a India launch will be on October 17th. The smartphone will be available on Flipkart.

Also read: Google Pixel 5 and Pixel 4a 5G will not launch in India, company confirms 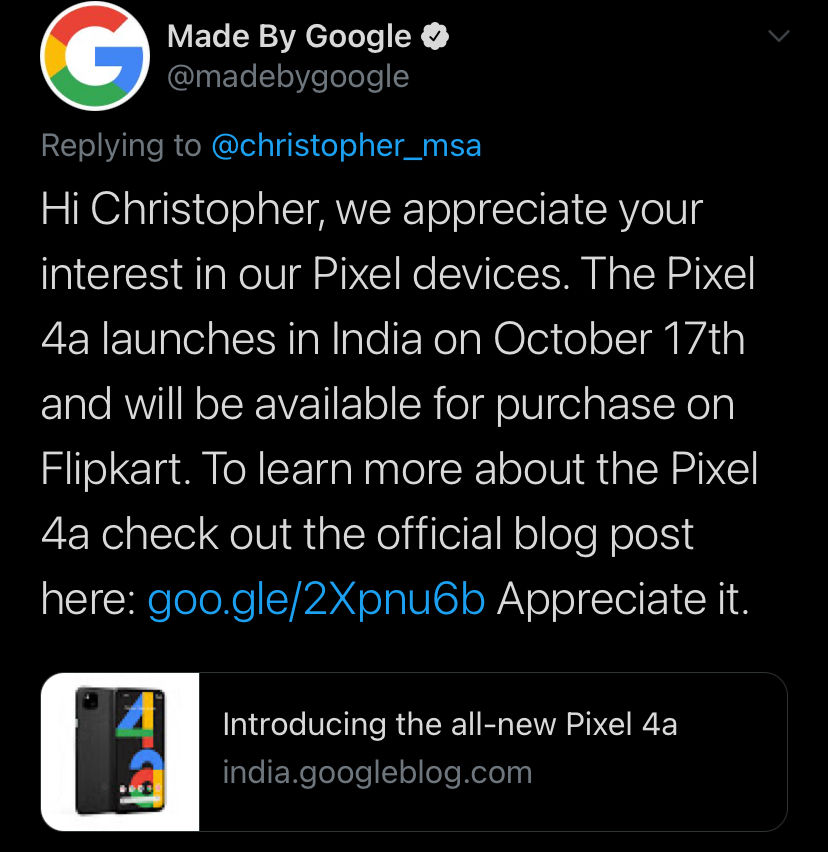 The Google Pixel 4a India price has not been revealed yet. To recall, the phone was launched in the US at $349 (approx Rs 26,000). We expect the India price to be in the same price range given the mid-tier specifications.

Google Pixel 4a specifications include a 5.8-inch FHD+ OLED display with a 60Hz refresh rate and a punch-hole cutout. The smartphone is powered by the Snapdragon 730G chipset paired with 6GB RAM and 128GB internal storage. It features a single 12MP camera at the back with OIS support and an LED flash. Camera features include Live HDR+, dual exposure controls, Night Sight with astrophotography, Portrait Mode, and Super Res Zoom.

The Pixel 4a packs a 3,140mAh battery and supports 18W fast charging. Other features include stereo speakers, 3.5mm headphone jack, and a polycarbonate unibody that includes a rear-mounted fingerprint sensor. The Google Pixel 4a runs on a clean and stock Android 10 software with a promise of three major software upgrades.