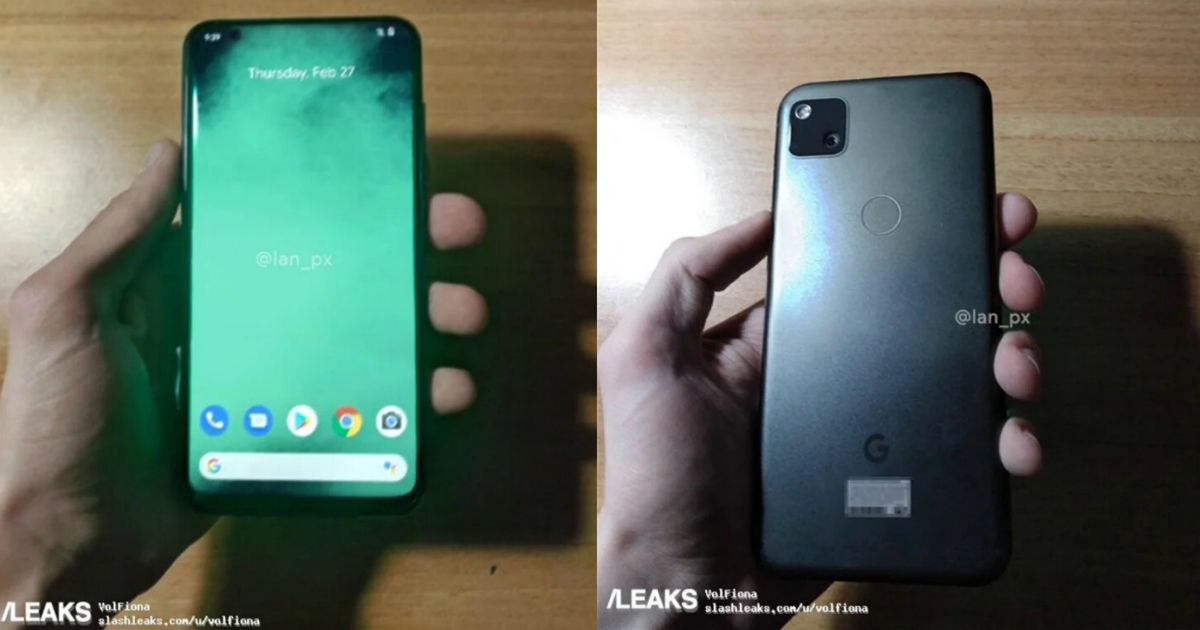 Google mid-cycle flagships- the Pixel 4a and Pixel 4a XL were expected to launch at the Google I/O 2020 event in May. However, the company had to cancel the developer’s conference owing to coronavirus scare across the globe. Though there is a possibility of an online event to introduce new Android upgrade, updates to Assistant and other apps, the same can’t be said about the hardware announcements just yet. Now, amidst the confusion, more live-images of the Google Pixel 4a have surfaced online.

While one set of the live-images show the Google Pixel 4a system settings with 64GB internal storage, quick-toggle menu, the app drawer section and also the rear side of the phone with a case. Another set of images show a single rear camera along with an LED flash in a square module and a physical fingerprint sensor right below. There is a single punch-hole cutout at the top-left corner to house the selfie camera and slightly thick bezels. It looks the design is legit as it is similar to earlier leaked images and renders published by 91mobiles. The volume rocker and coloured-power button are towards the right spine and Google could retain the 3.5mm audio jack from the Pixel 3a-series.

Talking about the Pixel 4a specifications, recent reports have suggested the smartphone will have codenamed “sunfish” and will be powered by the Qualcomm Snapdragon 730 SoC. While it won’t have 5G connectivity, it’ll boot the upcoming Android 11 OS. The phone is tipped to sport 5.7/5.8-inch display and should come with at least 4GB of RAM and 64GB internal storage. We’re yet to learn about its battery capacity, camera details, and other features. Google Pixel 4a and Pixel 4a XL could still be launched at the I/O 2020. Either way, we should learn more details soon.