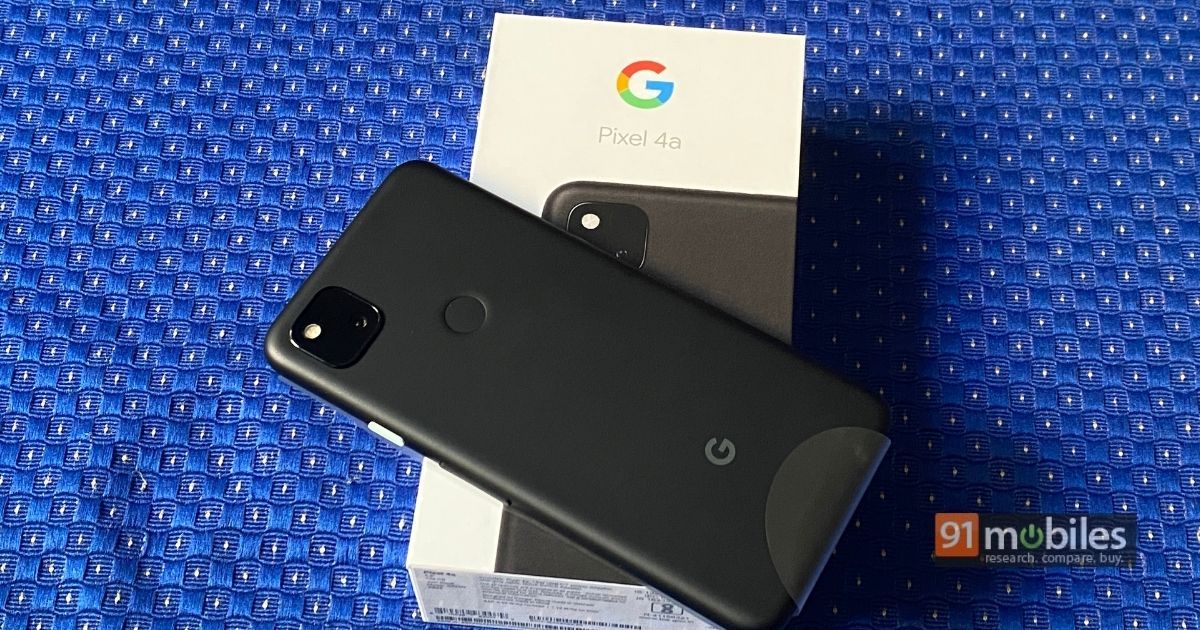 Google’s Pixel range of smartphones have always been known for their photography prowess. The company however, disappointed its fans in India by choosing not to launch its last flagship, the Pixel 4, in the country. What’s more, even this year’s Pixel 5 isn’t expected to make its way to our shores. However, the Mountain View giant does have a new mid-range offering in the form of the Pixel 4a, which comes as a successor to last year’s Pixel 3a (review). The new smartphone has just landed in our hands, and it’s time to give it a quick once over to get an idea of what it brings with it. 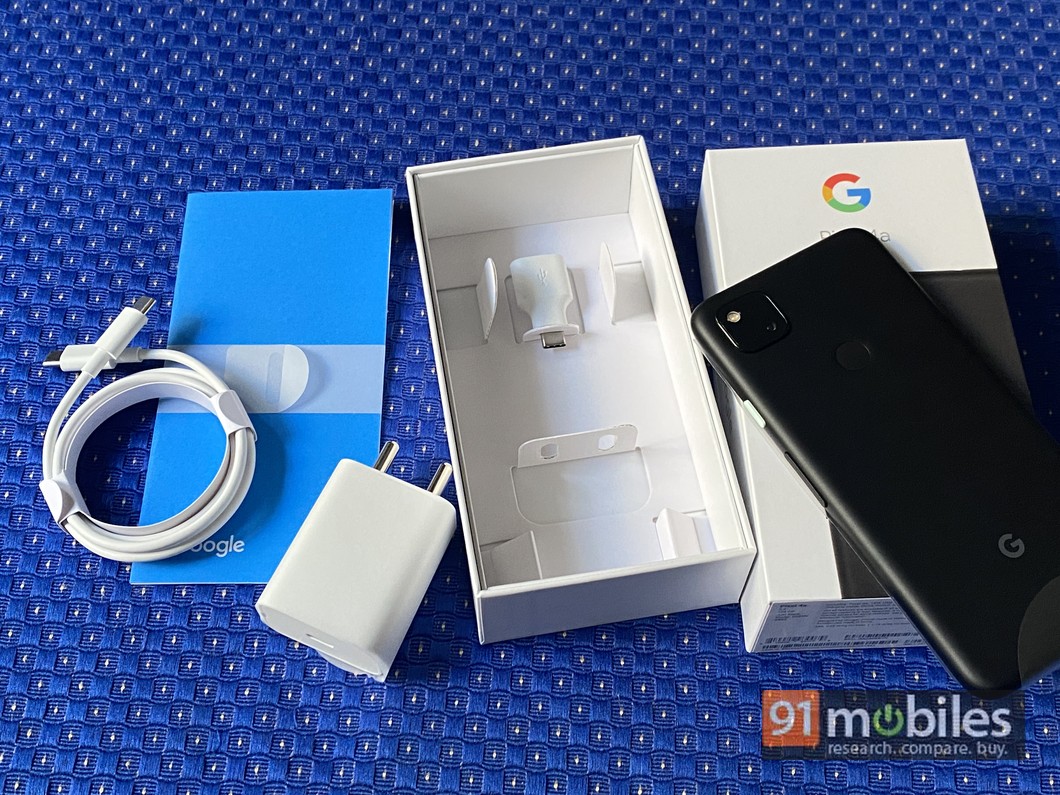 Inside the retail box, Google includes an 18W fast charger, a Type-C to Type-C cable and a quick switch adapter for migrating your data. There’s no case, and no earphones either. The phone itself is quite compact, largely due to its 5.8-inch display that has shaved off some of the bezels as compared to the older model. This time, the front camera has been integrated in a more modern punch-hole implementation. 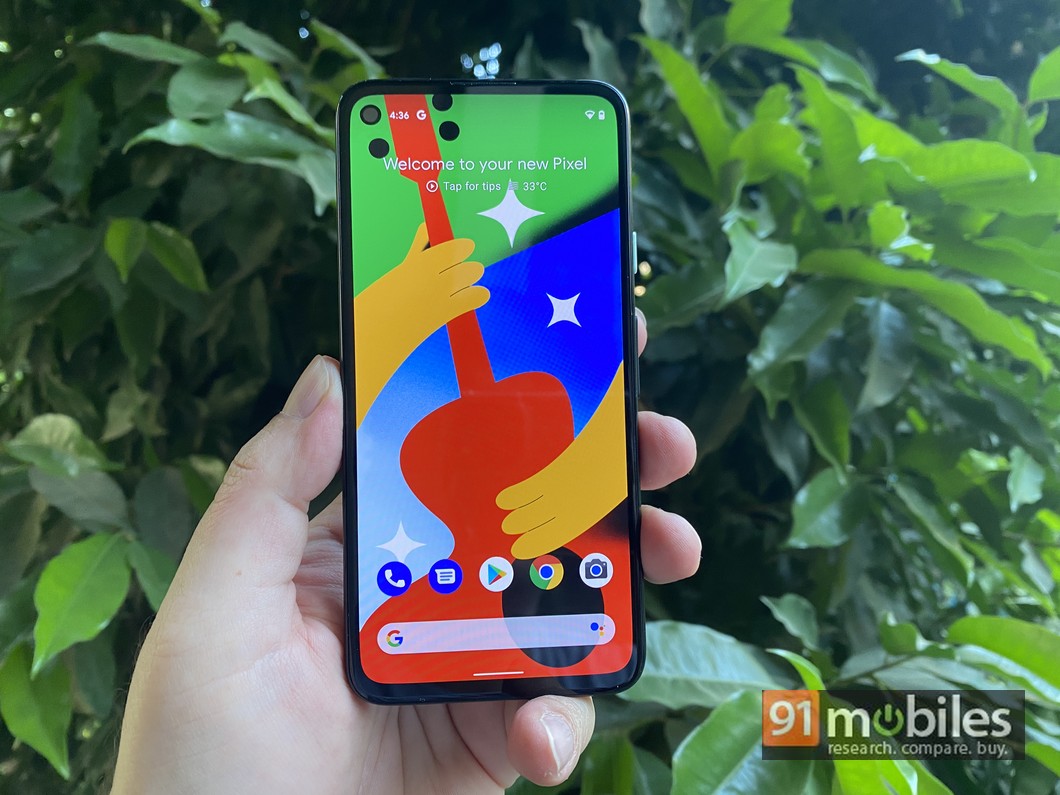 The phone looks and feels reasonably premium, despite its plastic construction. Google seems to have given up on the signature dual-tone finish seen on the previous Pixel models, in favour of a matte finish that looks nice, but manages to collect smudges quite easily. At the bottom is the Type-C port and speaker, while the SIM tray is towards the left. On the right, you’ll find the volume rocker and a mint-coloured power button. 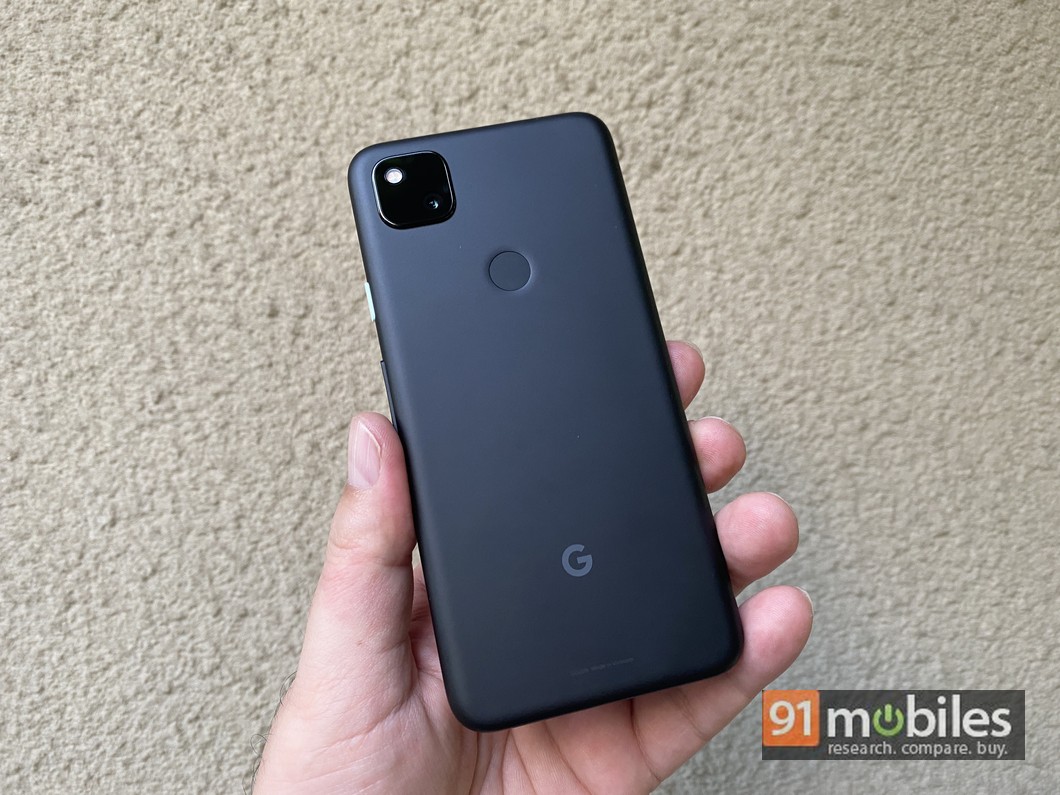 The top of the phone has a 3.5mm headset socket, thank Google for that. At the back, you’ll see a squircle camera module with a single lens and a flash. A circular fingerprint scanner and the G logo is also present at the rear. The 5.8-inch FHD+ screen is OLED, and comes with HDR support. The refresh rate is a standard 60Hz, but it does look rather nice in terms of colour output. The Pixel 4a is powered by Qualcomm’s Snapdragon 730G chipset, mated to 6 gigs of RAM. The base storage has been doubled to 128GB as compared to previous models, but there’s no way to expand it. Inside is a 3,140mAh battery, with support for 18W fast charging.

Coming to the cameras, which is one of the main USPs of Pixel phones, traditionally speaking, you still get a solitary 12.2-megapixel snapper at the rear. The camera boasts OIS, while the Google Camera app offers features like Night Sight, the dedicated night mode. Based on how it works on older Pixel phones, this mode is known to take awesome shots in the dark. At the front is an 8MP selfie shooter. It’s 2020, and a mid-range phone offering a single primary camera might seem strange to some, but this is a Pixel, and Google has proved in the past how well its software wizardry involving machine learning and computational photography can stand against the competition. That said, a detailed review will help bring the true picture to light, no pun intended. 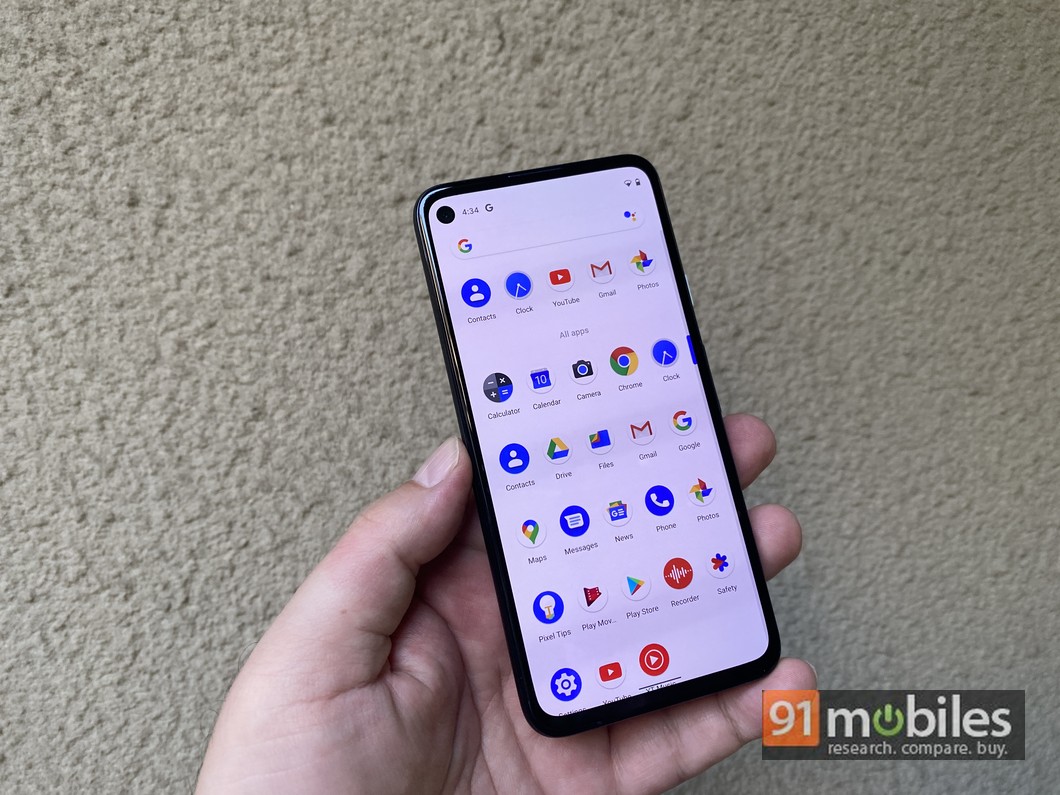 Software-wise, the Pixel 4a boots Android 11 out of the box, with no bloatware to speak of. Guaranteed software updates for the next three years are part of the package, along with signature features like Now Playing (the offline song recognition feature seen on previous Pixel phones). 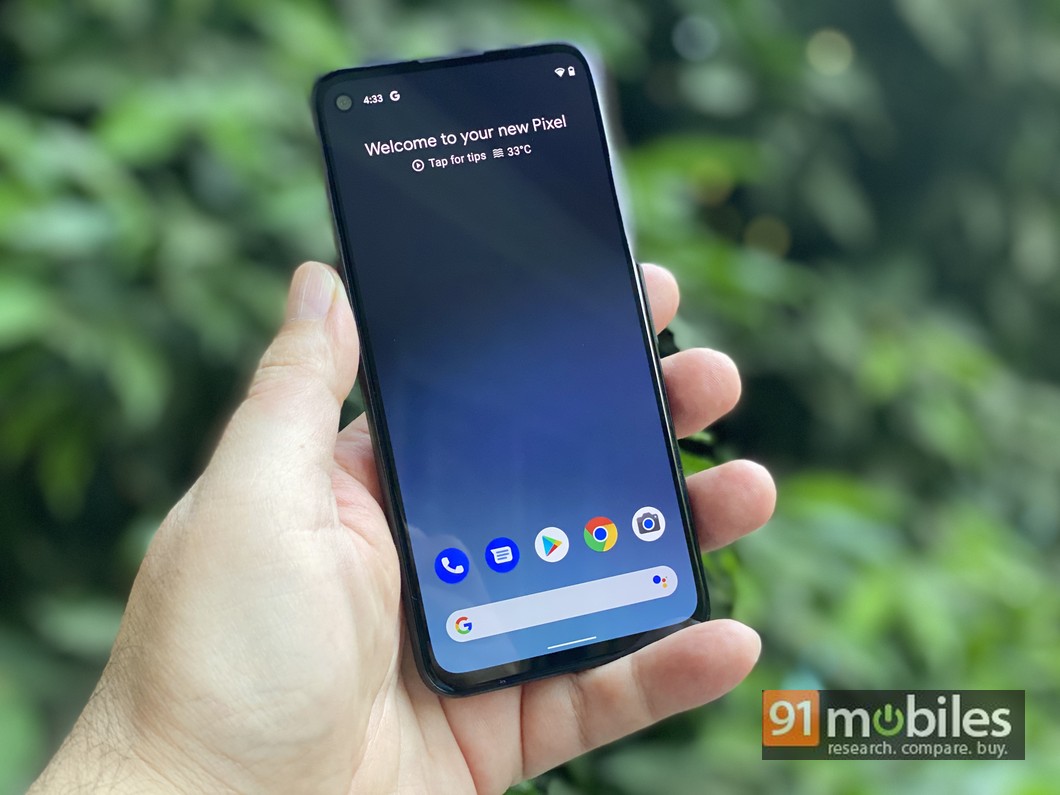 The Pixel 4a has been priced at Rs 31,999 (Rs 29,999 inaugural price), and competes with the likes of the OnePlus Nord (review), Samsung Galaxy M51 (review), and others. It’d also be interesting to see how it stacks up against the Apple iPhone SE 2020 (review), given how both phones represent the “value” offerings from the respective brands. Watch this space for more.
ShareTweetShare
Share