91mobiles.com
Home News Google Pixel 5 and Pixel 4a 5G launch date may have been...
Highlights 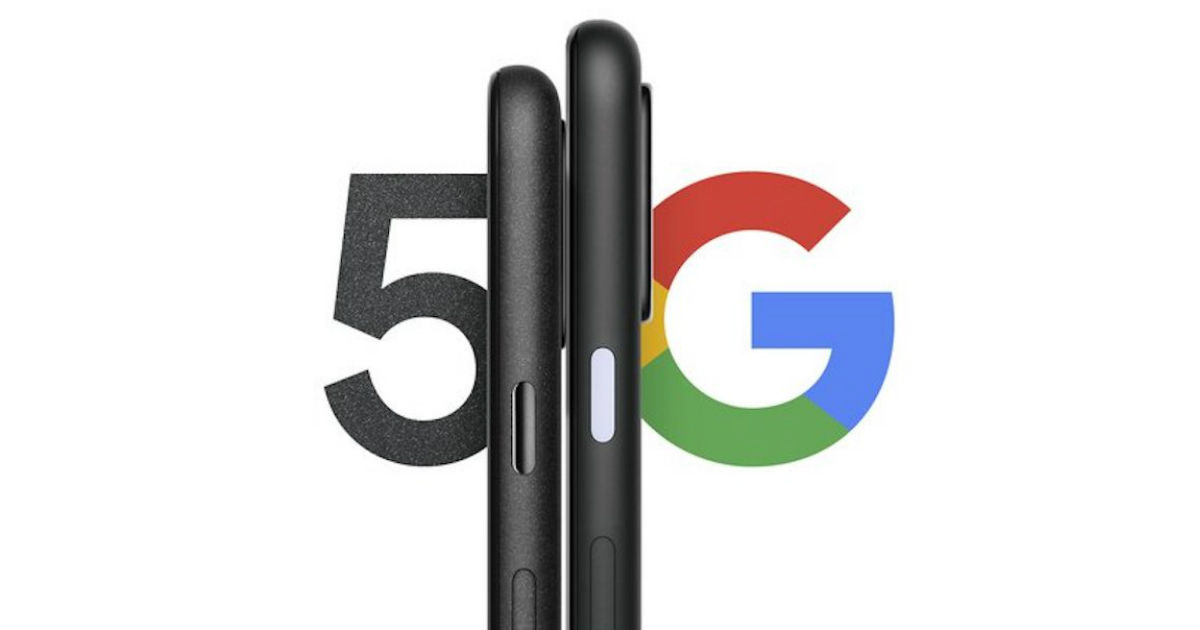 The Google Pixel 4a mid-range phone was announced earlier this week and will launch in India in October. The company had also teased the upcoming Pixel 5 and Pixel 4a 5G as well, revealing that the phones will be coming in fall. Unfortunately, these two Pixel phones will not be coming India. Now, it looks like Google France may have accidentally revealed the launch date of the Pixel 5 and Pixel 4a 5G. Both the phones will seemingly be up for pre-orders on October 8th. While the listing has now been taken down, the Pixel 5 version seems to be accessible via Google cache. The pre-order timeline falls in-line with Google’s hardware event that is expected to take place in October. 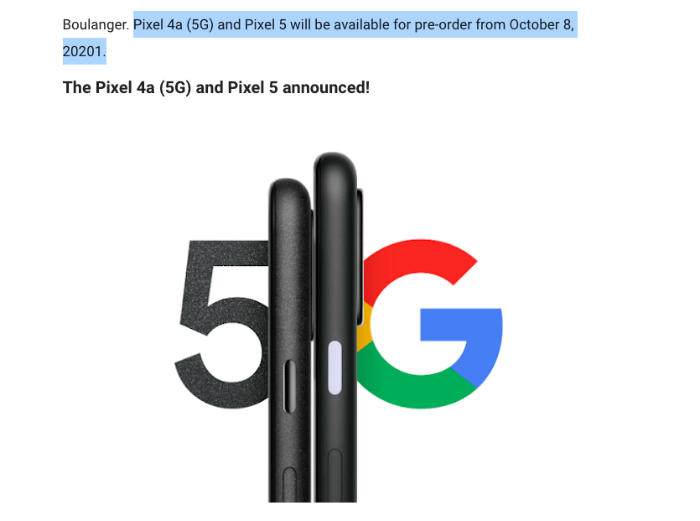 The October hardware event is likely to be an online-only ‘Made by Google’ conference where we expect to see new Pixel phones, an Android TV dongle, and the Google Home successor, among other things. However, that can’t be said for certain as a lot still depends on the ongoing global coronavirus pandemic, which caused the delay in the announcement of the Google Pixel 4a.

The Google Pixel 4a sports a 5.8-inch full HD+ OLED display with a punch-hole cutout on the top left corner and standard 60Hz refresh rate. The phone is powered by the Snapdragon 730G SoC coupled with 6GB RAM and 128GB internal storage. It runs on Android 10 OS but will get Android 11 upgrade later this year. The Pixel 4a has a single 12MP camera with OIS and LED flash. There is an 8MP snapper on the front for selfies and video chats. The phone houses a modest 3,140mAh battery and supports 18W fast charging.