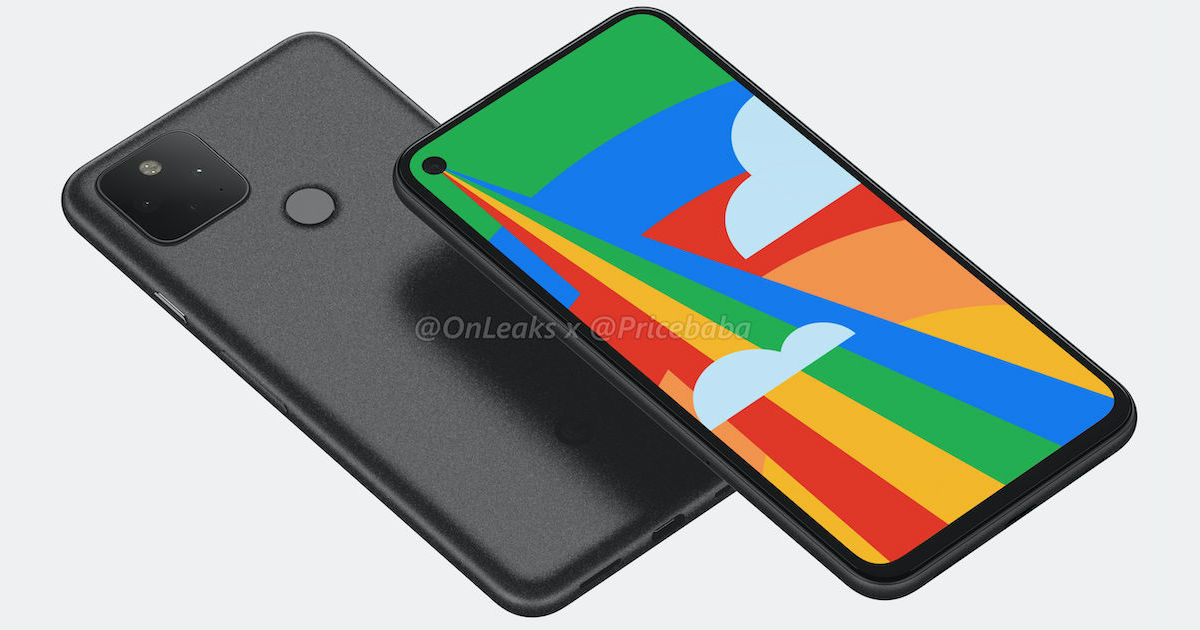 Pixel 5 and Pixel 4a 5G are confirmed to debut sometime before the end of this year. Back in August, we’ve come across the render images of the phone that showed off the complete design in full glory. Now, live images of an alleged Pixel 5s smartphone have surfaced online, courtesy of Mexican radio host Jose Antonio Ponton. While the design of the phone is identical to that of the standard Pixel 5, the image of the About section mentions the name Pixel 5s, which is odd. It is possible that Google is working on a low-cost Pixel 5s for specific markets or it was an error in the build-info. 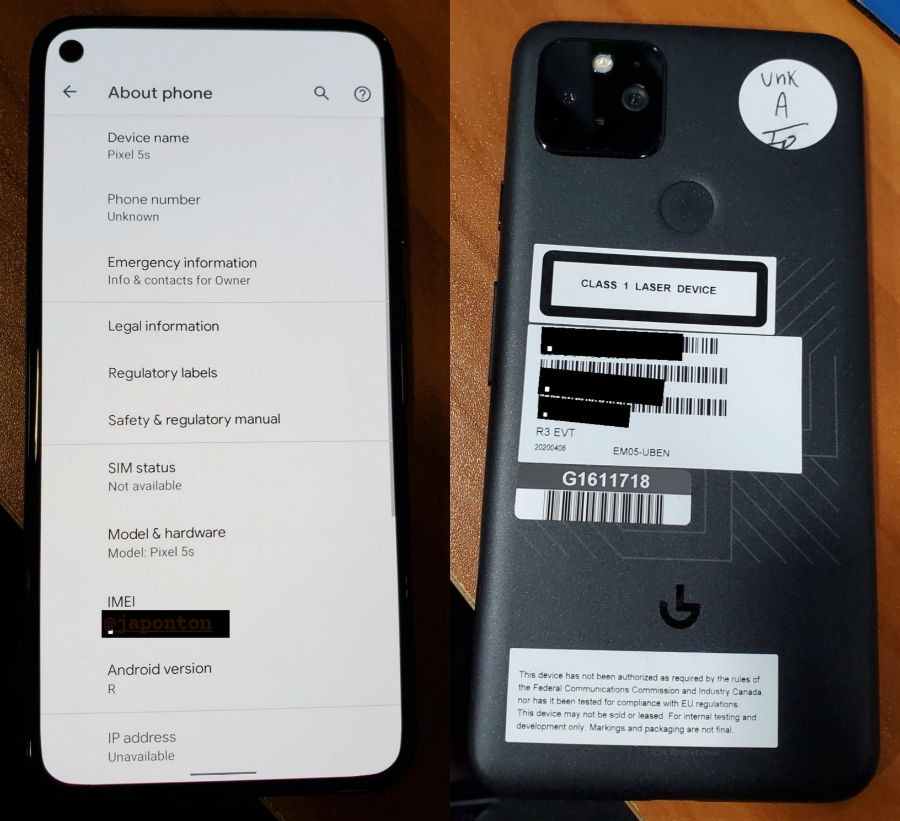 The alleged Pixel 5s has a punch-hole design on the front to accommodate the selfie camera and narrow bezels. It has a square-camera module at the back which has an LED flash and dual sensors. Interestingly, Google seems to have replaced the telephoto lens from Pixel 4 with a wide-angle sensor. There is a physical fingerprint sensor positioned below the camera module and Google logo. The back has a textured finish. The volume rocker and power button are on the right. Pixel 5s has several regulatory stickers at the back, which suggest it’s a testing unit and not the final product.

If it’s indeed Pixel 5s, how Google would differentiate it from the regular Pixel 5 is a mystery for now. The phone could be a Pixel 5 variant that may or may not come with mmWave 5G support. The FCC certification revealed there will be a total of five Pixel 5 variants of which two models — GD1YQ and G6QU3 support both mmWave and Sub-6GHz. We should learn more about the Pixel 5 line-up in the next few weeks. Stay tuned.