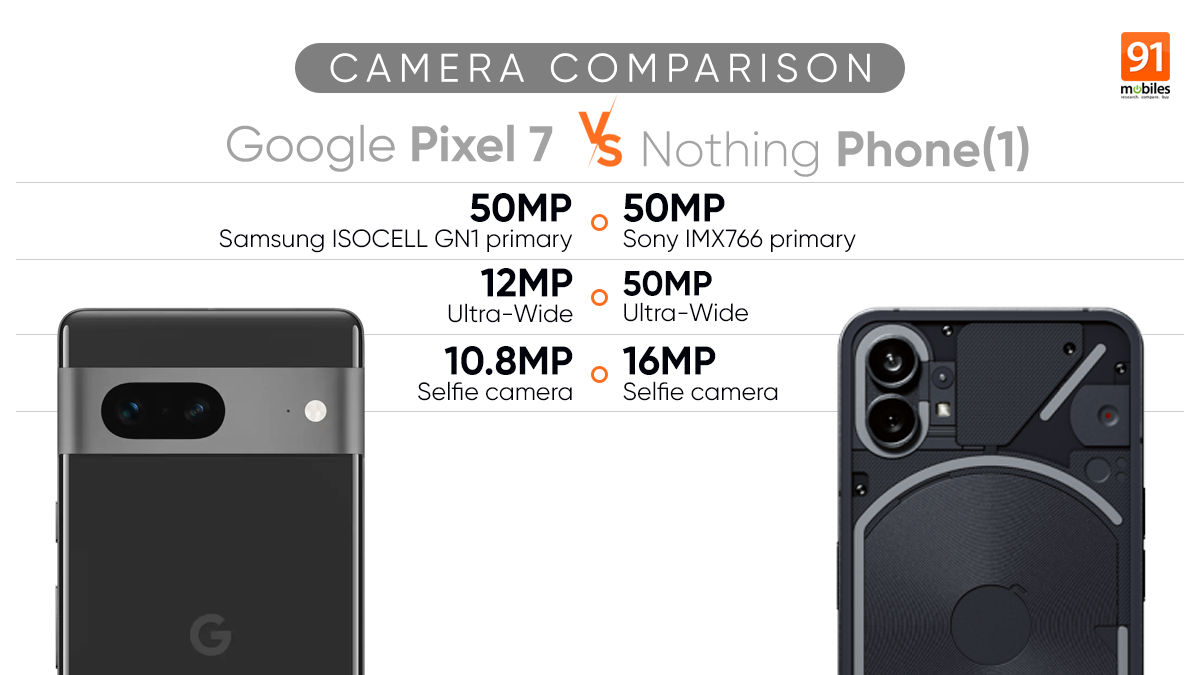 Google’s flagship Pixel series has been absent from the Indian market since 2018 but the company has now made a comeback through its new Pixel 7 lineup. The American tech giant’s top-of-the-line Pixel 7 Pro (review) competes with the premium flagships in the market but the regular Pixel 7 (review) comes across as a more reasonable option. I am pretty interested in checking out what camera goodies the Pixel 7 is hiding underneath the hood since the phones have long established themselves as masters of image capturing. 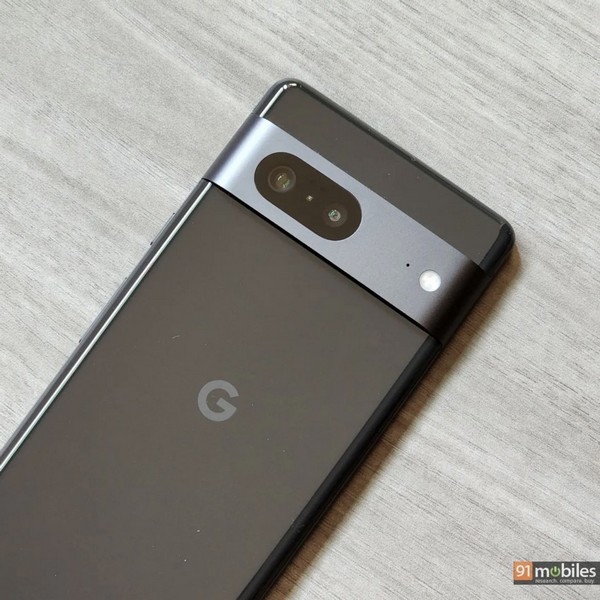 The phone comes with a dual-camera setup wherein the 50MP primary and 12MP ultra-wide shooters are both borrowed from the Pro model. A phone with a similar camera setup is the Nothing Phone (1) (review) which has dual 50MP sensors. Let’s pit both phones against each other to see if the Pixel 7’s nearly Rs 60,000 price tag makes sense from a camera perspective against the Nothing’s Rs 32,999 starting cost. 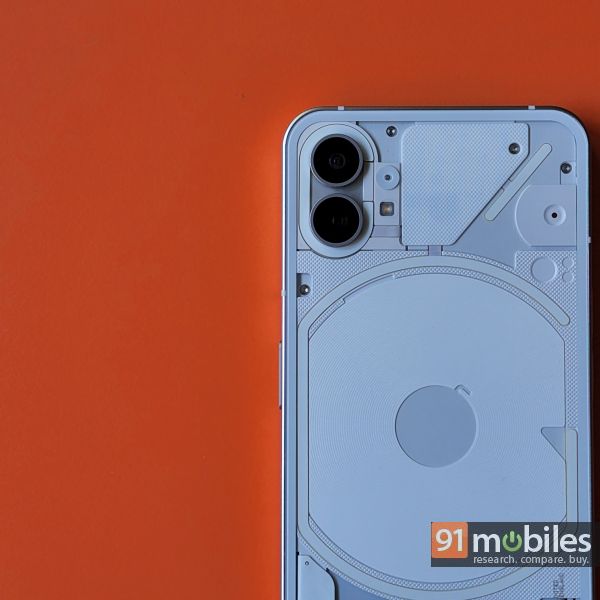 The Pixel 7’s 50MP primary camera defaults to 12.5MP photos and there is no way by which the sensor can take full-resolution shots via the default camera app. In contrast, the Nothing Phone (1) can do both pixel-binned images at 12.5MP and full-resolution 50MP shots. However, the only advantage to this is that the latter allows you to crop further into a shot than the former. In my opinion, when viewing images on your smartphone, it really doesn’t matter if the photo is 12.5MP, 50MP or 108MP. Even so, if you are someone who prefers high-resolution photos, the Nothing Phone (1) gives you the option to click them. 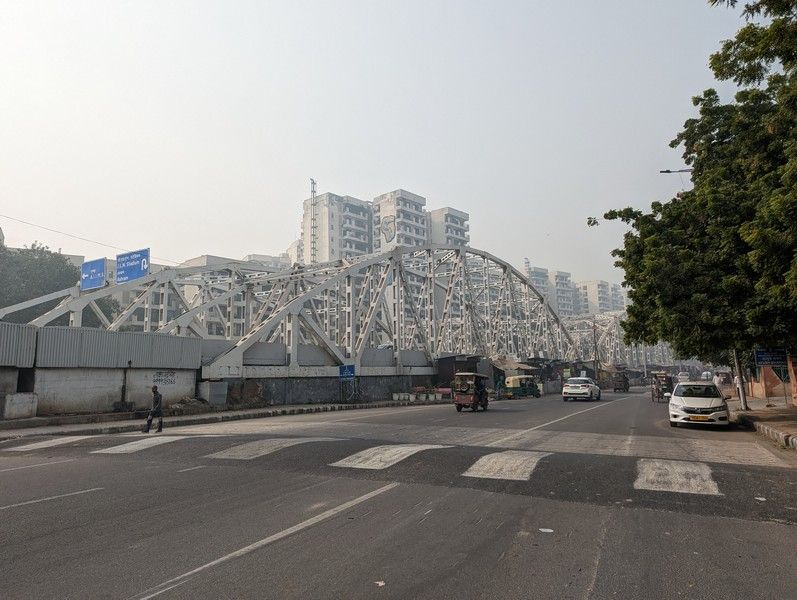 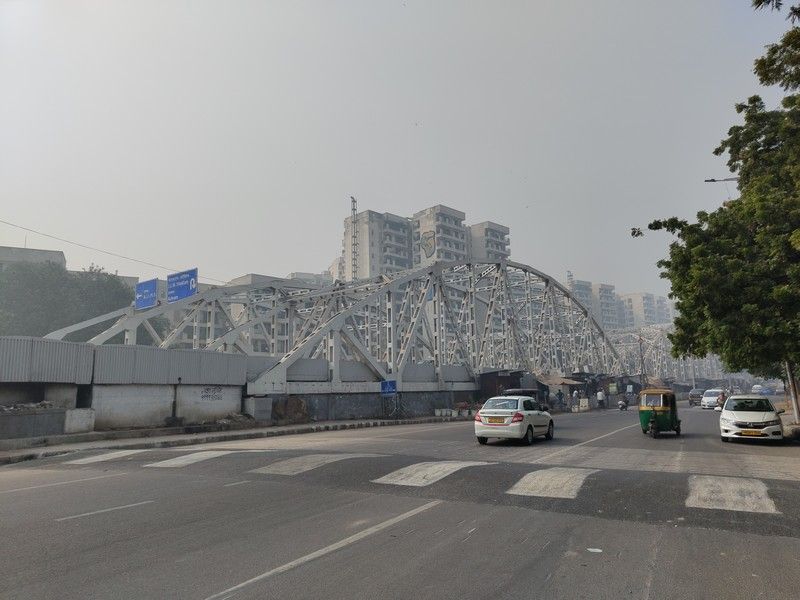 Now coming to the meat of the matter between the two smartphones. Delhi’s current heavy air pollution notwithstanding, in this first sample shot you can see that both devices do an excellent job of capturing details. Images are snapped in an instant and the focus also remains sharp. However, the Pixel 7 does a better job with colour reproduction which can be seen on the road and also in the overcast sky. Apart from that the warmer tones on the Pixel are more evident while the colour temperature remains natural with the Nothing Phone (1). The dynamic range across both devices is excellent as well. 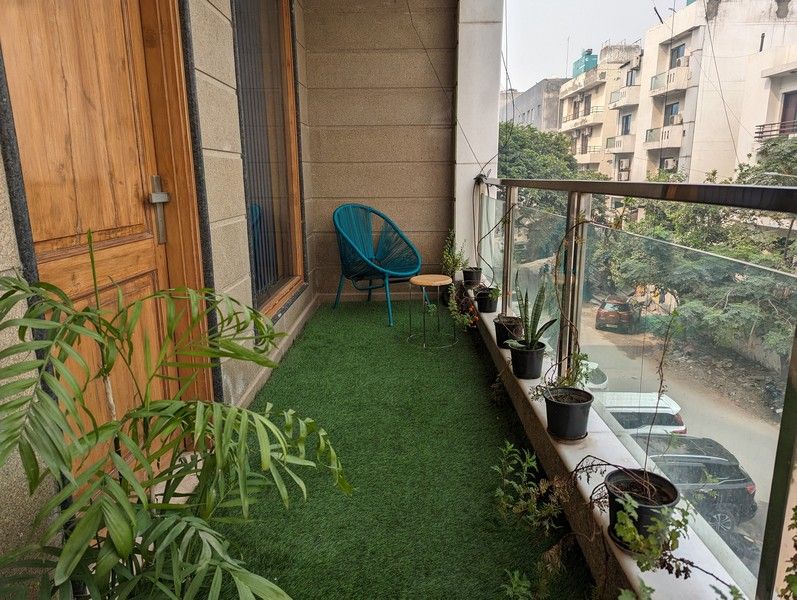 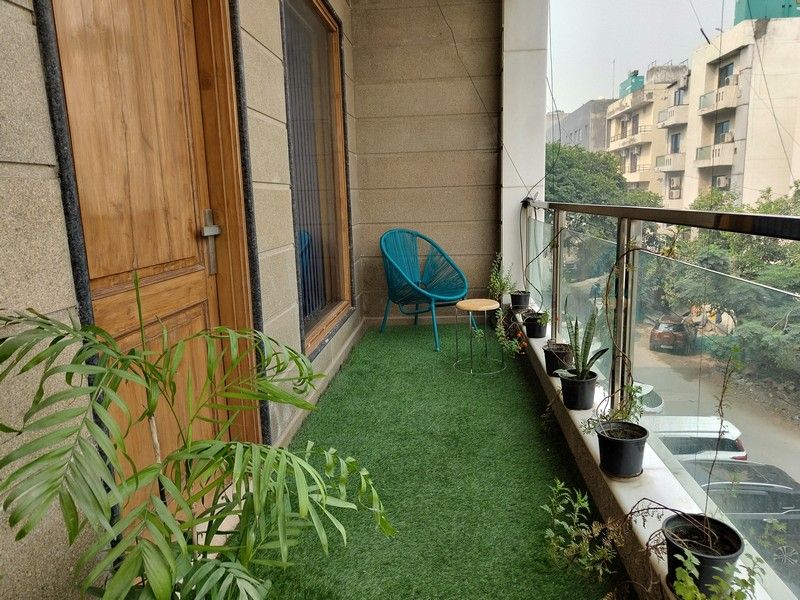 In the second sample shot as well, you can see the colours on the grass and chair are truer to life on the Pixel 7. However, the Nothing Phone (1) does a better job of bringing the closer leaves in focus while the Pixel 7 smoothens it out. I think overall, it’s more a matter of taste than any significant difference in photo quality. Google does win partially with its computational photography chops although the Nothing is not too far behind. In my opinion, this round can be called a tie. 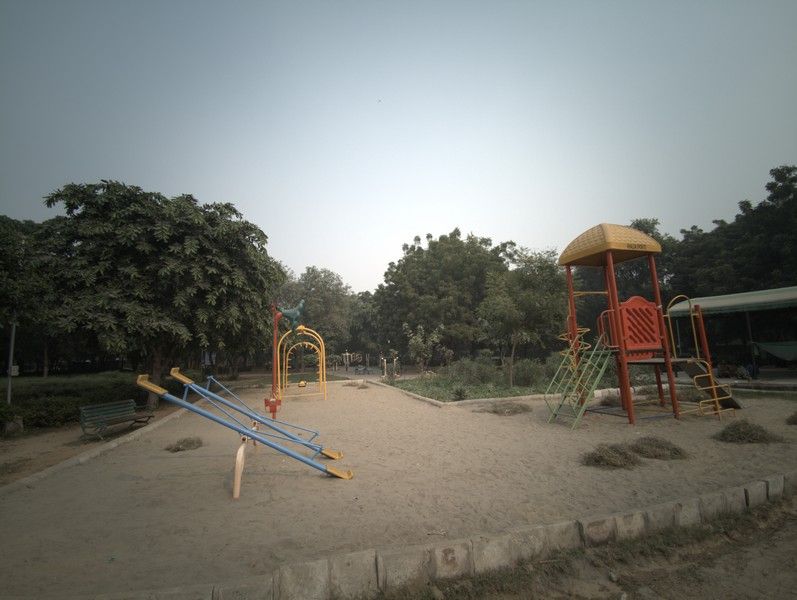 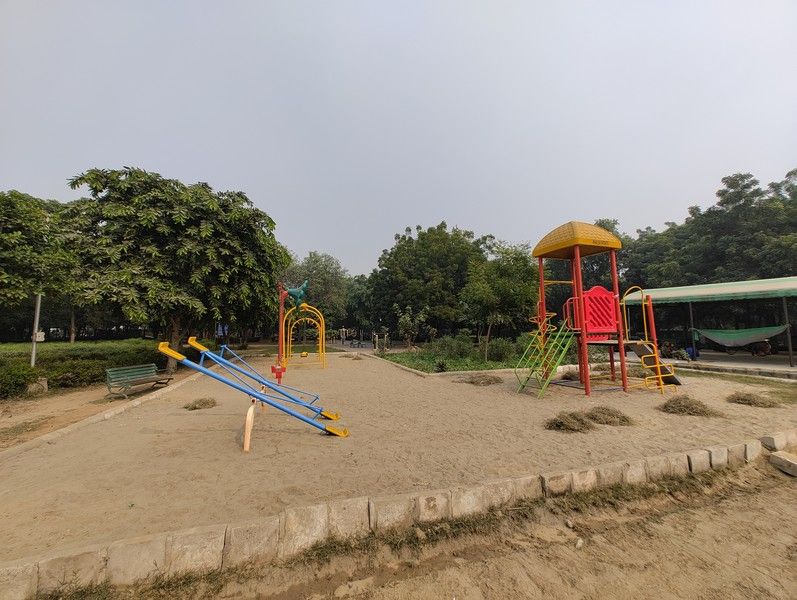 The Nothing Phone (1) has a slightly wider FoV with its ultra-wide shooter when compared to the Pixel 7. Also the former gets the benefit of snapping full-resolution 50MP photos as compared to the standard 12MP shots on the latter. In this comparison, the Nothing Phone (1) gets crisp detailing across the leaves on the trees and the red swings in the middle. The sand on the ground also has a richer texture while the Pixel 7 comes out as slightly muted. Neither phone does any kind of warping around the edges which is always nice to see. Even so, this round is definitely won by the Nothing Phone (1). 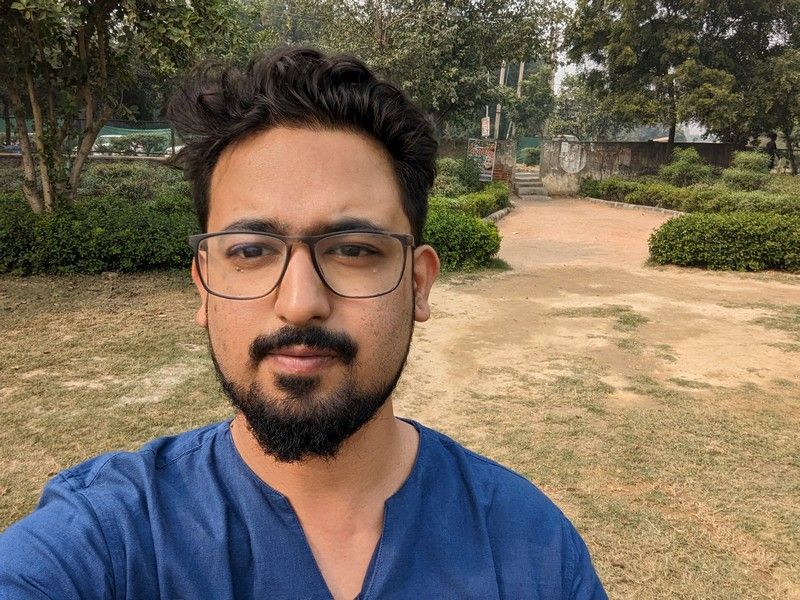 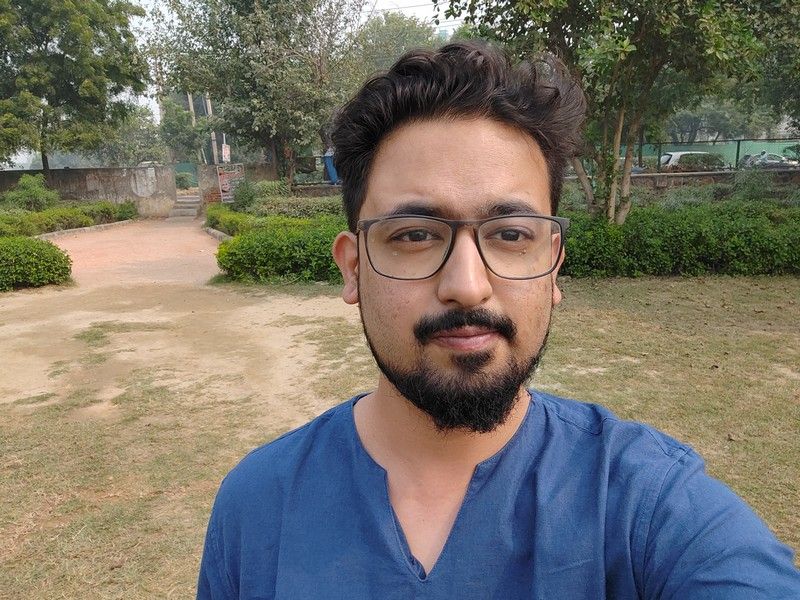 Coming to the selfies, it again becomes a matter of preference as both phones capture ample facial details with good exposure levels behind my face. Also, the Pixel 7 has a slightly lower resolution 10.8MP front camera while the Nothing Phone (1) uses a 16MP shooter. Looking at the photos I can see that the Pixel 7 does a more natural job maintaining my skin colour. This round is a tie and I feel that users of both devices will be immensely satisfied with the selfies being taken. 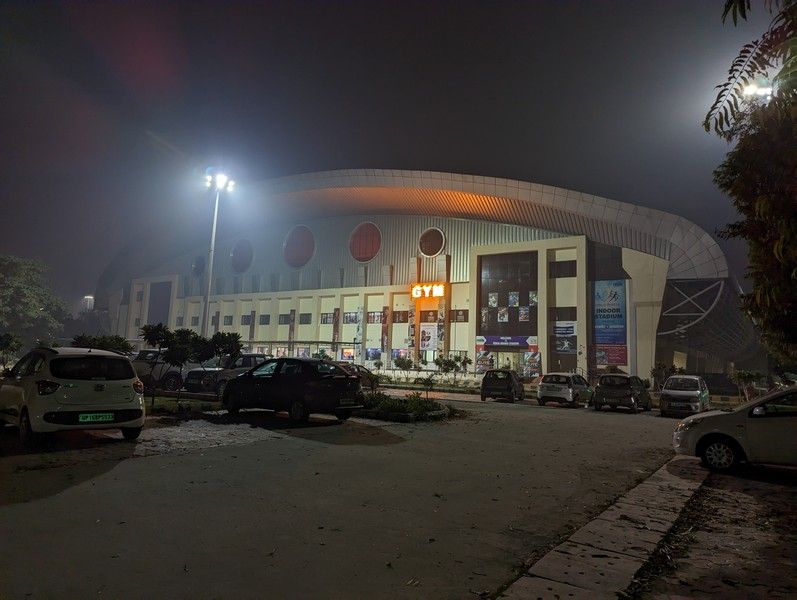 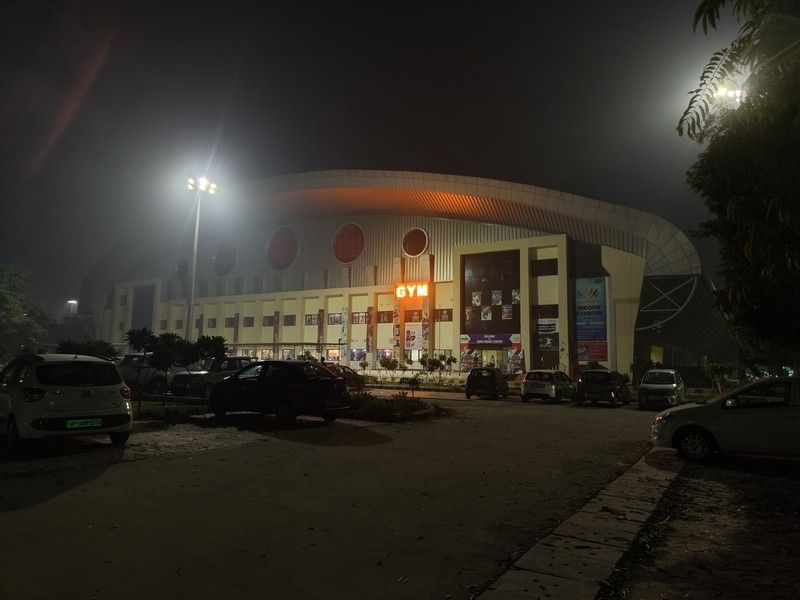 Pixel has historically taken some of the best low-light images in the Android world, but over the past couple of years competitors have been steadily catching up. Case in point is this image taken by the Nothing Phone (1) which compares very nicely to the Pixel 7 shot. You can see that the Gym logo on the Nothing Phone (1) is exposed better and gets the correct colours as compared to the Pixel 7.

There’s a fair bit of lens flare on both shots from the flood lights on the top left. However, the Pixel does a better job of exposing the whole frame while the Nothing is slightly darker. Both devices also do a spot-on job of grabbing details in the more shadowy parts of the frame. On the whole, the Pixel 7 does take a slight lead with the overall image although the Nothing Phone (1)’s attempt is commendable as well. 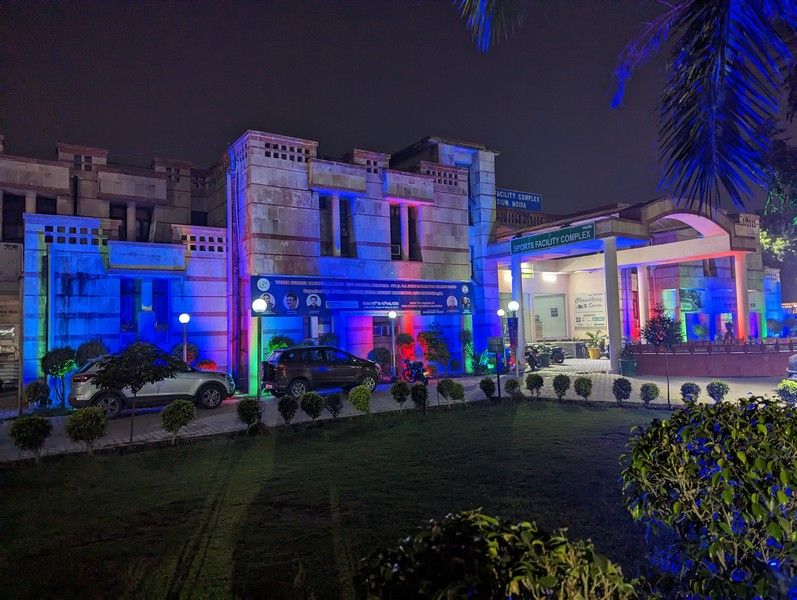 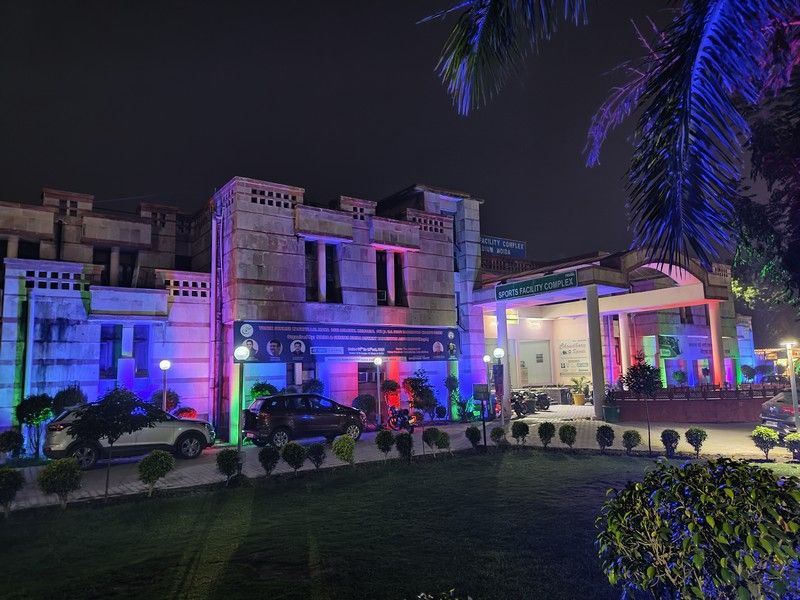 The Pixel 7 usually defaults to Night mode in low lighting conditions but you can further amplify the shots with the dedicated Night Sight feature. The same is also true with the Nothing Phone (1)’s Night Mode toggle although it doesn’t turn on by default. In the above shot, there is very little to separate the two phones in terms of overall picture clarity.

The various light colours come out exquisitely and look natural too. I did spot a higher amount of detail on the building on the Pixel 7 shot but that is just nitpicking at this point. There’s also just a hint of noise in the night sky with the Pixel 7 while the Nothing Phone does a cleaner job. It is really hard to separate the two shots so I’ll have to give this one a tie as well. 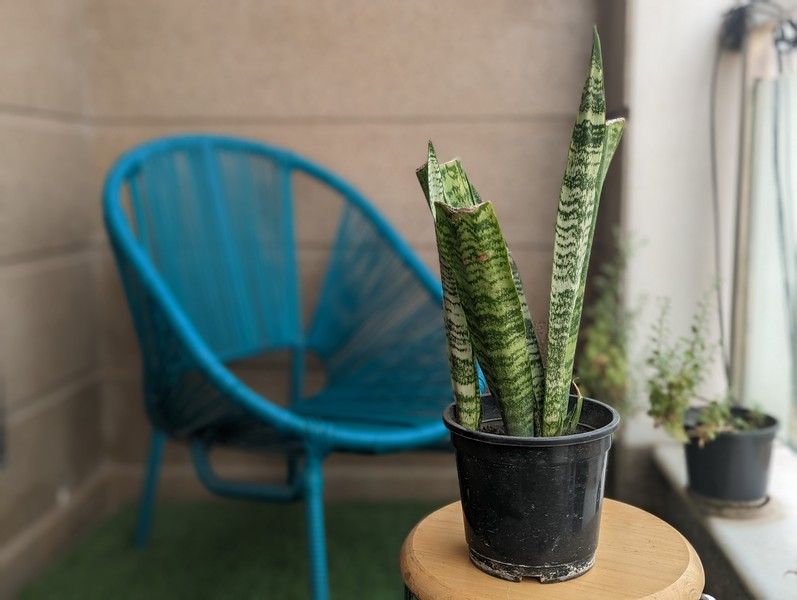 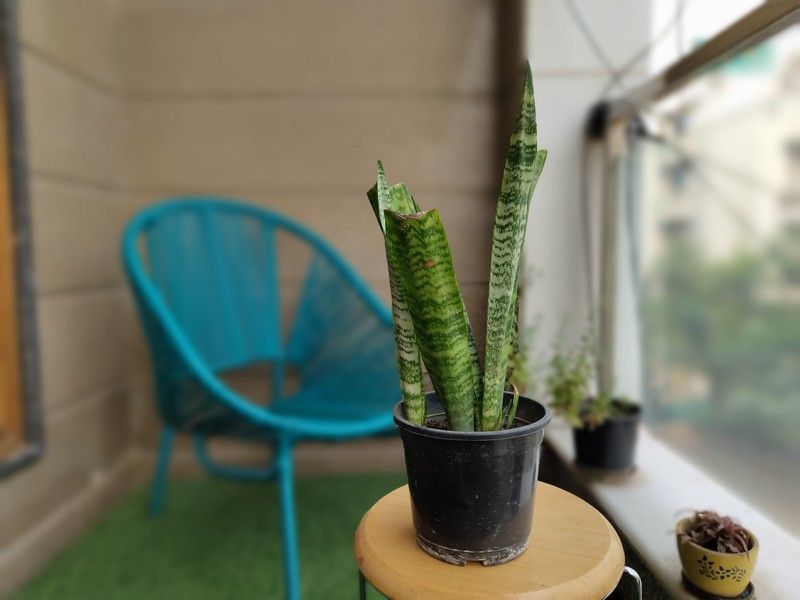 The Pixel 7 does a slightly closer crop of the subject even at 1X zoom while the Nothing Phone (1) compensates by allowing the user to adjust the level of background blur. One thing that’s undeniable is that both devices handle edge detection well and put the subject in the foreground. However, it is clear that the Pixel 7 just brings in better colours and details in the photo seen above. I also like how the chair in the background has more realistic colours than what the Nothing Phone (1) offers. 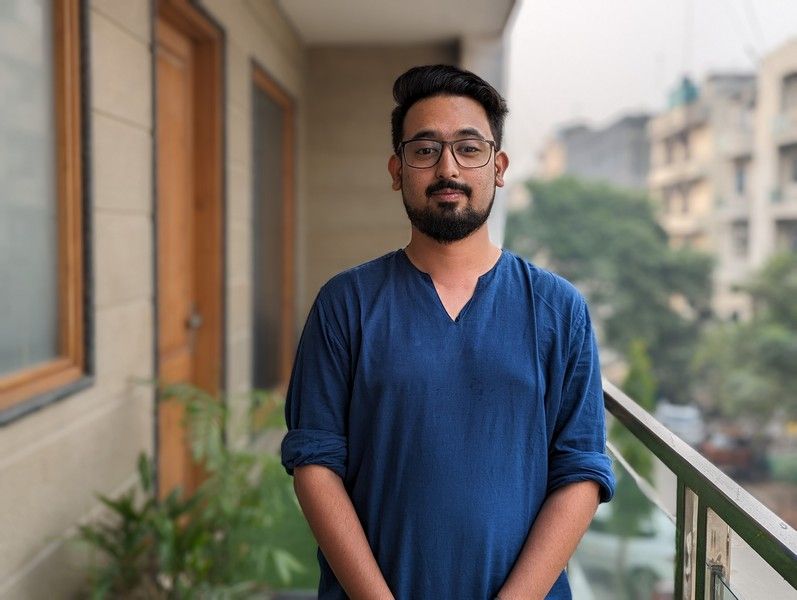 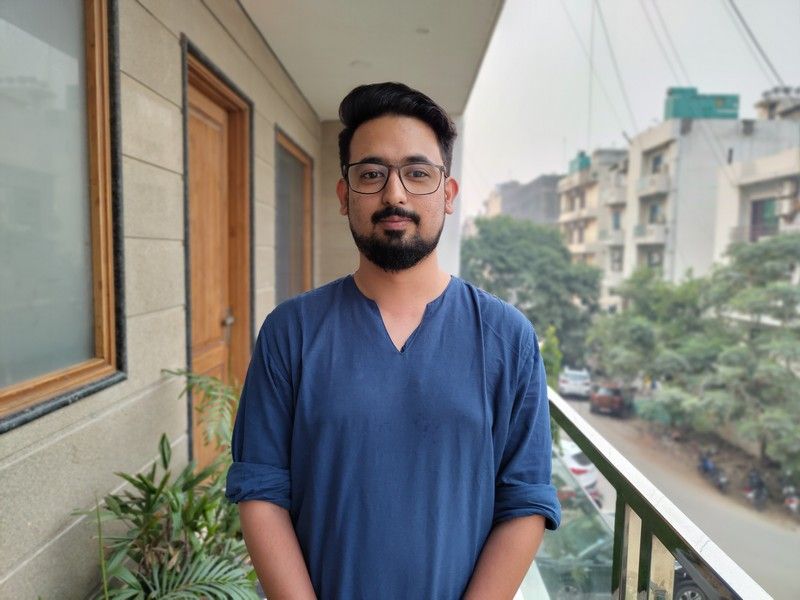 Looking at human subjects as well, the skin tones and facial detailing offered with the Pixel 7 are ahead of the Nothing Phone. There is a fair bit of oversharpening and a hint of beautification on the latter that isn’t present on the former. Also, the blur on the Pixel 7 is a bit strong while the Nothing has a slightly milder look to it. Of course, that can be put down to user preference but I do like my portrait shots with as much background blur as possible. This round is taken by the Pixel 7.

The final tally finishes with two to one in favour of the Pixel 7 with the Nothing Phone (1) winning outright when it comes to ultra-wide images. It’s also important to notice that there are three ties as well in the comparison, the most important of which I feel is in the normal daylight landscape shot. The Nothing Phone (1) does hide a few tricks up its sleeves such as macro shooting capabilities which the Pixel 7 lacks.

On the other hand, the Pixel 7 leverages Google’s impeccable computational photography strengths to churn out highly detailed long-exposure shots and Cinematic video footage, both of which are absent on the Nothing Phone (1). I feel that the Pixel 7’s higher price tag doesn’t particularly give it outright superiority in the photography department. Users looking to save some money but still wanting a decent point-and-shoot camera experience will not be disappointed with the Nothing Phone (1).