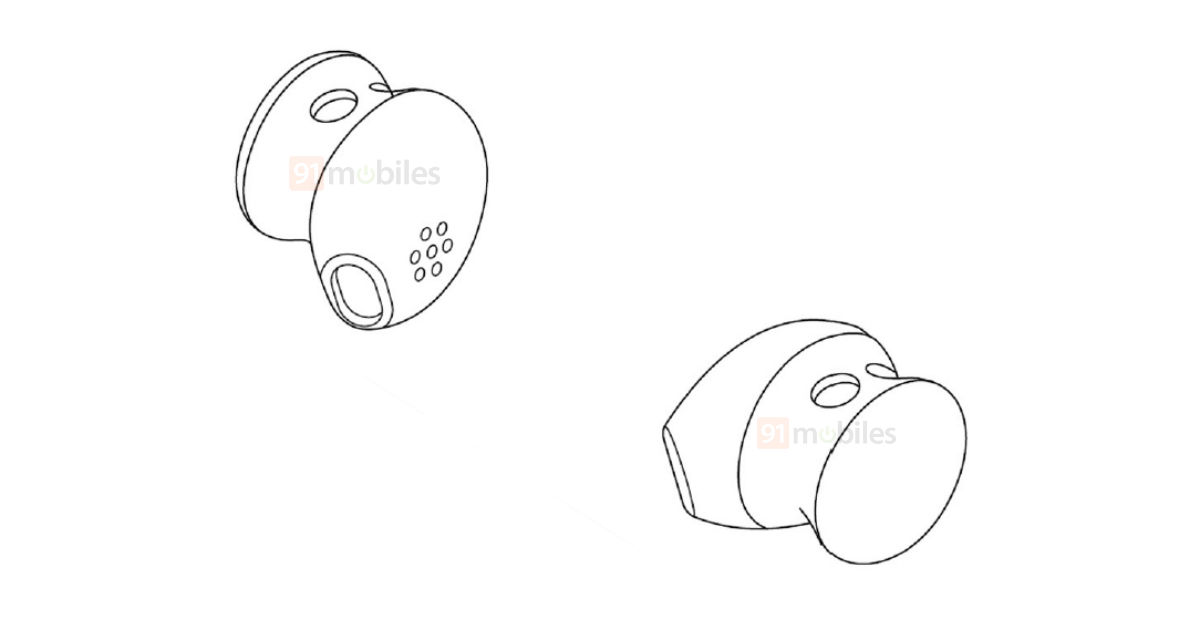 The first thing to note about the Google Pixel Buds 3 is that they are quite small in comparison with the second-generation option. Gone are the fins and the eartips that we saw in the Pixel Buds 2 – instead you get the design of the first-generation Pixel Buds, sans the wire. This design is certainly much smaller and ergonomic than what we can look forward to from the summer 2020 edition. Take a look at the patent images in the gallery below: As for the Pixel Buds 3 launch timeline, nothing is known at the moment. In fact, as mentioned above, even the second-generation iteration of Google’s TWS earphones haven’t yet hit the market. The company has already revealed the earbuds will be priced at $179 (about Rs 13,500) and will have Google Assistant support, fast pairing, wireless charging case, etc. These have already been spotted on the website of the Bluetooth SIG and FCC websites with model numbers G1007 and G1008. Another Google TWS earbuds case with model number G1013 on the website of the Wireless Power Consortium in March this year.

At the moment, little to nothing is known about the features of the third-generation Google Pixel Buds, so let’s wait and watch for leaks in the coming weeks.