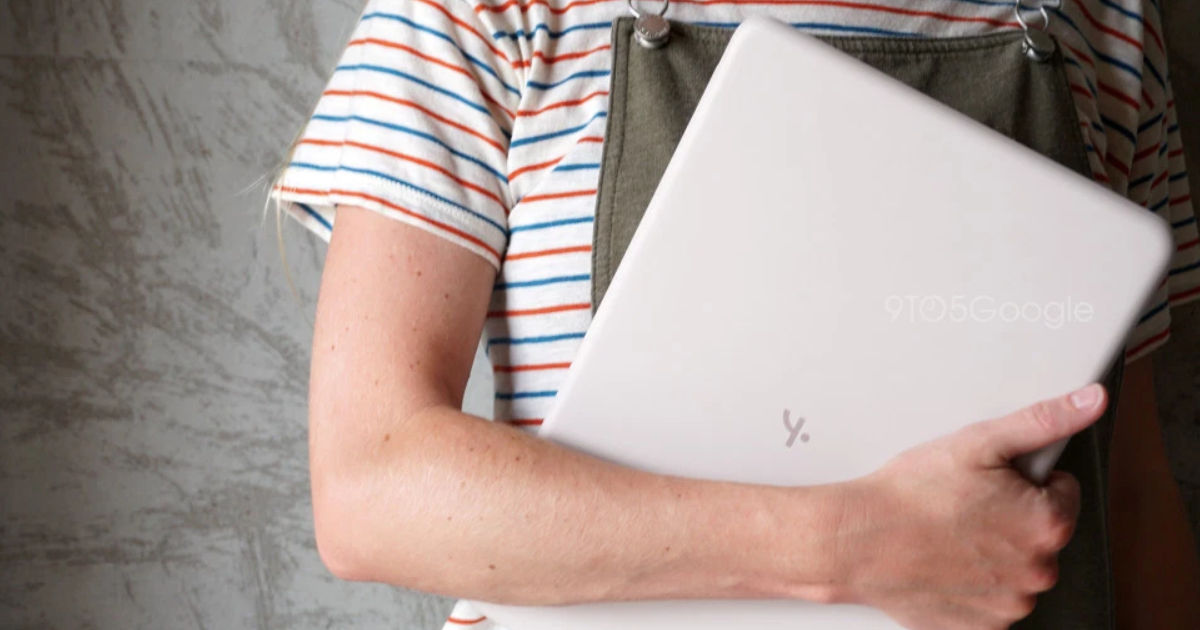 The Pixelbook Go is rumoured to be the upcoming laptop from Google. The name was confirmed last month in a report, and now, images of the laptop’s prototype have surfaced (courtesy 9to5Google) giving us our first look of the upcoming offering. The Pixelbook Go, as seen from the images, will be unlike its predecessor. The ChromeOS-powered laptop will reportedly feature a unique ribbed texture on the bottom, which looks “somewhat similar to a washboard or the roof of a dog’s mouth.” The machine has a coral paint job at the bottom with a matte finish on the top that may remind you of “Not Pink” colour version of Pixel 3 smartphone.

The lid of the Pixelbook Go is expected to house 13.3-inch display with slimmer bezels – at least from the side. The laptop also has a familiar Google Pixelbook keyboard sandwiched in between the speaker grills. Apart from this, the machine is said to have “diving board” trackpad; USB Type-C and charging LED on the left spine; and another Type-C port and 3.5mm headphone jack on the right edge. We expect to learn more about the Pixelbook Go on October 15th, at the Pixel 4 series launch event, when it’s expected to go official.

As far as the specifications go, the Pixelbook Go will reportedly feature 4K display. There will be a full-HD display variant of the laptop as well, mated with power-efficient processors, and lower RAM and storage configuration. The top-end variant of the Pixelbook Go is expected to feature Core m3, i5, and i7 processors, up to 16GB of RAM and 256GB storage options. The webcam of the machine is likely to sport a 2-megapixel sensor. The laptop may also come with powerful speakers, a couple of mics, Titan C security chip, 3.5mm audio jack, two USB-C ports with USB charging, and standard backlit keyboard and multi-touch trackpad across all variants.